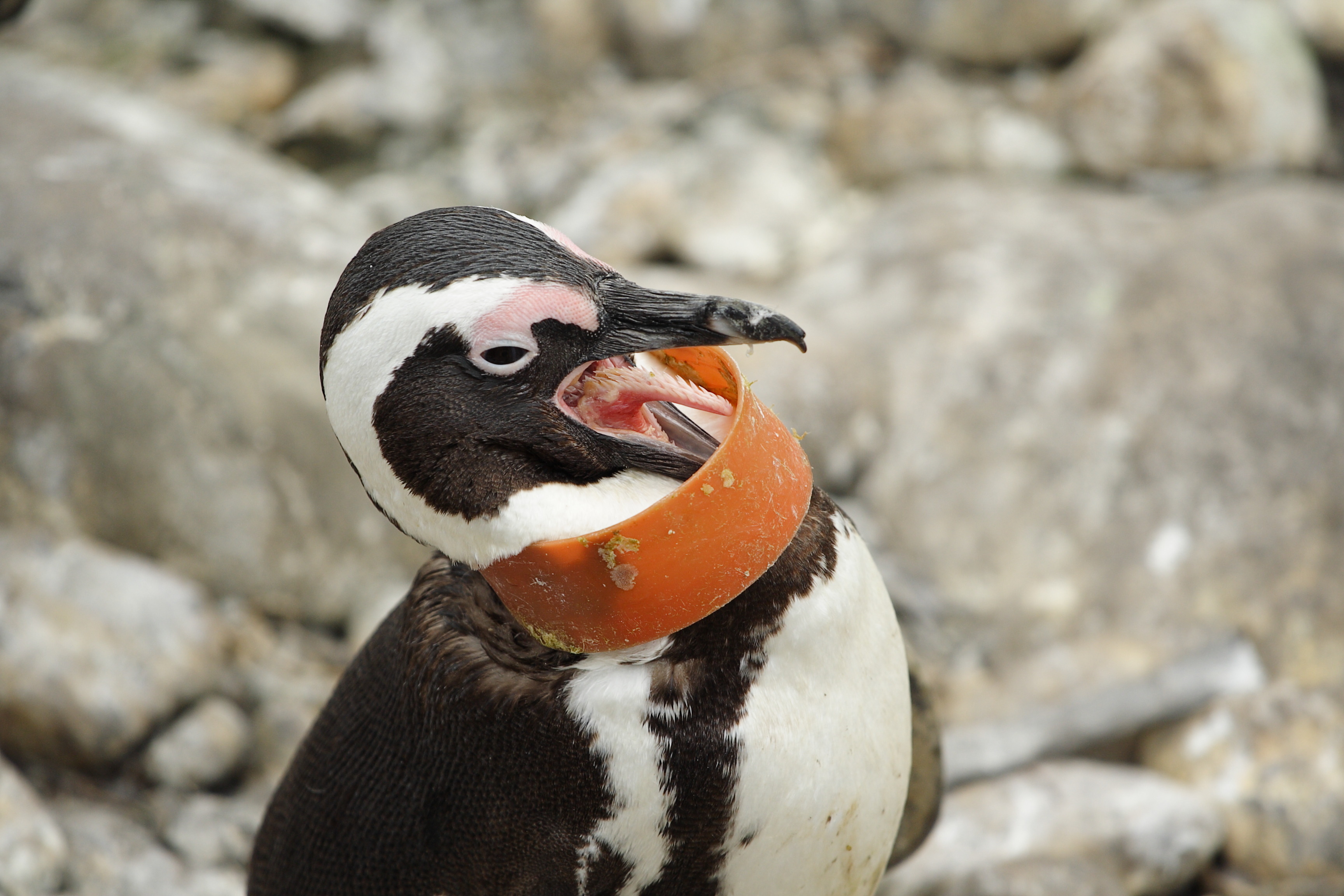 Guy writes: This is perhaps not the most appealing image but I believe the ability of photographs to convey meaningful messages is their most important value.

Recently, there has been huge concern being expressed about the levels of plastic polluting our oceans with an estimated eight million tonnes being dumped annually. The effects range from the direct impact of discarded plastic on marine life to the more insidious threat of microplastic particles at the very base of the food chain. The astonishing ‘Blue Planet 2’ series really brought some of these issues home with some graphic footage of albatross parents unwittingly feeding their chicks plastic and mother dolphins potentially exposing their new-born calves to pollutants through their contaminated milk. David Attenborough and his BBC colleagues have helped raise this issue further up the political agenda and we now need governments and the public to act across the global stage.

Against this sombre backdrop, it was recently (20 Jan) ‘Penguin Awareness Day’ – I also gather there is also a ‘World Penguin Day’ on the April 25 – which seems to shows the popularity of this enigmatic group of birds. These events made me recall one of my own personal experiences of seeing the impacts of plastics at first hand (the crazy cormorant rescue off the coast of Peru is a story for another time!).

In 2008, I visited an African penguin breeding colony at Stony Point Nature Reserve in the coastal town of Betty’s Bay, South Africa. The bird is less attractively known as the jackass penguin. The reserve allows the public the chance to see these wonderful birds up close and personal, via the boardwalk running through the colony. Unfortunately the population in South Africa and Namibia appears to be freefall, with adult survival rates over the last decade desperately low. This is largely attributed to food shortages due to commercial fishing and environmental fluctuations. This led to its uplisting in 2010 to ‘Endangered’ on the IUCN Red List of globally threatened species. Five of the 18 penguin species share this sorry conservation status with a further eight listed as ‘Vulnerable’ or ‘Near-threatened’.

Anyway, whilst enjoying the colony we spotted this poor penguin with its lower mandible firmly wedged into a circular piece of orange plastic around its neck. This looked like a dead penguin waddling – but what to do – how exactly do you p-p-pick up a penguin? Chasing one around inside a breeding colony with incubating birds seemed a recipe for further disaster so we decided to wait. Eventually, as the bird moved through the colony, it neared the boardwalk. Wielding my coat like an expectant matador, I guided the bird to my partner hanging anxiously over the edge of the boardwalk. Whilst an experienced bird handler, this certainly did not extend to penguins. However, a decisive grab captured the ungrateful bird – an amazingly strong lump of muscle. With the plastic removed the bird went back to normal life. Whilst immensely satisfying to have helped this individual bird, the overall prospects for this species currently appear fairly grim. We all need to hope that society can start to make some meaningful progress on improving our marine environment – otherwise the only jackasses left may well be ourselves!