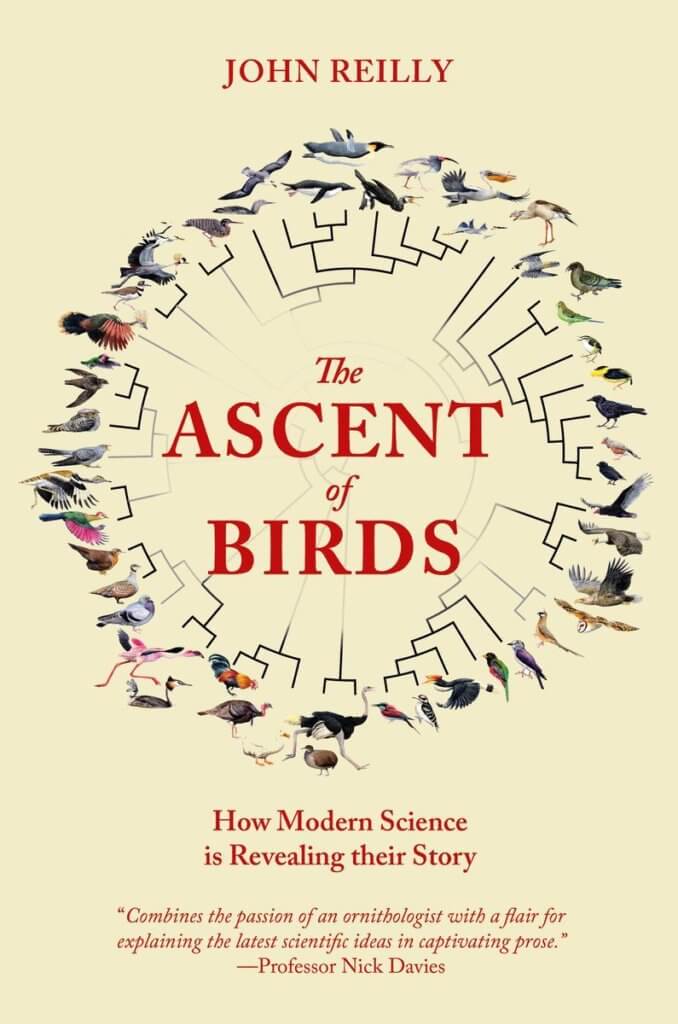 This is a book for the intelligent and inquisitive birder – which may limit its reach somewhat – but also for students of evolutionary biology and all those who have wondered at how we have ended up, in any part of the world, with the mix of species we see today.  It is a book about the evolutionary origins of, and relationships between, different groups of birds and about biogeography. And it is written in a very readable way by someone who clearly is, himself, an intelligent and inquisitive birder but also an eminent haematologist.

This is a fascinating subject and it gets more and more interesting the deeper one gets into it.  Ian Newton’s book, Speciation and Biogeography of Birds has been my favourite on the subject since it appeared in 2003, but this book now leads the field in my opinion.  It is up to date, comprehensive and beautifully written – a masterful example of clarity in a difficult field.  There are some passages, it must be said, where the technically precise language is a bit turgid, by necessity, but they are few and far between.

My first field guide, and most of its successors, had divers at the front and passerines at the back – the passerines are still at the back but the order of the groups of birds preceding them has changed a lot over the last decades. And when I use Birdtrack  I still get  slightly confused when I see that the Kestrel I saw is now separated on the list from the buzzards, harriers, accipiters and kites by rails, waders, gulls, terns, pigeons, woodpeckers and others! And somehow, the order ‘Cetti’s Warbler, Long-tailed Tit, Chiffchaff’ always looks like a misprint to me.  But these changes represent the visible tip, visible to this UK-based ordinary birder, of massive changes in knowledge on the phylogeny of birds.  Eventually we might think about adjusting the common English names better to follow the taxonomic truths – will that ever happen?

On a global scale this is a fascinating story, told well, of evolutionary change and continental drift.  How did parrots end up in Australia and South America, but with a just a few species in Africa and elsewhere, the answers are in this book. If the thought of parrots living in Antarctica is shocking and intriguing for you then this might well be the book for you.

I enjoyed this book very much and recommend it to those who want to understand better why they see the birds they do in different parts of the world. I admire the author’s skill in making this subject accessible to a non-expert who wants to understand things better. But why take my word for it when the book’s cover displays praise from the likes of Prof Nick Davies of Cambridge University, Prof Peter Grant of Princeton and Prof Gerald Mayr of the Senckenberg Research Institute? I don’t pay much attention to the snippets of praise from others on books’ covers – I have sometimes wondered after reading a book myself whether the famous so-and-so praising some dull book to the heavens had actually read it – but these three academics are unlikely to dish praise around cheaply for a book about science and so their recommendations were a strong signal of the quality that lies within this book’s covers.

This is probably the most important and impressive book so far published by Pelagic Publishing and I hope it does well for both the author and the publisher.

The Ascent of Birds: how modern science is revealing their story by John Reilly is published by Pelagic Publishing.