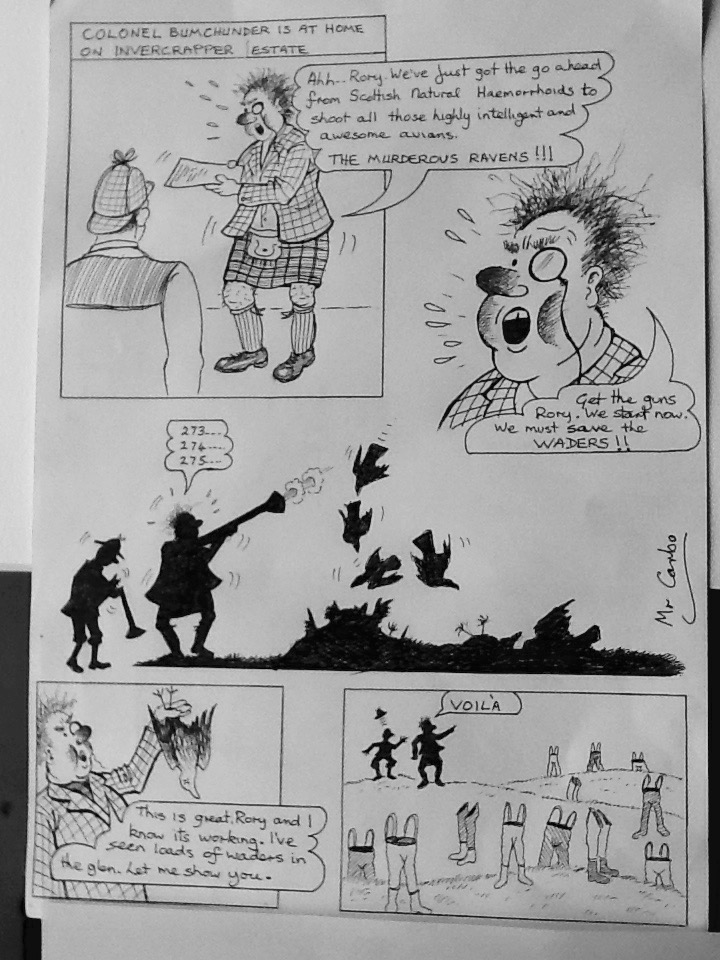 The decision of SNH to issue a licence for a mass cull of  Ravens in Perthshire is absolutely stunning in its stupidity – see here.

The next thing they’ll suggest is taking away Ravens from their nests, raising them in captivity and then letting them go again a few weeks later – see here. It seems as if our statutory nature conservation agencies are having a competition to judge who can do suck up to shooting interests the most and who can turn their backs on nature conservation the most.  I’m not sure whether SNH has edged ahead with this plan.

Please sign this petition to register your disapproval and email the Chair of SNH, Dr Mike Cantlay, to make your points too chair@snh.gov.uk .