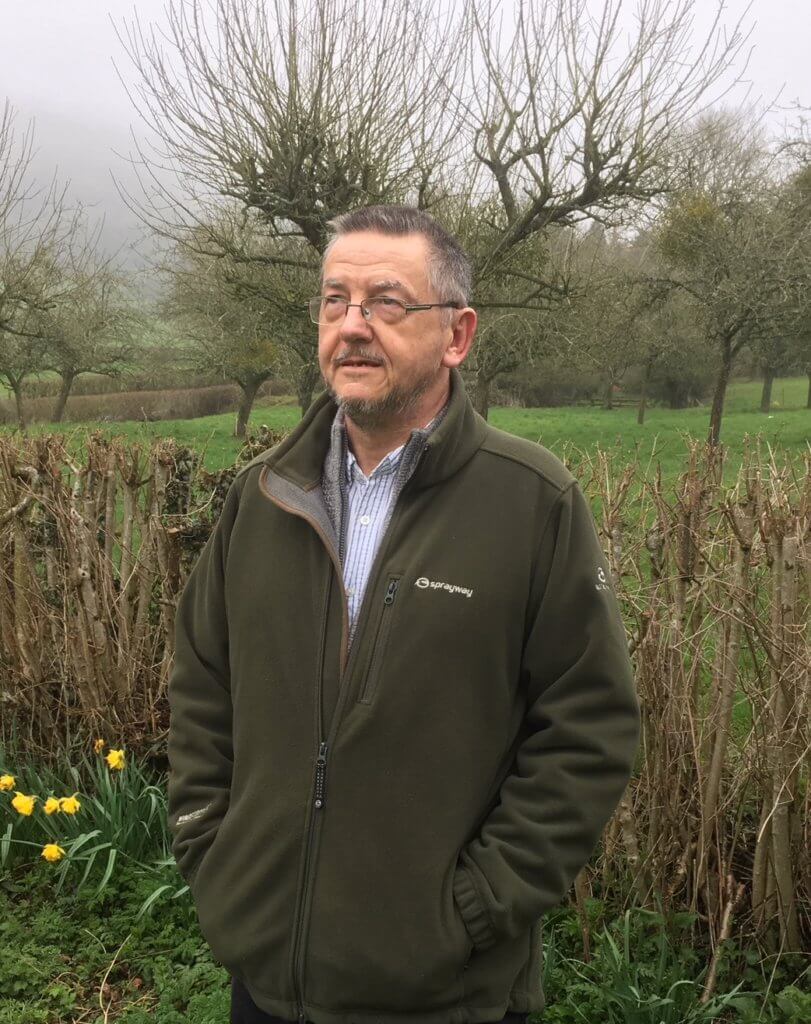 Nigel Rowley is a founder member of the Save Mortimer Forest campaign which was started earlier this year when the public became aware of proposals by the Forestry Commission and Forest Holidays to build a large holiday complex in Mortimer Forest.

Mortimer Forest, near Ludlow, on the border of Herefordshire and Shropshire, a tranquil place filled with wildlife, is currently faced with the threat of a large holiday village of nearly 70 holiday houses. Despite the land being publicly owned by the Forestry Commission, Forest Holidays (a company that Mark has previously written about both on here and in the Guardian) is planning a massive holiday park in the heart of the forest on a 125 year lease for a peppercorn rent.

I’m part of a campaign group – Save Mortimer Forest – made up of locals from both counties who are opposed to the scheme: walkers, cyclists, naturalists, runners, horse-riders, conservationists, artists, dog-walkers and many more. People who love, appreciate and use this forest every day, every week, every month. Many of us in the group have faced a steep learning curve, met with details of complicated legislation and processes we’ve never dealt with before. Luckily, the surrounding area is also packed full of knowledgeable experts and seasoned campaigners who have lent us their experience, advice and expertise free of charge.

What Forest Holidays represent is effectively the privatisation of our public forests by the back door and we’re not the only ones who think this and are fighting them. Our fellow campaigners, Friends of Fineshade, have successfully fought them off, for now at least, and our friends at Delamere Forest had a long and sustained campaign which was only defeated recently, after a long and hard fought battle. Public forests up and down the country are being targeted for development to deliver large profits to Forest Holidays (majority owned by a private equity fund) and it offers a terrible deal for the Forestry Commission, with land being handed over for measly rents – just £3k per holiday house per year – when Forest Holidays charge in excess of £2,500 per WEEK for some properties.

Mortimer Forest is a truly special place with a fascinating history. We’re lucky to have many rare and protected species in the forest, from the endangered Wood White Butterfly to numerous red and amber listed birds and the rare Long Haired Fallow Deer, whose ancient rutting ground lies atop Juniper Hill, at the centre of the proposed development, a piece of land that has never – in its entire history – been developed and yet which Forest Holidays are proposing to dump a 68 strong holiday park on with all the sewage, infrastructure and more that goes with it, dwarfing the nearby settlements of Elton and Pipe Aston.

Yet the planning rules and regulations, and indeed the way in which our biodiversity is protected from harm, can be pretty much a mystery to anyone who is not an expert. The layman can have all sorts of expectations when they hear the word “protected”. The Conservation of Habitats and Species Regulations (2017) aim to protect our biodiversity from harm and state “It is an offence to deliberately

kill, capture or disturb a European Protected Species, or to damage or destroy the breeding site or resting place of such an animal.” The ‘protected’ category includes most species of bats, the Hazel Dormouse, Great Crested Newts (the bane of developers!), the Smooth Snake and the rare orchid, the Lady’s Slipper. Yet because these plants and animals are themselves part of a wider ecosystem, things can become very complicated very quickly. If we take an area of forest, for example, its ecosystem comprises every animal and plant, from the very smallest to the largest, each one interacting and relying on each other.  For example, the rare Goshawk (present and breeding in Mortimer Forest) has a huge range of prey items both living and carrion, and each type of prey will have its own prey items, and so on down the chain. In the proposed developments site, these ecosystems, which take thousands of years to evolve, provide the perfect habitat for a range of protected species present on the site, including Hazel Dormice, Great Crested Newts and at least twelve species of bats. Let’s not forget the fungi and microflora too, right at the bottom of the food chain. Yet when a developer wins planning permission on a greenfield site, say in a publicly owned forest, the whole ecosystem of the area, its surroundings and all access points to the site will be destroyed. If someone applies for a licence for a protected species to move, say, a dormouse population from an area to be developed to another part of the forest, they cannot guarantee that the area they are moving the dormouse to has a compatible ecosystem to support it. And that’s for a “protected” species. Everything not covered by the licence is left behind to take their chances. Not so protected after all eh?

For Mortimer Forest’s rare and endangered Wood White butterfly, the effects of the proposed development will be disastrous. Verges (the butterfly’s natural habitat and breeding ground) will be destroyed during construction and ongoing damage will be caused by traffic thereafter. The delicate balance only exists because of the tranquil nature of the forest. Traffic fumes and oil, diesel and petrol residues from the cars will cause irreparable damage to this delicate and precious environment. The Hazel Dormice, Great Crested Newts and bats need to be able to move freely between roosting, feeding, hibernation and maternity sites without impairment.

Forest Holidays were working on the plans for Mortimer Forest for four years before going public. They did not consult any of our many local wildlife groups, conservationists and experts over that period. Four. Years. This is a not a company that genuinely cares about wildlife or local communities. We shall fight them every step of the way both here in Mortimer Forest and wherever else they turn up. We know of at least another five sites throughout the country that are being targeted and there are likely to be many more given Forest Holidays’ tactic of secretly developing plans for years without any local consultation. We are not the first to be fighting them and we shall not be the last but, the key thing I’ve learned in the last few months is that we are stronger working together. Campaign groups across the country have helped and advised us and we will do the same for others. So keep your eyes peeled if there’s a public forest near you. Watch out for what might be lurking in the bushes… we need to defeat Forest Holidays locally but we also need to make this into the national scandal that it deserves to be. Join the fight at www.save-mortimer-forest.co.uk

Mark writes: and see this piece by Simon Jenkins in The Guardian on Friday Will we stand by and watch the privatisation of our forests? which follows an article earlier this month by Ben Webster in The Times, Forests are growing…into cabin parks.

10 Replies to “Guest blog – Save Mortimer Forest by Nigel Rowley”