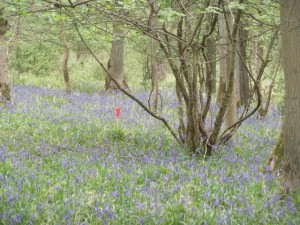 Yesterday evening’s decision by East Northants District Council was the right one, and was arrived at through a mixture of heart and head.

David Williamson, speaking for the Forestry Commission demonstrated no ecological understanding of the importance of this site and his message to the councillors was essentially ‘Don’t worry dears, it’s all OK really’.  I doubt whether this went down very well.

Parish Councillor, Sheila Hackett, spoke well and against the proposal. I thought her point that the objectivity of the FC was called into question was a very strong point.

Barrie Galpin pointed out that every ecological expert (except of course Natural England and the Woodland Trust) were against this proposal. He made a string of strong points about the weakness of the case for development.

And then we heard from all the district councillors attending the meeting.  Several of them said that they had not seen a single letter of support for the proposal and yet had been impressed by the strength of feeling and the articulacy of the case of those against the development. Some mentioned that Forest Holidays seemed to have made ‘little, if any, effort to address the concerns of residents’.  Some said that this development would go to the heart of what makes Fineshade special – and destroy it. Others said that the economic benefits of the scheme, which were acknowledged, were very low considering the area affected. There was quite a lot of concern about the road safety issues of increasing traffic into the site. Some mentioned letters from their constituents which were along the lines of this one ‘I walked there as a child and I want to walk there with my grandchildren’ – a perfectly respectable human aspiration, I thought. One said that it was wrong to cut down oak trees so that people could sit in hot tubs and drink beer.  Some pointed out that when so many ecological organisations were against such a development they couldn’t all be wrong – surely?

It felt like a mixture of nimby-ism and rationality.  When it came to the decision to reject the proposal, council officials helpfully, I think, focussed the refusal on the wildlife issues as being the strongest grounds for rejection. 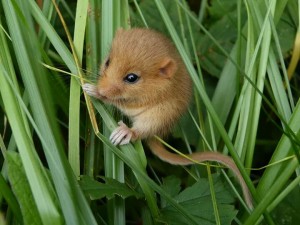 I have to say, that’s what I thought would be true. Just because you don’t like something, it doesn’t mean that the planners can’t approve it. The safest grounds for refusal were wildlife grounds. It was the Dormice and their habitat (and fellow creatures) what won it. Even if the increased traffic might have led to more accidents, and even if rejecting the proposal has saved lives, since Northants County Council (the Highways Authority) had not objected (rightly or wrongly) this was not a strong ground, legally, to refuse the application. The impacts on wildlife were strong grounds – and they may have saved some lives as a result.

If any of the local inhabitants of east Northants are thinking of voting UKIP on 7 May then they should remember that the Dormouse helped save their local environment thanks to being an EU priority species.  [Personally, I hope the right wing vote is split as much as possible between UKIP and Tories in the Corby constituency, but that’s another issue].

Forest Holidays could appeal.  But I don’t think they will, and I don’t think they should. What they should do is learn from their mistakes here – their proposal was ecologically illiterate in my view. It was a bad business decision to pay so little respect to what would obviously be a major obstacle to the application.  You would have to bank on an inept council and a weak local population to get such a badly-supported proposal through the planning system. If I were a venture capitalist I would expect rather more professionalism for my investment.  Forest Holidays should do much, much better in future applications – and they should expect a tough time ahead having shown that they aren’t very good at this type of thing in this case.

The staff of East Northants District Council do not come out of this with much credit.  Why did they appear quite so keen on this proposal? They, too, should have spotted the glaring weaknesses in the proposal and not have recommended acceptance. Not their finest hour.

The Forestry Commission come out of this very badly indeed. Are our forests safe in their hands? Often, they are. In this case, FC seem to have lost their marbles. Once lost, trust is difficult to rebuild. How often, we now have to ask, are ecologically damaging proposals being facilitated by the FC? Are our forests safe in their hands? Quis custodiet ipsos custodes? In this case, it was, it seems to me, Barrie and Trish who were keeping an eye on the guardians of our forests.  How many more Forest Holidays schemes are equally or more damaging, and equally badly supported by ecological information?  Why has FC not been seen as a fair dealer in this matter?

Natural England, in the old days, would have put themselves about a lot more. They are sadly a bit of an irrelevance in protecting nature these days. It’s a shame, but it’s where we are.

Let’s hope that a future government creates a Forest and Wildlife Service out of the good bits of FC and the remaining bits of NE, to protect our natural environment, rather than letting the two organisations witter on about stakeholders and the like. Which stake does a Dormouse hold?

I am disappointed that the local Wildlife Trust, my local wildlife trust, did not do more. Their objection was a good one, and played a strong part in informing the Council decision, but they were rather absent in the public debate. As usual, the Wildlife Trusts appeared too timid. No, you shouldn’t say ‘Boo!’ to a goose, but you should say it loud and clear to a development which will damage the wildlife of your local area.

And the Woodland Trust were hopeless. This woodland was saved despite them rather than because of them.

And yet, this decision means that a walk in the woods by man, Dormouse and Adder is still very much on the cards in east Northants for the future. It’s a pity it’s tipping down with rain today – but it is still a glad confident morning thanks to the councillors of East Northants District Council