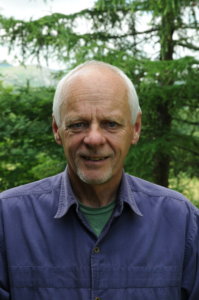 David Elias is now retired but worked for RSPB, NCC and CCW mostly as a warden on various reserves. He also spent some time working in a national park in Malawi.  His last stint was on the Berwyn Mountains in North Wales – so hen harriers are close to his heart.

He lives near Bala in the Snowdonia National Park. His longest experience and particular interest is in conservation and land use in the uplands.

He writes a blog himself: Dispatches from the undergrowth 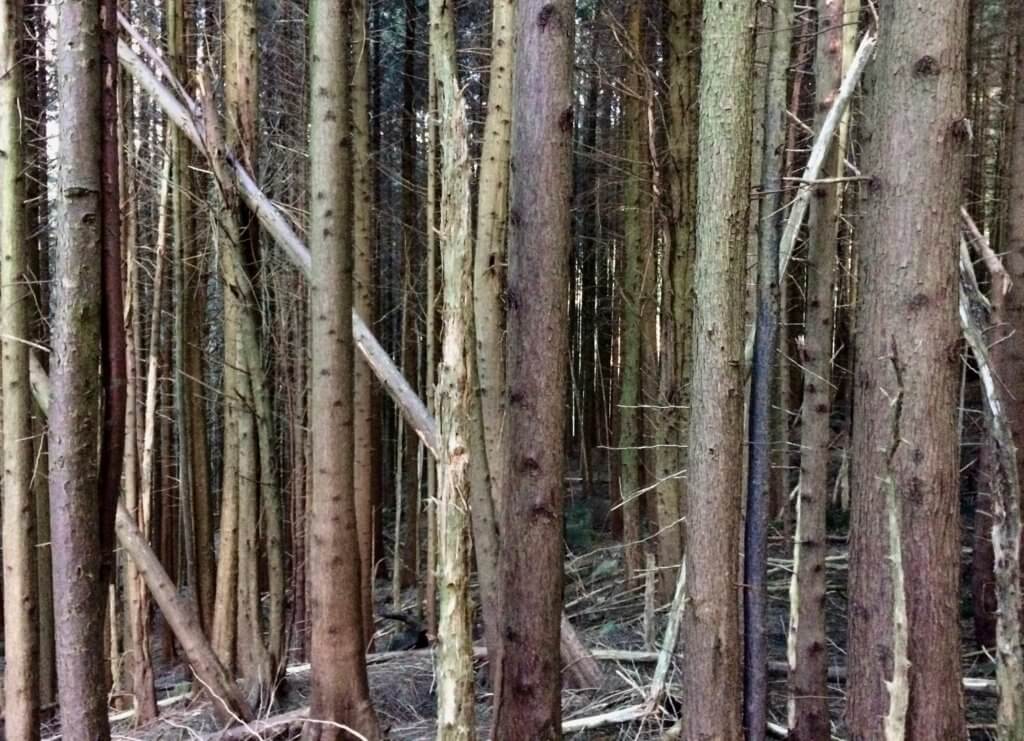 It is 8.30 on a peerless sunny morning in late April, the sort of morning I have waiting for all through a long cold winter here in North Wales. I am sitting in a conifer plantation that looks like a Bridget Riley painting in brown (an unlikely thought). The trees are forty foot tall Western Hemlocks, which stretch away in a series of vertical stripes in subtly differing shades of brown. Nightmarishly this place is the same wherever you view it from. The sun is still low so some lateral light is penetrating the gloom around the edges. I don’t suppose this plantation has been touched since it was planted fifty years ago, so now the trees are thinning themselves. Some have rotted where they stand; others dropped criss-cross on the floor like pick-up-sticks. The ground, a cushion of conifer needles, is also brown, except for a scatter of green foliage torn off by the wind.  Absolutely nothing grows here. On an overcast day (and we get a few of those) it would be difficult to see to write these notes.

Over the sound of the river at the bottom of the slope I can hear a chaffinch, mistle thrush and robin singing. I catch a snatch of wren song by the river, probably outside the plantation. Overhead a small flock of siskins twitter and buzz through the canopy. There are probably other birds: jay, song thrush, coal tit, goldcrest and so on but, apart from the siskins, they are the kind of bird you would find in any decent urban park. Also without exception they are in the sunlit canopy; so 80% of the plantation is silent and lifeless. I haven’t seen a single insect, although sunlight gleaming on the looping threads of spider webs indicates faint signs of invertebrate life.

After about an hour I can’t bear it any longer. Part of the reason I can’t bear it is because I know what was here before these trees were planted. On either side remains some glorious ffridd. This is steep, rocky grassland, wet and boggy in places, scattered with hawthorn and crab apple trees which runs down to the riverbank. It is brutally bisected by this plantation. I know this ffridd well: a vibrant place with carpets of bluebells, patches of heath spotted orchids and sundews, redstarts, cuckoos, tree pipits and buzzing with insect life in the summer. And it used also to be right here where I sit, the clues abound: dusty boulders poking through the forest floor, a ghostly section of dry-stone wall. These are a parody of the rocks and walls outside dressed in lichens and mosses, nest sites for wagtails and wheatears, and this winter an all white stoat slipping in and out of the crevices. By comparison this place is a graveyard.

To be fair I know that at the thicket stage, for 10 years or so, plantations can come alive in the tangle of young trees, brambles and rushes.  In the replanted Sitka spruce behind my house we have gained whitethroats, grasshopper warblers, reed bunting and others over the last ten years, and our honeybees thrive on the sallow, gorse and abundant flowers that grow along along the forest access track. But in 5 years time the Sitkas will have outcompeted everything else, closing out the light and embalming the land for another 30 years or more. Then the heavy machinery will move in, clear fell the trees and leave the place looking like a battlefield, so the cycle begins again. Unless we can come up with a radically different way of managing our conifer forests these sometimes vibrant but mostly moribund ecosystems are doomed to a perpetual ‘Groundhog Day’ existence of never maturing. It is common enough in Europe to see conifer forest management that includes routine thinning, selected felling and spontaneous regeneration, all of which contribute to the development of rich and mature forest ecosystems. I know there are exceptions, some of them not far from here: big trees, mixtures with broadleaves, open rivers and streams etc. In places there are crossbills, nightjars, goshawks and even pine martins but sadly, where I am sitting, is the rule rather than the exception. We have 170,000 ha of conifers in Wales, most of it planted recently (in ecological terms) and mostly on native habitats, which, no matter how impoverished, offered a complexity of life that is infinitely richer than this deadzone.