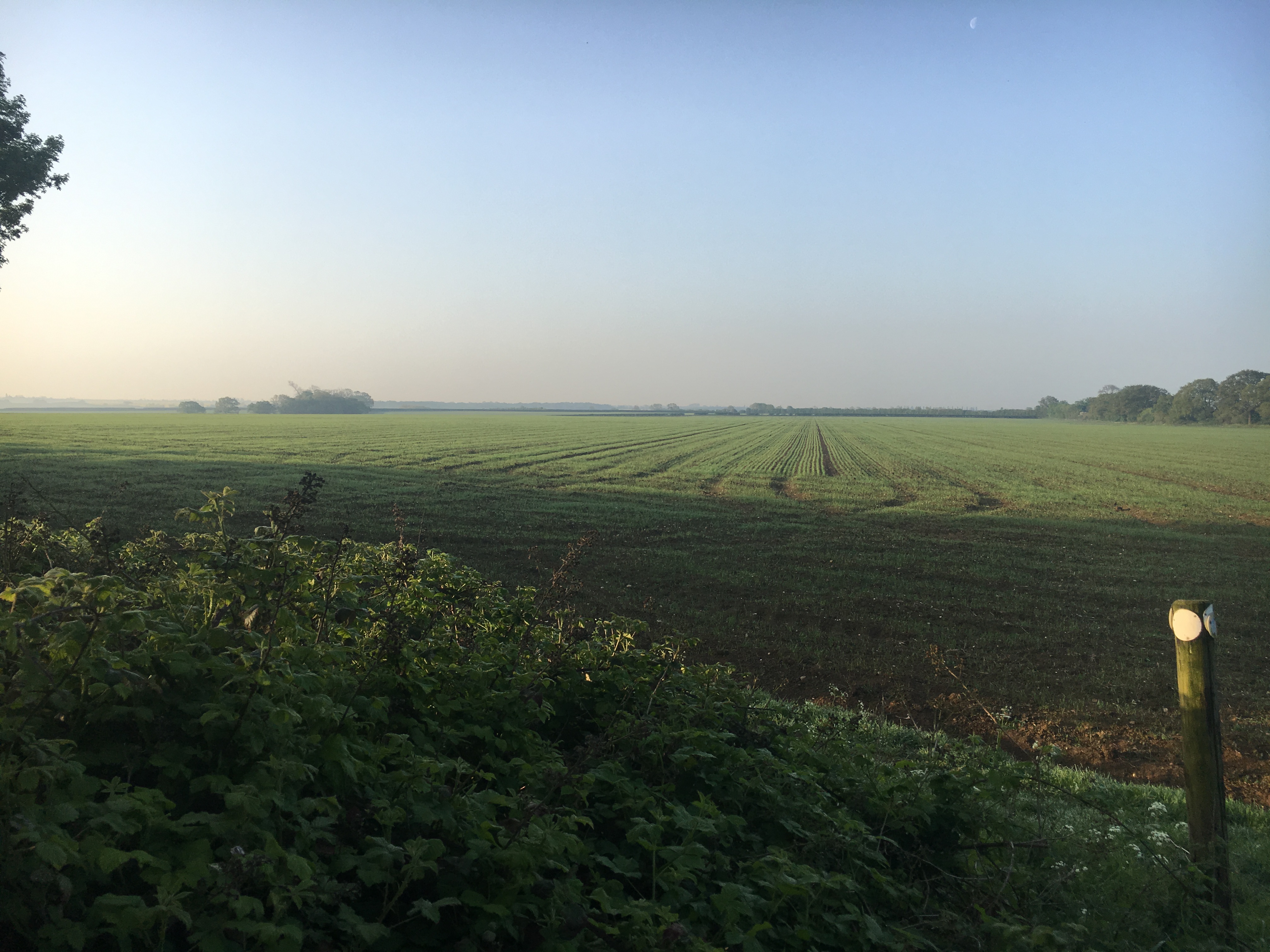 I did my two Breeding Bird Survey Square surveys a little while back.  Both were carried out on gloriously sunny mornings and both were very enjoyable.  There is a smug feeling of being virtuous that one gets from being up early for a purpose, and especially if that purpose is volunteering for the public good, so bird surveys definitely fall into that category. And since I am definitely more of a lark than an owl, being up early comes easy to me.

I didn’t pick up a Cuckoo, or a Reed Bunting or a Lesser Whitethroat on either visit and generally speaking, despite the lovely mornings, birds were a bit thin on the ground although I’m glad that I saw a Yellow Wagtail on my farmland site (above, and it was in that field) as they were missed last year, and I also added Grey Partridge there for the first time in my 14 years of survey (same field). 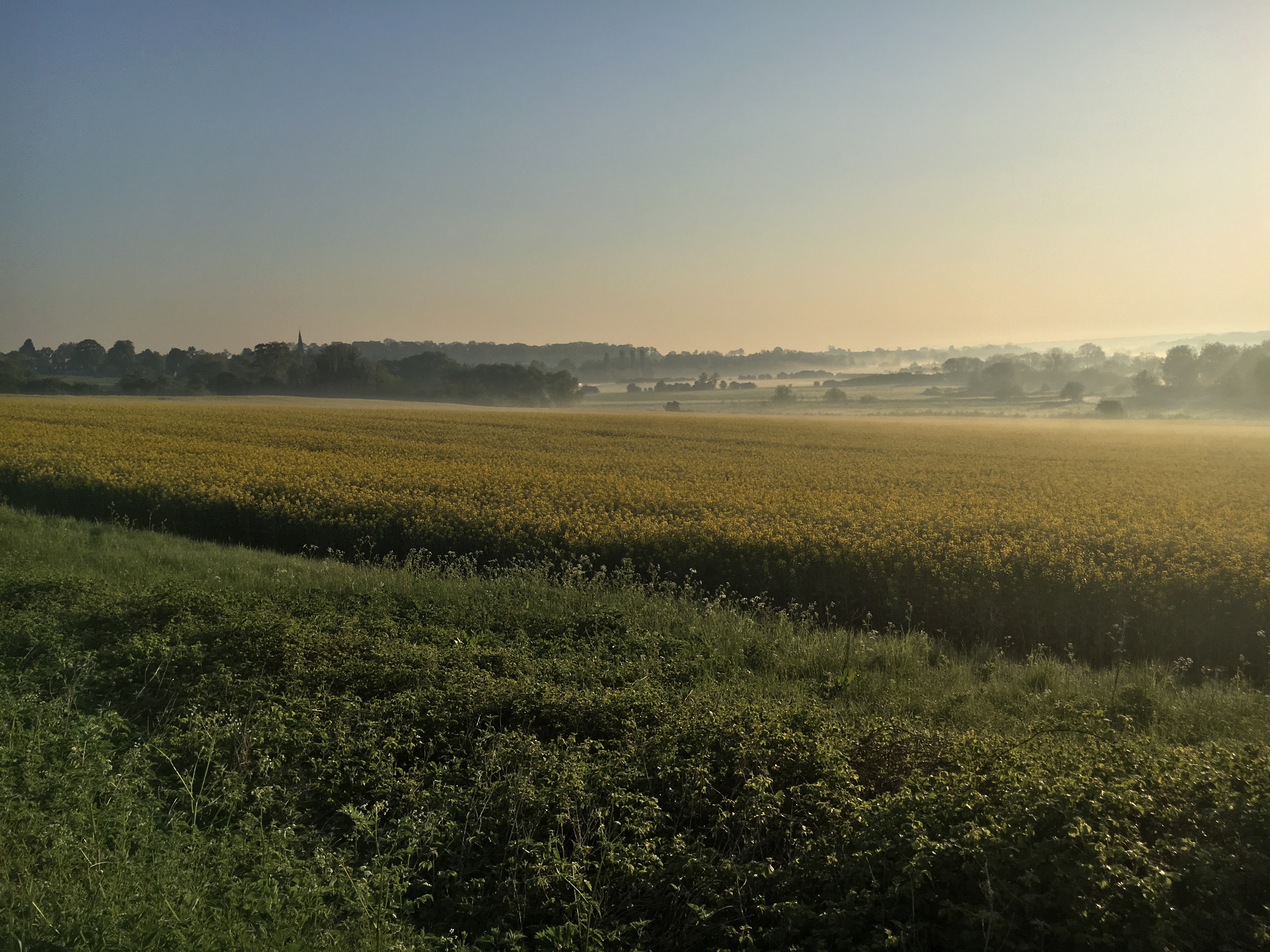 On the riverside site (above) I was relieved that there were a couple of Sedge Warblers and the habitat looks as though it is recovering from being assaulted last year. But there were no House Martins at the place where I normally see them where I park my car.

After having the fun part of doing the surveys I usually buy myself a coffee from the garage on the way home, and drink it as I do the data entry. It would be wrong to say that that is as enjoyable as the surveying but I completely understand how getting observers to do the data entry, for free, is  an efficient and cheap option.  And only I can read some of my squiggles, and only I can remember what some of them actually meant!

It may sound corny, but it is being part of an enormous team that makes this worthwhile. There are very nearly 4000 squares surveyed these days by 2,800 volunteers like me.  That’s a lot of volunteer effort.  Judging by my experience it is about four hours time spent per visit in travel, surveying, travel (which includes picking up that cup of coffee) and then data entry. And we do that twice a year for each square so that’s roughly 32,000 hours of fairly skilled volunteer labour. At National Living Wage rates that is about £0.25m/year and I reckon we are worth a lot more per hour and we ought to include our donated travel expenses too.  It’s a sizeable input before the costs of data analysis, storage, scheme adminstration, report writing and posting, from which I benefit as a participant, are totted up.

And the latest BBS report came through my door recently too.  It’s a very professional and clear and important publication.  It gets slightly better every year despite the fact that it has been very good for a very long time. Congratulations to all who contribute to its production but I guess especially to Sarah 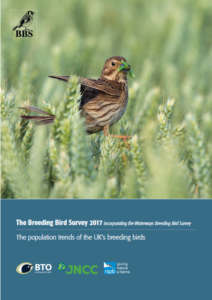 When I was sitting in my garden relaxing and reading the BBS report there was nothing that leapt out at me as being surprising – but that is what monitoring is like.  You do it to detect changes – but you don’t know whether or when changes are going to happen.  This BBS report seemed to me to be lacking in surprises but that’s just because nature hasn’t thrown any at us recently.

Having said that, even before I do my second BBS visits, I reckon many bird species’ numbers will be down. That’s how it felt on my BBS squares, that’s how it feels in my birding and that’s the impression I get from other birders.  The beast from the east won’t have helped but it won’t be just resident species that are down a bit, migrants will be down more, I reckon.  My money is on 2018 being a poor year for several species – but the great thing is, if you are shouting ‘rubbish!’ when you read those words then, provided you do a BBS survey where you live (or someone else does), we will know – in about 12 months time.

I’m already longing to read the next BBS report (and I haven’t finished the fieldwork that will go into it yet).

9 Replies to “BBS and birds generally”