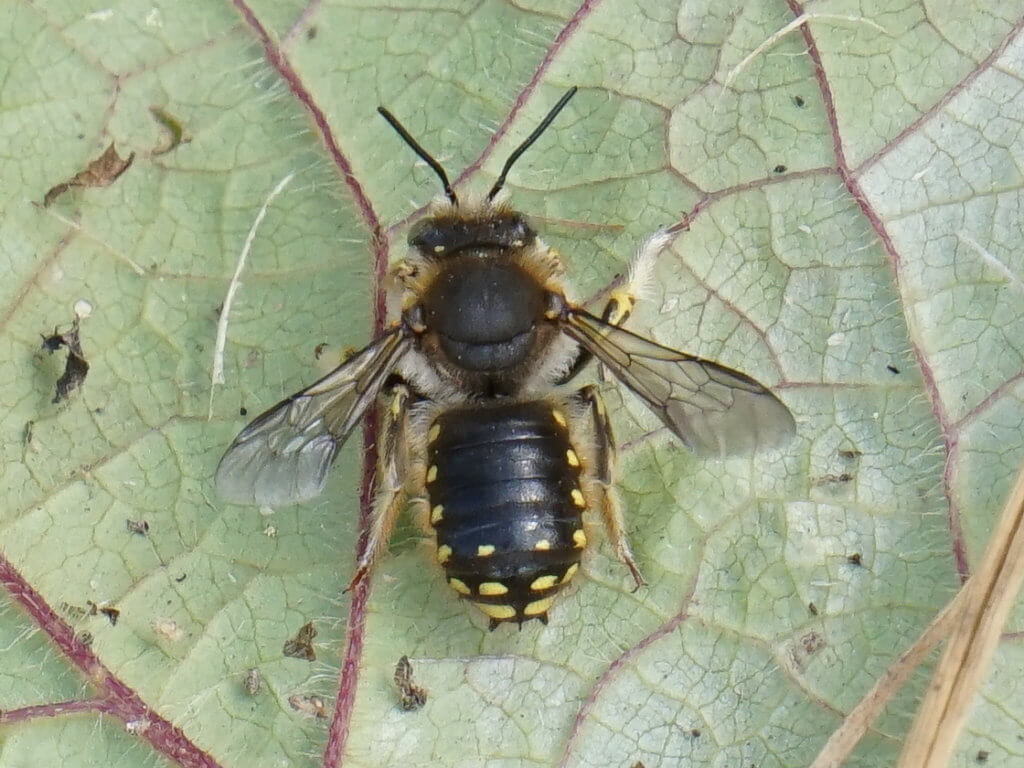 Paul writes: The Wool Carder Bee (Anthidium manicatum) is a favourite of mine, one I always look out for at this time of year. The beautiful, yellow spotted abdomen really catches your eye as the bee darts around a flower patch. The male is very territorial, an aggressive male will patrol an area and defend it against bees and other insects. To help in this it has several spikes at the base of its abdomen (you can see these in the photo) which it uses to attack its rivals. If you find a good patch you will be treated to an amazing spectacle as the bees whiz round trying to protect their territory.

The bee gets its name from the female’s habit of constructing its nest cells from the hairs it gathers from scraping the furry leaves of plants. One particular favoured garden flower is Lamb’s-ears (Stachys), so this is always a good place to look out for them. As well as gardens it is also present in a wide variety of grassland and woodland habitats. I found this one in undergrowth alongside a field drain, relaxing on a leaf.

The flight season lasts from late June to mid August, depending on the location. It is frequent in southern England and Wales but gets scarcer as you travel north. Records extend to southern Scotland. I found this one in Hunmanby, on the edge of the Yorkshire Wolds.