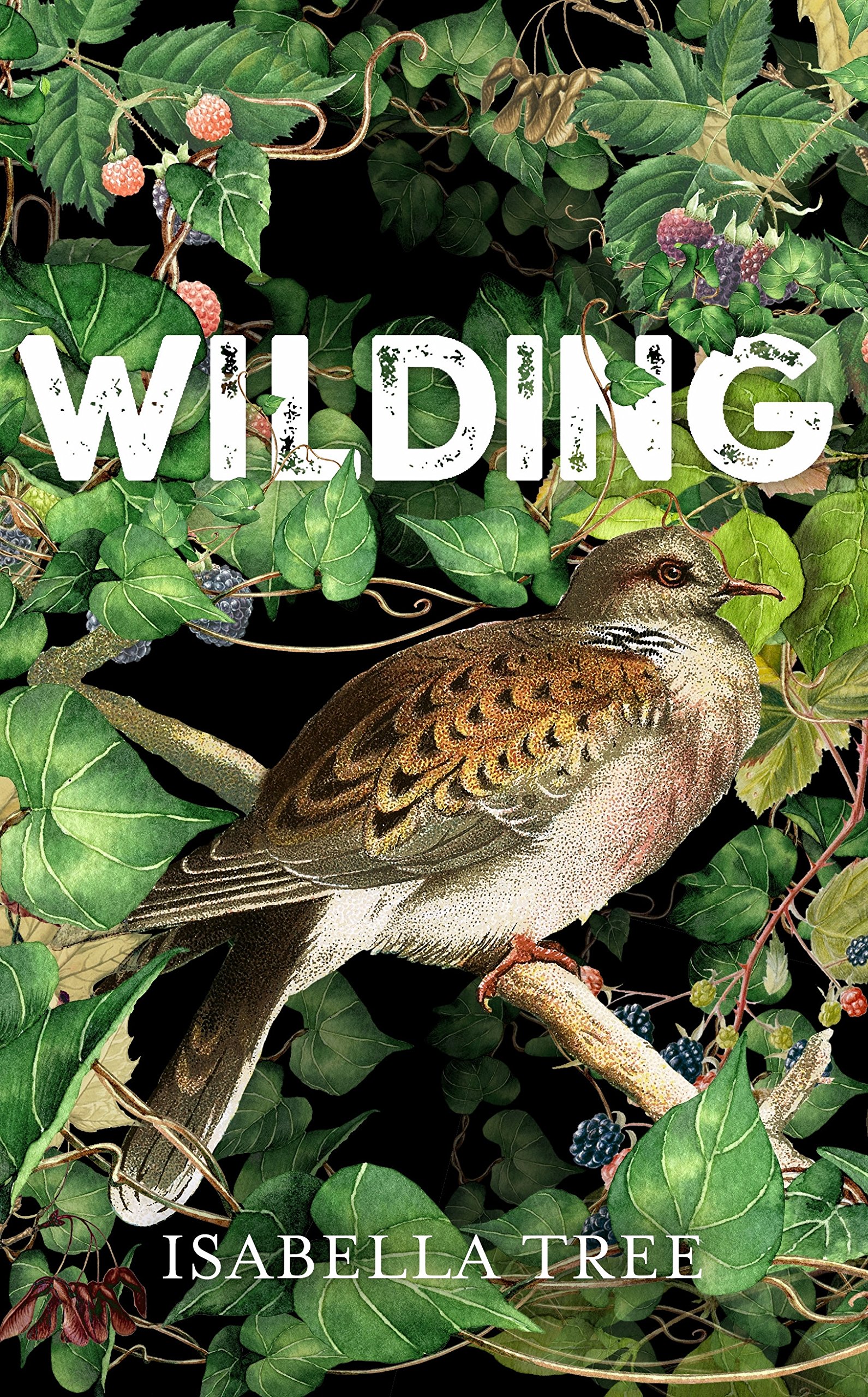 This will undoubtedly be one of the wildlife books of the year and it is a cracking good read.  You should read it.

The book tells the story of the wilding of the Knepp Castle Farm, in Sussex, by its owners Sir Charles Burrell and his wife, the author of this book. So this is an insider account of what happened at Knepp, and why, and how, which adds lots of delightful and juicy colour to the bare bones of the story.  But the bare bones are exciting enough – there has been a rapid and massive resurgence of nature in the last 20 years but particularly in the last eight years.  Knepp is probably the best place for Purple Emperor butterflies in the UK, may well be the only site (or certainly one of very few sites) where Turtle Doves have increased singificantly against the national downward plunge in numbers and has a lot of Nightingales too.

This natural renaissance has been achieved through restoring grazing by Tamworth pigs, allowing scrub to spread, blocking drains and generally working with natural processes – letting nature take its course.  And this is on a big scale – 3,500 acres (1400ha) – bigger than many a perfectly decent nature reserve.  The estate has been turned from a struggling farm into a completely different animal – wildlife is the main crop, and the visitors who will pay to come and see that nature are one of the new novel income streams.

The owners of the land deserve a huge amount of credit for their bravery and vision, and their efficiency and determination in seeing that vision through to its current position.  It clearly wasn’t easy to gather support for the idea and there must have been moments of doubt along the way.

However, although the story is somewhat framed as being ‘the visionaries against the bureaucracy of the conservation establishment’ it is worth noting that Knepp has received a big pile of taxpayers’ money to produce this wildlife. The author relates (p175) that ‘Natural England’s initial reluctance’ to allow Knepp into the Higher Level Stewardship scheme was ‘the bureaucratic tail wagging the dog’ which is one way of looking at it. But these aren’t trivial sums of money. Although I couldn’t find the amounts mentioned in the book, Knepp Castle Home Farm received £386k in 2016 and £306k in 2017.  This was not all HLS payment, some would have gone to any farmer owning the land, however hopeless their environmental record, but the fact remains that over a 10-year payment period the taxpayer is handing over millions of pounds from a limited pot of money. I have no problem with this, but it would be a bit surprising if such monies were handed out without a bit of bureaucracy. And an HLS application wishing to  unleash boars, bison and beavers into the Sussex countryside was not a completely normal and straightforward one!  The Knepp team were fortunate that the system granted them such riches from the public purse, and we the public are fortunate that they delivered the goods for wildlife.  We aren’t going to get more nature for nothing even though it was our money that encouraged quite a lot of its destruction in the past.

When CAP payments end after Brexit (if there is a Brexit), and current agrrements end, we will need to decide how much money to give to the Burrells at Knepp and how much to give to other farmers (like this one) and on what basis. And what will be the conditions attached to our support? And are we buying environmental goods or just renting them for a while? At the outset, the Burrells wanted the option of stopping the wilding process after 25 years so that their children and grandchildren would be free to make their own decisions about the land – understandable but where does that leave the taxpayers’ investment if the next generation opt for intensive farming which trashes the wildlife that we taxpayers have paid to arise?

This book plumps for payment for natural ecosystem services as the basis for a post-CAP payment system. This is a good idea – but how do you measure the delivery of those services? Or should the state, on behalf of the taxpayer, just take any old landowner’s word for the fact that they are going to deliver good value for money? If we are going to pay for flood alleviation, water quality, carbon storage, wildlife and pollination services then who measures them and how do we rank them? And what are they worth?

Do we go for land sparing or land sharing? Knepp is an example of land-sparing – land is taken out of agricultural production (not entirely, but mostly) and instead managed for wildlife, carbon, clean water etc.  With our pot of available money do we go for lots of Knepps and let the land in between, the vast majority of the countryside, go hang, or do we have fewer Knepps and spread some of our money thinly elsewhere so that some good is done everywhere alongside food production (land-sharing)? Which would you do? And then how would you persuade HM Treasury not to give the money to the NHS or education instead?

What has been achieved at Knepp is amazing – I’ve never visited (though I’ve been asked) but without exception the people I know who have been there have been blown away by the place and what has been achieved.  It stands as a beacon of hope, and what is more, a working example of success, not a pipe-dream. Ironically, if it had fallen flat on its face then it would be easier to live with in some ways – the project’s enormous success raises a whole bunch of issues for the future about how we build its lessons into future environmental policy at the public expense.

I came across some passages which I thought were wrong or unfair, but that doesn’t matter much because taken as a whole it is an extremely enjoyable, stimulating and challenging read.  I think it is also Knepp’s bid for its future share of public funding – and I hope they get it too!

Wilding: the return of nature to an English farm by Isabella Tree is published by Picador.