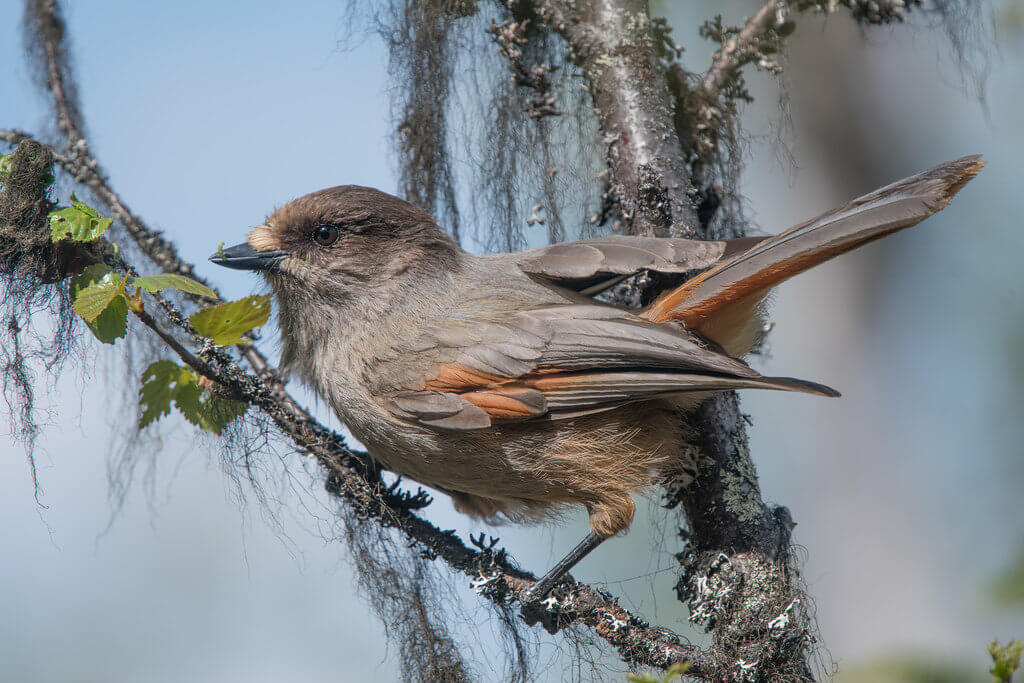 Tim writes; As the name suggests, this species occurs in the boreal forest zone across Siberia but also occurs in northern Scandinavia.  They occur at low densities and are not easy to find, but when you do find them they can be incredibly confiding.  This one is eating a tiny caterpillar and we also saw them eating Wood Ants, but they are totally omnivorous, even eating scraps from wolf or wolverine kills.  They cache food during the longer days to help them through the short, lean days of winter.  This one was in a group of three that I photographed in Sweden.

John Ray (1678) called it the Greater Redstart because of its similar orange tail.  Its scientific name is Perisoreus infaustus, the last part means unlucky, because they were thought to be a bird of ill omen.  The generic name is one of few names that hasn’t been properly deciphered as there are two schools of thought.  One from Greek (Perisoreuo) meaning to bury beneath, possibly from its habit of caching food.  But in Latin it translates loosely as “very auspicious”, possibly relating to its reputation as a bird of ill omen.