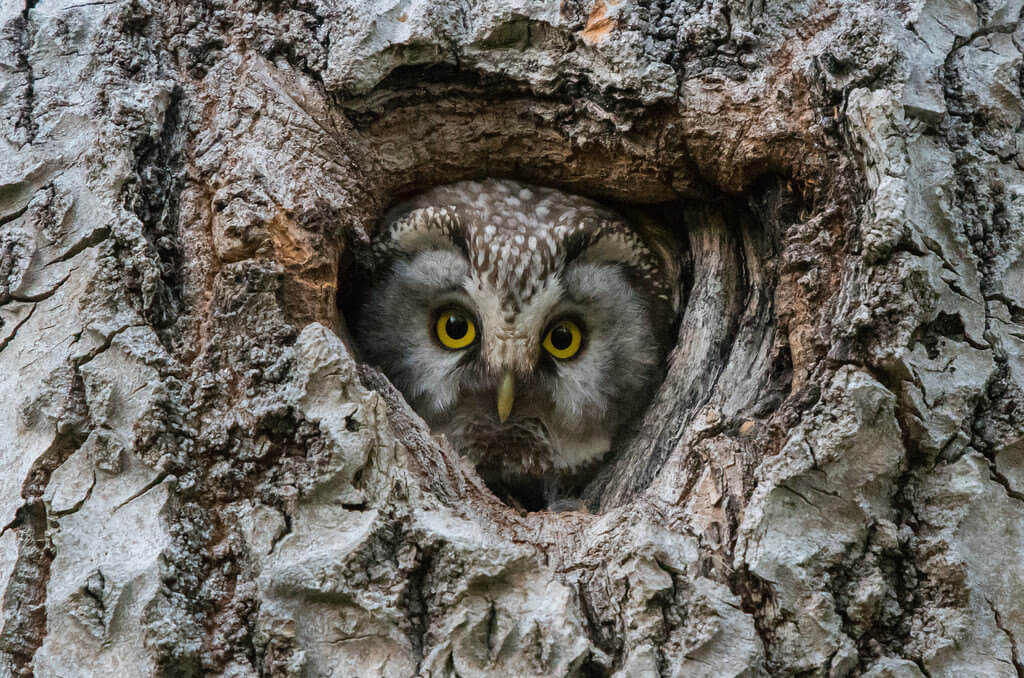 Tim writes: this small owl inhabits in the boreal forest zone across Scandinavia, Siberia and North America, nesting in old woodpecker holes or nest boxes.  Although it is relatively numerous it is one of Europe’s most difficult owls to see as it is largely nocturnal, though in the short summer nights at high latitudes it is active in daylight.  It feeds mainly on voles, but will also eat birds and insects.  I photographed this female in Swedish Lapland.

The name commemorates Swedish naturalist Pehr Gustav Tengmalm (1754-1803).  The naturalist Gmelin named it Strix tengmalmi in 1786, believing Tengmalm was first to distinguish it.  However, as was often the case, Linnaeus got there first.  He was aware of the owl before Tengmalm was born and it featured in his Systema naturae in 1758.  The name Boreal Owl is used in North America for this species, and that name seems to be gaining ground in Europe.

Its scientific name is Aegolius funereus.  Aegolius cames from a Greek word meaning a bird of ill omen, and funereus means funereal, probably relating to the theme of ill omen.  It is an incredibly rare visitor to Britain with no records for over 30 years, the last being a bird on Orkney back in 1986.