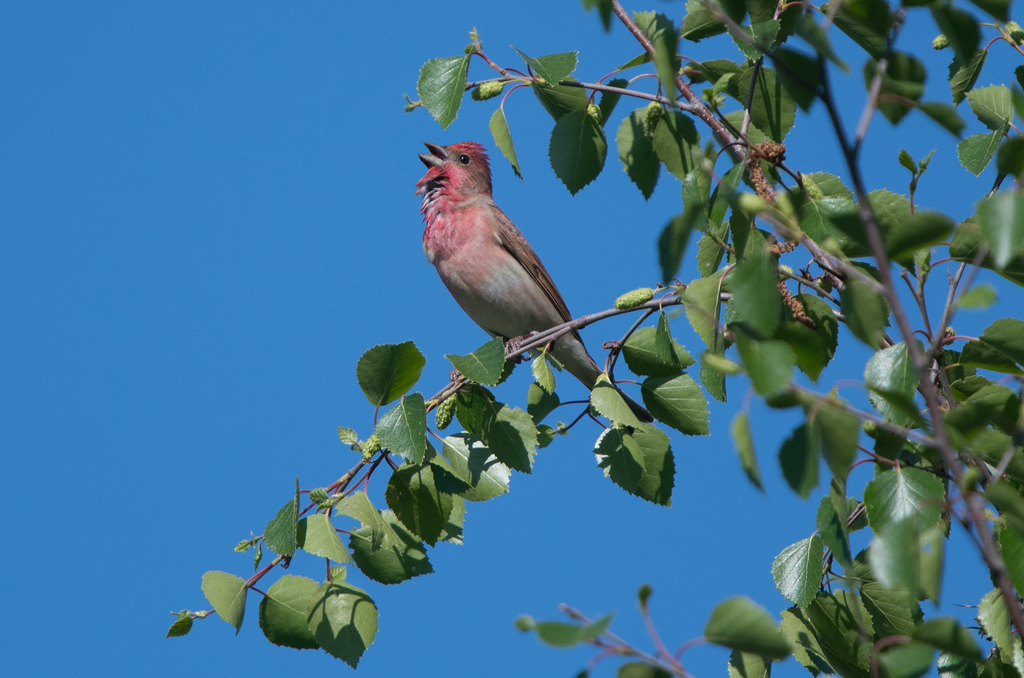 Tim writes: I have heard this bird described by three different names plus one uncomplimentary nickname.  The official name is Common Rosefinch, but older bird books describe it as Scarlet Rosefinch or Scarlet Grosbeak.  But there are dozens of Rosefinch species in Asia, most of which have pink males, so scarlet doesn’t really differentiate it.  Occasionally they turn up in Britain but they are nearly always immatures or females, which are dull brown.  Which is why they are sometimes unaffectionately known as Scarlet Grotfinches.  I photographed this adult male in Sweden while he was in full song, which is a repeated whistling “pleased to meet you”.  Its scientific name Carpodacus erythrinus translates as “Red fruit-biter”.