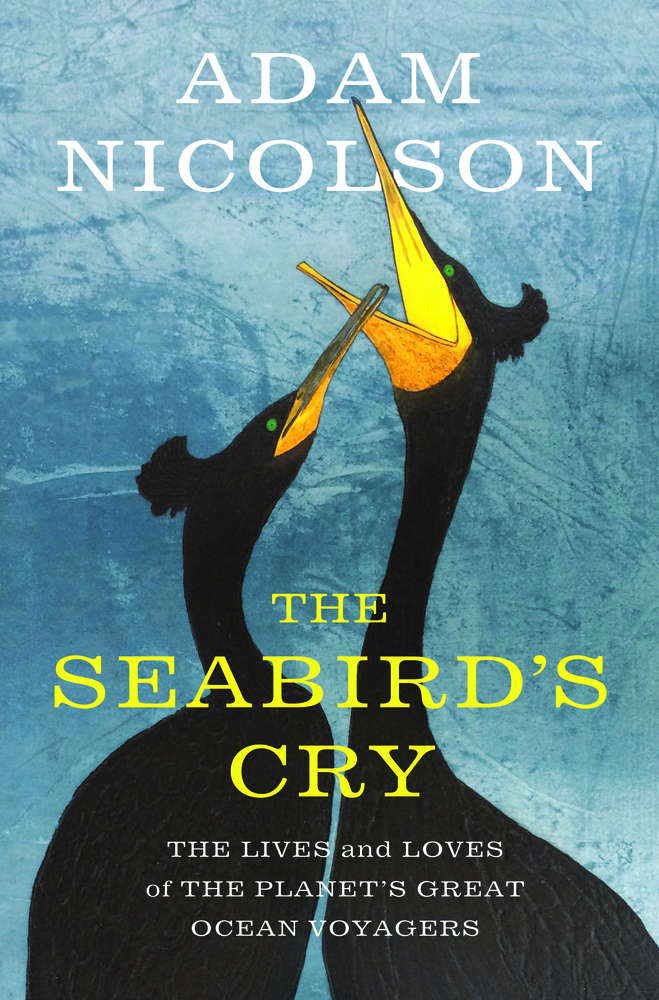 Adam Nicolson’s father bought the Shiant Isles in the Hebrides when he was twenty: £1,300 for 500 acres including a rat-infested bothy and, at the right time of year, no small number of breeding seabirds. We are told he loved the place more than anywhere else in the world, a love that he evidently passed on to his young son.

Early visits to these islands led to a life-long affection for the seabirds he was able to watch at close quarters. Later in life he also ventured further afield in search of different species. The albatrosses of the southern oceans get their own chapter towards the end of the book, once he has worked his way through the common British seabirds, including the lost Great Auk.

Adam Nicolson is a writer first and foremost, rather than a seabird expert. But he has clearly done his homework and he brings a fresh perspective to the subject. If there are occasions when research findings are slightly overplayed, I suspect the scientists will understand and be happy to turn a blind eye. The book charts a love affair with seabirds rather than aiming to provide a scientific assessment.

Seabirds, he suggests (and then proves), inspire us partly because of their ‘otherness’; their ability to fly from the breeding grounds at the end of a season and disappear over the horizon to… who knows where? For most of year they inhabit a realm that is challenging and alien to us. Some casually wander across distances so vast they defy imagination. Others dive down hundreds of metres into the murky, unknowable depths to find their food. Their adaptations are many and varied, and each group of birds makes the ocean lifestyle work for them in a different way.

Unsurprisingly, seabirds feature heavily in literature and mythology and these aspects are explored at length. Some of the mythology turns out to be unerringly close to the truth as researchers have demonstrated with ever more accurate and efficient tracking devices. Far from lessening our appreciation by destroying the mystery, the latest research adds to it by revealing more about the incredible ways these birds live their lives.

In some respects, our attitudes towards seabirds have come a long way in a short time. In the past they were seen as little more than a resource to exploit for food, feathers, or even just for the fun of killing them. Ancient seafarers thought nothing of killing the albatrosses that came to their boats, turning their beaks into fancy paper clips and their webbed feet into tobacco pouches. Now we are doing all we can to try to secure their future, though the pressures they face are greater than ever. The albatrosses themselves have been co-opted into the fight. Their high-tech tags allow them to be tracked as they circle the oceans – and, at the same time, the tags can pick up the radar signals from illegal long-line fishing boats, and alert scientists to their location. They do all this using the wind and expending no more energy than is required to sit on their nest at the breeding colony.

This is a book that sweeps you along with the story. The writing is absorbing as he blends his own observations and reflections with those from history, adding a final layer from the hard-won findings of modern scientists. If you don’t know much about these birds the book will provide an inspiring and memorable introduction. And if you already know them well, it will add depth and a sense of appreciation to your understanding. It’s a book I would recommend equally to the interested novice and the professional seabird scientist.

In time, the Shiant Isles were duly handed down to the author from his father. Now, thanks to an eradication programme, the bothy, as well as the rest of the islands, are rat free and the prospects for the breeding seabirds much improved: a small but valuable contribution to seabird conservation, as indeed is this beguiling book.

The Seabird’s Cry: the lives and loves of the planet’s great ocean voyagers by Adam Nicholson is published by Henry Holt & Co.