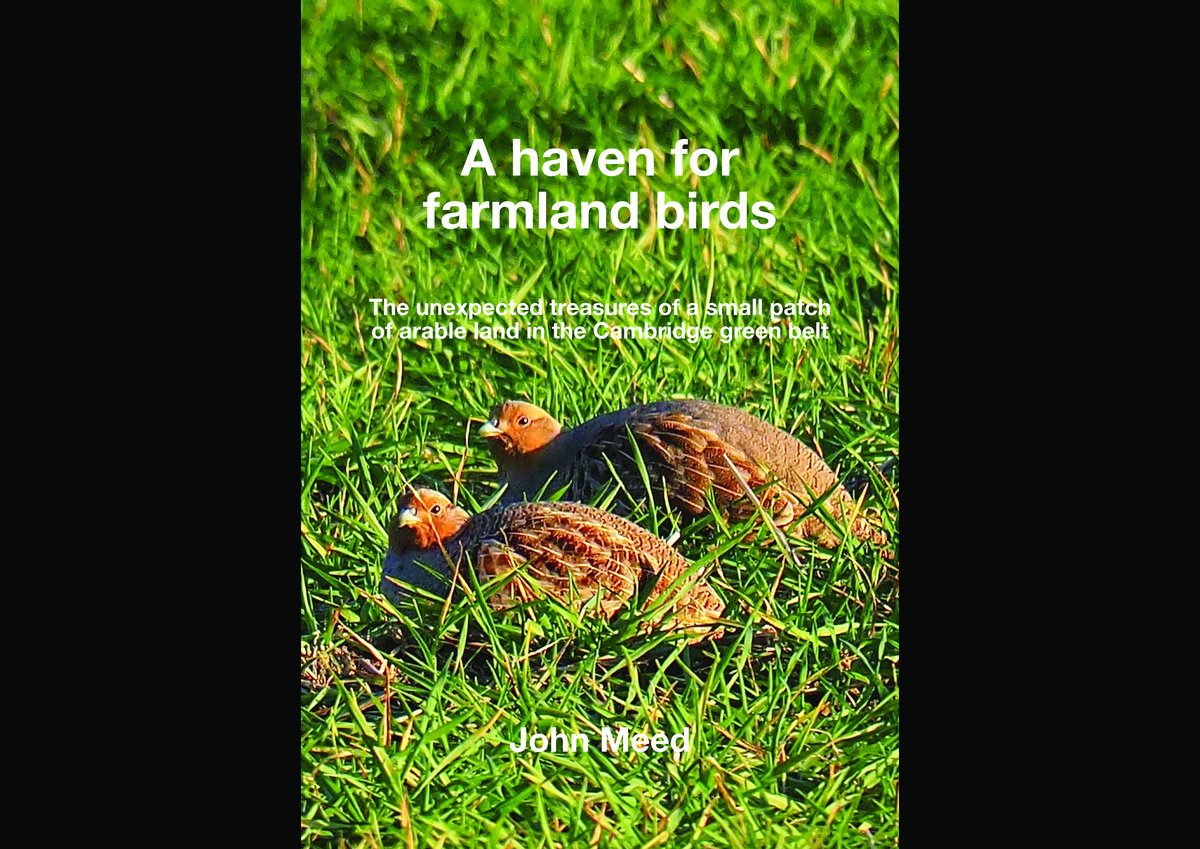 This book is about the author’s patch where he walks regularly and studies the farmland birds that it contains – especially the Grey Partridges and Corn Buntings.  The site is on the southern edge of Cambridge and from reading the book it seems as though I have passed it several times on trains. Next time I’ll be looking more carefully to the right as the train nears Cambridge.

The book is about farmland birds, that bunch of declining species whose overall numbers have more than halved in my lifetime and focuses on the author’s counts and observations in a small but rich area of the Cambridge green belt. He brings in information from other local sites and studies, and the national picture of declines whilst doing a good job of doffing his hat to the likes of Dick Potts and David Jenkins who studied Grey Partridges and farmland ecology in general many years earlier.

It’s a small area, but rich in farmland birds – it’s a gem, in fact. When I did the Common Birds Census on the western edge of Cambridge, as an undergraduate in the late 1970s, I don’t recall seeing Grey Partridges or Corn Buntings but there were loads and loads of Skylarks. John Meed has all three of those species in decent numbers and Yellow Wagtails too.

One can’t help but like the author through reading his words – I did anyway. He is an enthusiast and part of the charm of the book is his growing knowledge, understanding and enthusiasm for the location and its wildlife. All field biologists tend to fall in love with their chosen study areas and species of interest – and quite right too!

I bet there are many residents of Cambridge, and commuters on the train, who don’t realise that there is such a farmland bird hotspot near them – they would probably enjoy reading this book. I enjoyed it too.

I was disappointed, though not surprised, to discover that there are threats to parts of the site looming in the future. That is so often the case but a book like this might help dispel or ameliorate some of them.

A Haven for Farmland Birds: the unexpected treasures of a small patch of arable land in the Cambridge green belt by John Meed is published by the Independent Publishing Network and is available from the author.