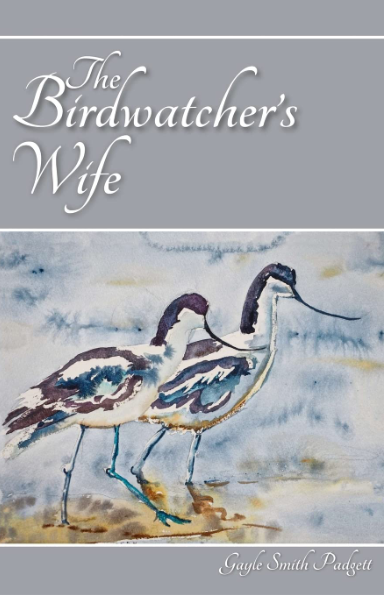 There are quite a lot of books about Big Years – when birders try to see a high number of species of birds in a calendar year.  These books are quite similar as they usually have some introduction about why the author, usually male, bothered, and then an account of the ups and downs of the year with the tension, if there is any, being about how high a total is reached. With such books, I find my enjoyment always depends on how much I relate to the author and the quality of the writing.

This book is a bit different in that it is written not by the birdwatcher, but by his wife (who doesn’t care that much for birds but goes along for the ride). Also, it is set in France and has observations on French life and manners, the protagonist couple are from the USA, and, really, this can only be described as a Medium Year (rather than a Big Year) in that the goal is to see 200 species. None of those things is a drawback – they increased my interest.

This is a fun book – it’s about France and the feelings of a non-birding partner rather more than it’s about the quest for 200 species. My enjoyment was probably increased because much of the book is set in Provence and I know many of the locations where the action is set. I reckon I’ve seen Eagle Owl and Spotless Starling very close to where they were seen in this book, for example. As well as the Camargue, Les Alpilles, La Crau and Mont Ventoux we are taken to the Alps, Britanny and the coastal areas that border the Pyrenees (north and south).

The tales of delicious meals, beautiful villages, shopping and narrow mountain roads with deep drops on one side all brought back memories.

This book should appeal to many Francophiles, many birders’ partners and quite a few birders themselves.

As a birder, I was surprised that some species held out quite as long as they did in the year. Surely, I thought, he should have seen/heard one of those earlier in the year?!  But such is birding. I have one minor gripe, and this is very definitely from the perspective of a birder – I would have liked a list of all the birds seen in taxonomic order at the end of the book. Although every species is listed in chronological order at the end of each month’s chapter, it is slightly difficult to keep the accumulated list in one’s head. I did say this was a minor gripe and very much from the perspective of a birder!

So, this is a well-written book and I did relate to the author – even though she isn’t the birdwatcher. She seemed fun, reasonably tolerant of the birding and supportive. There are many others out there, I’ve heard.

The Birdwatcher’s Wife by Gayle Smith Padgett is published by Eagle Owl Press.