I was at the CLA Game Fair on Friday and Saturday.  In a previous existence I used to spend three days there but I’ve given myself Sunday off for good behaviour.

On Thursday I was at the Lord’s Test Match but after lunch I had an urgent email from the CLA asking me whether I would stand in for Labour Shadow Minister Huw Irranca-Davis in the CLA President’s debate on Big Society at Blenheim the next morning at 1015.  I could be no substitute for the man once voted the 48th sexiest in Wales but I did my best on a platform with Max Hastings, Caroline Spelman and the CLA President William Worsley.

The sexy Welshman was not the only person to drop out, as the ‘debate’ was supposed to be chaired by local resident Charlie Brooks but he has a lot on his plate and Lord James Percy stepped in very ably.

A bit later at the President’s lunch I was seated between local Councillor Barry Norton and ex-CLA President Lord Cameron of Dillington.  Ewen Cameron and I talked about politics, the Ilminster bypass and the joys of the Game Fair. Councillor Norton told me that the Game Fair is worth about £20m to the local economy when it turns up at Blenheim every few years – that’s a big boost to local hotels, petrol stations, shops and all those local teenagers who can wear a day-glo tabard and point in one direction all day to help direct visitors to their parking place.

I do enjoy the Game Fair but it is partly because a change is as good as a rest.  It’s an interesting mix with gamekeepers walking past in tweed uniform looking very hot and bothered in the sun, the smell of grilling bacon making you hungry even after you’ve just eaten, the Duke of Kent at a nearby table at lunch, friends and former colleagues from the RSPB looking forward to a few difficult conversations about the plague of raptors, an amusing story about skylark patches from NFU President Peter Kendall, friends such as Duncan Farrington and Jonathan Curtoys selling their excellent foodstuffs, kind words about my blog from readers that I didn’t know I had and a whole range of interesting conversations which will influence this blog’s content.

It was good to see friends from a range of conservation organisations meeting the public and meeting their critics among the more strident members of this community.  As well as the RSPB I met staff from the National Trust, Pond Conservation, Plantlife, Butterfly Conservation, the Wildlife Trusts and FWAG.

Here is my quick 10-point guide to getting approval at a Game Fair debate: 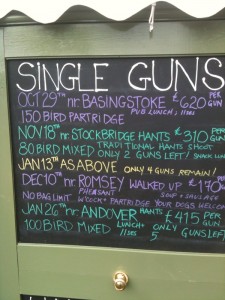 Robin Page covered many of these in his appearance on stage but I had to smile when Geoffrey Clifton-Brown MP suggested to Robin that if he thought that MPs were so hopeless he should join them in Parliament – why did no-one point out that Robin keeps trying this route but that once you get outside the CLA events tent his views are not so popular? The wisdom of crowds led to crushing election defeats for Robin in 2010 and 2005 on his local patch of Cambridgeshire South although his share of the vote did increase from 3% to 3.3% over those five years.  But at that rate of progress we should not expect to see Robin Page MP very soon.

In contrast to Robin, I’d like to highlight the approach taken by Tom Oliver of the Game and Wildlife Conservation Trust who is an eloquent and thoughtful commentator on rural issues (not that I agree with him always by any means).

Tom took the opportunity to point out to his audience that there were four things that ‘real country people’ should bear in mind when thinking about ‘bunny-huggers’: that agriculture gets huge subsidies from the taxpayer that are not received by any other industry and that therefore all those townies do have a stake in how it is spent; that the CLA’s placards about ‘protecting your dream’ as you enter the Game Fair ‘whether you own 1 acre of 1000ac’ would exclude practically all people as they don’t own even 1 acre and that land ownership is a privilege which carries responsibility; don’t be self-righteous when talking to others and; illegal activity can never persuade people that your views are right.  Thank you Tom for raising the level of discussion from the depths to which Robin Page has taken it – and I was pleased that Tom’s words of sense were greeted with what I thought was thoughtful respect by the audience that had a few minutes before been laughing at Robin Page’s over-the-top views.