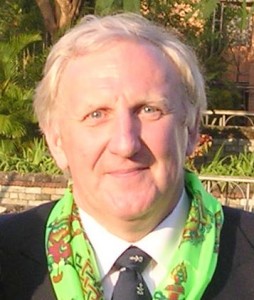 Just before Christmas I was sat in the Head Office of the Deer Initiative when I was made aware of a deer vehicle collision involving James “Arg” Argent, star of The Only Way is Essex, just outside of Dundee. In doing so Arg and his companions joined a group of between 42000 and 74000 vehicles that are involved in incidents with deer on the road every year, a group which also includes Mark Avery. This is a statistic which newspapers jumped on in October last year causing a rush of phone calls to our office. However, by reacting to media interest instead of instigating it we are unable to control the timing and content message we would like to put out.

Apart from  the impact on high profile ‘celebrities’ the distress for drivers and the welfare issues for the deer and all the other wildlife killed and maimed on our roads are to my mind mean we should be taking this issue seriously. You might expect that Government , the insurance industry or drivers’ organisations would be funding work to look into reducing the carnage but sadly since wild deer belong to nobody it is easy to deny responsibility.  We know the scale of the problem, we even know the worst sections of road for accidents to occur but how do we best get the message to politicians, officials drivers and the insurance industry that we should be doing something about this issue?

So in an attempt to get the ball rolling, Mark has kindly allowed me to write this guest blog.

Firstly I would ask that you follow our new twitter account @Deer_Aware.  Secondly please have a look http://www.deeraware.com/index.php/safety-advice and pay particular attention to the times of year i.e. Autumn and Late spring (rutting seasons), and hours in the day you would expect to see deer i.e. dawn and dusk.

Much has been made in newspaper articles about the size of the deer population in the UK being bigger than at any time since the last ice age. Opinions on this vary, some see it as a massive win for conservation especially for our native species Red and Roe deer, others see them as an ever increasing burden on SSSIs whilst a number of people believe there is a real problem with non-native species such as Muntjac and Sika. Whatever the twist placed on the particular story the safety message we wish to be passed on are often buried. So with this in mind here are the key messages we would like to put across to you:
1. Be watchful- especially during peak months (May, October and November) and in areas with large deer population. The sighting of one deer is usually an indicator that there is a larger number in the locality.
2. It is more important to be in control of your vehicle than it is to avoid the deer- swerving can sometimes lead to worse damage than hitting the deer.
3. If you do hit a deer report it- the reporting of Deer Vehicle Collisions at www.deeraware.com will provide data which can be used to generate reports.