Recently the Daily Telegraph reported on windfarm developments in the county where I live – Northamptonshire.  Apparently we are going to become the windfarm capital of the UK although the Telegraph only mentions 53 turbines and suggests the country (presumably England in this case) is considering applications for only 94 in total.  That doesn’t sound like very many to me. 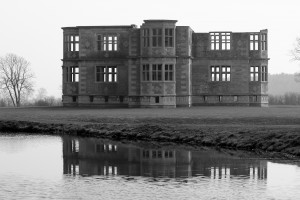 I can already see 10 turbines from my house – in the distance – and those 10 turbines do tend to dominate the landscape a little as it’s surprising from how many different places one can see them.  But, as I’ve said before, I don’t mind them at all.  Indeed, I rather like them.

Would another 50 turbines being built in my county of residence upset me? Not much really – provided that they are making a real contribution to replacing more-polluting fossil fuels.

On landscape grounds I object much more strongly to the massive and ugly boxes that have sprung up locally which are storage and distribution centres.  You can see these along the A45 east of Wellingborough where they assault the eye and block what was a lovely view down into the Nene Valley, by the A45 in Raunds and further along the same road towards Peterborough where it crosses the A14 at Thrapston (and there are others).  In landscape terms I’d accept a few turbines in return for each of these boxes that disapeared if such a trade were possible.

I recognise all the place names in the Telegraph article.  I really have thought about the impact of these turbines on the local landscape.  In some cases turbines might certainly detract from the view but that might well be a price that we all have to pay to get a greener energy mix.  In an article I wrote in The Field some time ago I suggested that anyone who objected to a windfarm development should have to disclose their own carbon footprint.  It was said with my tongue in my cheek but I wonder whether those who object to this type of development are doing their bit for reducing their own climate footprint? Or whether they have any plan at all for reducing the future impacts of climate change? or whether they even believe there is a problem?

It’s vaguely interesting that it is the Queen’s cousin, the Duke of Gloucester, who has one of the applications to build turbines on his land but the general point is that these plans are not imposed on us by government they are the wishes of local people.  Some local land owners see an opportunity to make money by putting up wind turbines and those local people clearly see the benefits (perhaps largely to themselves) of turbine construction in their local landscape as being a good thing.  I don’t remember hearing the CLA or NFU being very outspoken about wind turbines and, of course, it will usually be their members who benefit most from their building.

I remember talking to a local farmer about his shelved plans to build a turbine or two on his land – there was an outcry from his neighbours in his small village and he decided to drop the plans as it all became too much of a hassle.  When we talk about local people’s views there are always likely to be two local sides to every  issue rather than just one and I think that we might discover that in how the new planning regime plays out.

The need for wind turbines is driven by global and national, not just local, issues – climate change and energy security. And the impacts of wind turbines are bound to be uneven geographically and affect different people differently even locally.  The resolution of those conflicts is the role of energy policy, planning policy, transport policy and of competing political philosophies.  Are you involved in politics – you should be?

25 Replies to “In my backyard”