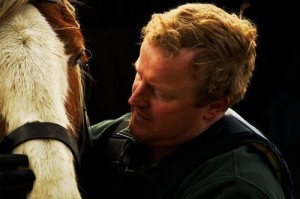 Giles Bradshaw owns a small farm near Exmoor.  He campaigns for the law to be changed to allow for non-lethal dispersal of wildlife using dogs and for a wide-ranging ban on cruelty to wildlife.

A gamekeeper was recently prosecuted for breaking the Hunting Act near Spalding.  The court heard that he was found using terriers to flush foxes from their dens.  Mr Bycroft’s actions were within the law except for one crucial aspect.  He had written permission to flush the foxes and good reason to do so under the law.  However he failed to kill the pregnant vixen but rather placed it in a small barrel in order to relocate it.  He was fined £525 for not killing the fox.

Some time ago the hedgehogs of North Uist won a reprieve from being culled.  They were found using dogs and then relocated to the mainland – if this had been in England the use of dogs would have meant they had to be shot.  I face a similar problem when using my dogs on my farm in Devon.  In order to prevent deer congregating and causing damage in areas I have coppiced,  I patrol the area with my collie dogs.  My advice from the police and the Government is that under the Hunting Act I am allowed to do this.  However the deer must be shot as soon as possible.

I am writing this blog to try and persuade people that it’s wrong for the law to require wildlife to be killed in these circumstances and also for law enforcers to allow me to break it due to its utter idiocy.  I’d be especially interested in hearing any comments from people who support the current legal situation.
The main organisations supporting the current legal situation are the RSPCA and The League Against Cruel Sports (LACS).  The argument for the deer I flush having to be shot was articulated by the Government with LACS and RSPCA support when I took it to court under the Human Rights Act.  I felt that having to kill wildlife interfered with my peaceful enjoyment of my property.  They countered by saying it was necessary to prevent my dogs chasing and killing the deer.
My dogs have never, and could never, kill a deer, wild deer quickly outrun them.  Even if they were capable of such a feat there would be other more humane ways to prevent the deer being killed than killing them.  One could call them off or flush the deer with the dogs on a lead.  I have never killed a deer in my life.  I have no gun.
What makes matters worse is that deer come in herds.  When LACS prosecuted the Quantock Staghounds in 2007 the judge ruled that they should have had enough guns to kill the entire herd if one were present in the woods. This ruling does conform to the twisted logic behind the law because shooting just one or even nine out of ten deer would be an ineffective way of preventing the remaining deer from being chased.  I am not against all killing of wildlife but to me gunning down a herd of running deer is cruel and barbaric in the extreme because there is a high wounding risk.  If one waits till the herd is standing still before taking them out then the dogs clearly won’t be chasing them any more so it is even more stupid.
I greatly enjoy what I do, I live on my farm and feel I should be allowed to carry on as long as I am not harming wildlife.  To comply with the law I would have to go to great trouble and expense in hiring expert marksmen and it would turn a peaceful activity conducted in harmony with nature into a heart wrenching bloodbath.  In a word it would be cruel.
To me the Hunting Act is a deeply flawed piece of legislation because it fails to discriminate between non cruel and cruel activities.  What makes an activity cruel is not whether dogs are involved or not but whether undue suffering is caused.  People should have a legal duty not to be cruel when they conduct their business and this requirement should apply to hunts, farmers and conservation bodies alike.
There’s a simple way to achieve this and that is to define cruelty and make causing it illegal in any way without exception.  This is precisely what a law proposed by the Labour Lord Donoughue seeks to do.  Whatever the future of the Hunting Act I feel that the idea of banning all deliberate cruelty to wildlife should unite, not divide, all bodies involved in wildlife issues from the Countryside Alliance through the RSPB to the RSPCA and LACS.
[registration_form]