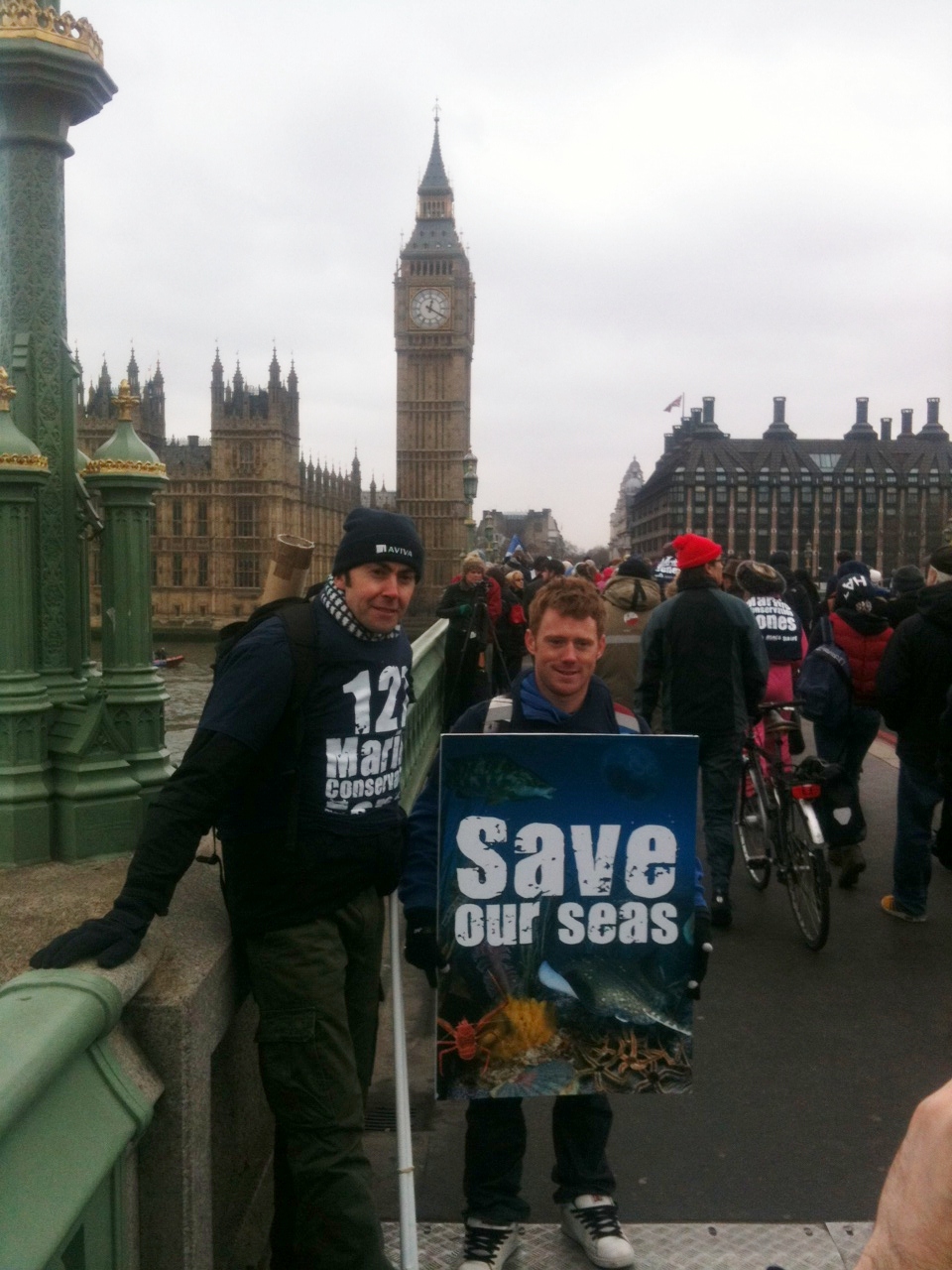 On Monday I met a mermaid who was no mere maid, saw that bloke off the telly and spotted the most unlikely revolutionary journalist – and it was jolly cold.

It was probably jolly cold everywhere, but it was cold walking across Westminster Bridge with hundreds of others calling on the government (that means you Defra) to live up to its promises, pull its fingers out of the places where they are stuck and designate a fully functioning system of properly protected marine conservation areas around our coasts.

It wasn’t exactly Les Miserables, and no barricades were erected or stormed, but hundreds of us felt that warm glow (and it was jolly cold) that we were at least ‘doing something’ – and some of us felt a little nostalgia for our youth and demos and protests of the past.

Charles Clover, who knows his fish, seems to me an unlikely revolutionary, but he seemed to be getting into the swing of this protest lark – if only the Morning Star still existed (as a daily paper) he could get a job there.

And there was that bloke off the telly – Hugh Fearnley-whatsisname.  He was good! He told us all how lovely we  were and how rubbish the  government is.  That’s what we wanted to hear.

It was good. It was cold – but it was good. And it was doing something and literally raising our voices on  the subject of proper protection for the marine environment as all political parties had promised.  Would Labour be any better on this subject than the Con/Lib shower that have stalled on this issue? I hope so, if only because it was Labour who brought in the Marine Act that is the basis for Marine Conservation Zones.

We were a big shoal of protestors turning heads in central London and making a bit of noise on a cold February day.

As well as mermaids and scuba divers, people dressed as cod and skates, fishermen and yachties there were Marine Conservation Society folk and Fish Fight folk and Save our Seas folk.  I met several ex-RSPB staff and one current RSPB staff member, and some folk from Greenpeace but this wasn’t a joint effort by the environment movement.

I wasn’t surprised that Buglife and  Butterfly Conservation weren’t there (although they would have been very welcome) but I think someone (and I have no idea who) missed a trick by not having RSPB, the Wildlife Trusts and WWF involved.  All those organisations support MCZs, worked hard on the Marine Act  and want the government to do the right thing.

A few more hundred, or thousand, people wouldn’t have done any harm and it would have been a tangible sign that this was not just an ask from that bloke off the telly but from the ‘movement’ as a whole.  I wonder why that didn’t happen. Maybe someone could enlighten us. 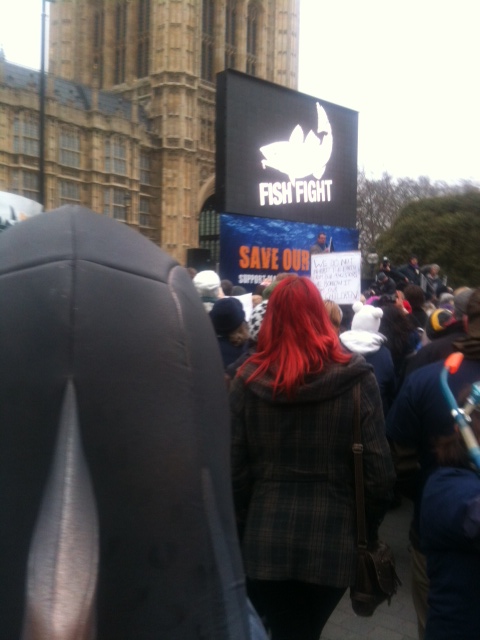