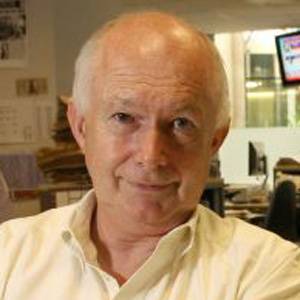 In a month’s time, on 26 March, Michael McCarthy leaves The Independent newspaper as their Environment Editor. With his departure I will no longer hesitate over which newspaper to buy – I can just pick up the Guardian every time knowing that I won’t be missing a McCarthy article in The Indie.  Many nature conservationists’ reading lives will be simplified by knowing that there will no longer be a great writer on nature conservation to be found regularly in any of our daily national newspapers.

Michael McCarthy was born on the posh side of the Mersey in Birkenhead and read Modern Languages at Liverpool University.  He worked on the Bolton Evening News and then the Daily Mirror (first in Manchester and then in London).  After 14 years on the tabloids he moved first to The Times and then the Indie on Sunday before The Indie (27 years on the broadsheets).

Mike was named as the Environment Journalist of the Year in 1991, 2003 and 2006, and even more prestigiously, the Specialist Writer of the Year in 2001.  He was the first journalist to receive the RSPB’s highest honour, The RSPB Medal (in 2007), and received the Marsh Award in 2009 and the Zoological Society of London’s Silver Award in 2011.

While I worked at the RSPB there were several occasions when I knew that Mike was the journalist who would write up a story in the best way for nature and the most interesting way for his readers.  It was Mike’s idea for The Independent to offer a prize for the research that clinched the reasons behind the decline of urban house sparrows – no other paper would have done this.  And it was to Mike that we turned in 2001, the year of foot and mouth, when ospreys started nesting in the Lake District – The Independent broke the good news with a photograph on its front page.  There were many other occasions on which we worked together to get prominent stories about nature into the pages of The Indie.  Nature conservationists in Butterfly Conservation, Plantlife and Buglife will similarly feel the loss of McCarthy being only a phone call away.

Here are a few recent examples of Mike’s commentary on nature conservation issues: badger cull, neonicotinoids, Rio summit, loss of abundance.  And his excellent book, Say Goodbye to the Cuckoo, was very favourably reviewed and remains an excellent introduction to, and treatment of, the issue of declining migrant birds.

I have shared many a bottle of claret and champagne with Michael McCarthy and chewed the fat about wildlife, nature conservationists, politicians, literature, poetry, football but the conversation always came back to wildlife as that is his passion and mine.

When asked his favourite flower Mike says it’s the greater butterfly orchid for its delicacy.  It’s a plant that often grows in shade and its bright yellow flowers light up the shadows.  But Mike also mentioned that being the first journalist allowed to see the lady’s slipper orchid at the site where it has been secretly protected since the 1930s was a highlight of his journalistic career – and there aren’t many journalists, even environment journalists, who would look at the world that way and that’s one of the things that makes Mr McCarthy so special.

The silver-washed fritillary is his favourite butterfly because of the slightly flattened curve of the leading edge of the forewing reminds Mike of Georgian silver – and that’s not a line you’d hear from other journalists either.

When it comes to birds, the redshank ‘s wild lonely call takes Mike back to the Dee Marshes but who wouldn’t have a soft spot for the cuckoo?