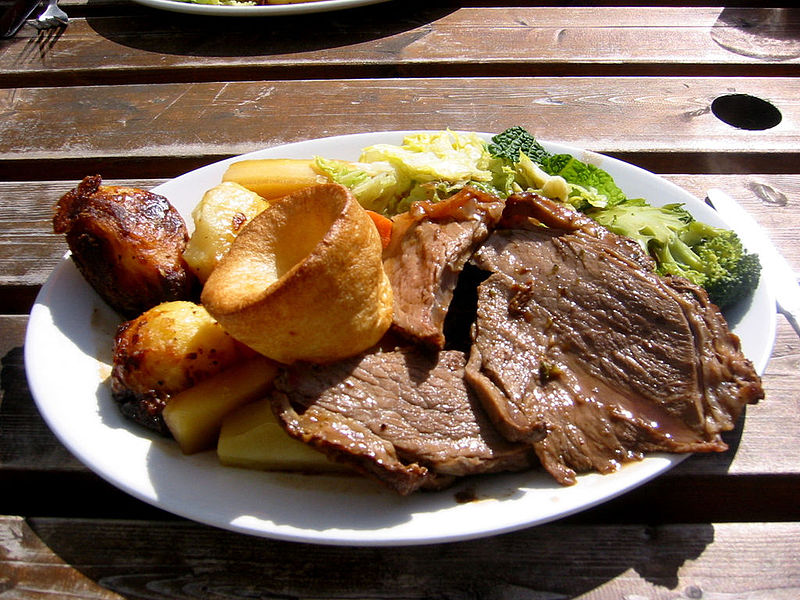 We come back to the price of food every now and again in this blog.  It’s not a subject I know that much about but I’m happy to go along with the general consensus that we have cheap food and that food has become cheaper over the last 40 years or so.

I read in a letter in Saturday’s Financial Times that 11.3% of our expenditure is on food and non-alcoholic drinks (and this seems to be about right) compared with about 20% of the average German expenditure.  I gather that that figure would have been closer to 25% in the 1950s but can’t find much hard evidence to back that up – does anyone out there have access to good figures?

This blog will question whether those headline figures are accurate estimates of the real cost of food and also whether we should be thanking the CAP very much for cheap food.

Farming is a very different industry from most – and that’s why I am supportive of public money going in to agriculture.  What makes farming so different is that it doesn’t only produce goods that can be sold in a market (eg milk, meat (whether horse or cow), wheat) it also produces a whole bunch of things that the producer (farmer) can’t easily sell.  These are ‘public goods‘ such as wildlife, landscape, flood protection and clean water.  If a farm has lots of skylarks the farmer can’t easily sell these to me even if I am very interested in them.  Other industries don’t have the same production of public goods – newspaper production, making cars, making clothes etc do  not have the same output of public goods.

It’s the safeguard of those public goods – things we value but cannot buy directly – that is the reasonable basis for the huge payments to farming as a whole (and some individual farmers in particular).

However, looked at in this way, and I think it is a good way, shows that we pay for food in at least three different ways.  The easiest to appreciate is that 11.3% of our money that we spend in actually buying food.  That’s what we think of as the price of food and it does make up a very large part of the price.  However, before we get to the shops you and I have already paid farmers once for food.  The income support part of the CAP means that each household in the UK has already handed out something like £55 in CAP (Pillar 1) payments before they go shopping.  Those payments also push up the price of land for all of us and feed a little into housing costs etc.

And then there are those public goods.  If skylark numbers were shooting up under current agricultural practice then farmers would be entitled to point this out as a bonus for our money.  Given that wildlife has not done well on farmland as a whole we, the people who pay, are entitled to point out that our money isn’t even leading to the maintenance of wildlife but we are losing some of the things that we love.

When you add in the increase in water bills caused by water companies having to remove agricultural pollutants from water (and passing the price on to  water consumers), the loss of carbon stored in soils (and therefore stuck up in the atmosphere causing climate change), the land drainage that increases flood risk (and therefore pushes up house insurance costs), the nitrous oxide (another greenhouse gas) that comes from fertiliser use and a few other things too then the costs mount up.  Then there are one-off costs of food production systems such as closing down the countryside because of foot and mouth disease.

Whether food is cheap or not when you take these matters into account is difficult to know – but it clearly isn’t as cheap as it first appears at the till.

I was struck when reading Roger Scruton’s book Green Philosophy (which I keep meaning to review here but have not yet got around to it) that he states, amongst other criticisms of the CAP, that it has cost the average family around 1500 euro per annum and marginalised small farmers.  There isn’t much that I agree with Scruton about (although his book is stimulating because of that), but I do agree with that analysis.

It’s noticeable that aid and development organisations aren’t great fans of the CAP either. OXFAM don’t have many good words to say about it (see here and here), nor do CAFOD (although this is a rather old document) or Action Aid (click here).

My last fragment of information comes from my reading of a Christmas present – the book of 60 New Elizabethans produced from the BBC Radio 4 series of last year.  In the chapter about Alan Sainsbury (of supermarket fame) it describes the removal of resale price maintenance by the Conservative government (of Sir Alec Douglas-Hume) in 1964.  RPM was a form of price fixing that meant that prices couldn’t be reduced or undercut.  With its removal supermarkets were able to compete strongly and deliver reductions of prices through just the type of mechanism of efficiency and competition that the government had envisaged.  This seems to have been an important driver of the reduction in food prices of which I had been completely unaware (having been aged 6 at the relevant time).

I apologise for the rambling nature of this blog. If it were an undergraduate essay then it would lose marks for not having a strong enough thread of an argument running through it.  However, it may shake out some useful comments from you clever readers.

The points are: food prices shouldn’t just be measured by what you spend in the shops, the CAP system doesn’t work very well for the environment, poor people or many farmers or consumers and it probably isn’t a reason for ‘cheap’ food.

But what do you think?