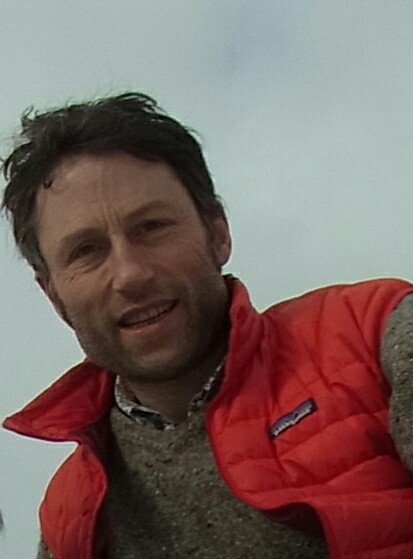 Rob Yorke is a countryman with two hats: one as a chartered surveyor paying his mortgage,  the other as a rural commentator passionate about an informed countryside debate. He has lived in west Scotland, north England, London and now permanently in south Wales. He stalks The Times’ letter pages but it’s cheaper to follow him at twitter.com/blackgull.

I should declare my interest. I like birds; watching them, feeding them, listening to them, hunting them and eating them. A member of Game & Wildlife Conservation Trust (GWCT), British Trust for Ornithology (BTO), British Association of Shooting & Conservation (BASC) and RSPB who is frustrated by polarised debates over conservation that alienate balanced discussion with potentially detrimental impacts on wildlife.

In this dangerously collaborative opinion piece, I expect few plaudits from any polarised camp members.

The countryside, 75% of it agricultural, is home to two inextricably linked requirements; food and biodiversity. Nature reserves and gardens may appeal as areas for domesticated conservation policies close to a majority urban population, but it is vast swathes of farmland from salt marsh to uplands, that hold the bulk of large scale ecosystems necessary for biodiversity and food production.

The politics that flavour everyday life but often mean little to the long term health of the environment, cannot be ignored. Politics dictate policy and policy demands data.

The Farmland Bird Index (FBI) is one such tool. Some believe it’s an index of how chickens fare on farmland, others wield it as a stick on how farming has somehow buggered up birds. The FBI, made up of 19 generalist and specialist birds all dependent on lowland agriculture, is used as a barometer of the countryside’s health. The State of the UK’s Birds 2012 report influences policy and much of the data is provided by, amongst others, volunteers spending just two mornings a year counting birds in a 1km square.

Both these data tools indicate overall long term declines in what are perceived as priority bird species; from grey partridges and skylarks, to wood warblers and tree sparrows; except that no one actually knows how well skylarks are doing in the neglected uplands.

And this is where it all gets a bit warped. The very mention of some conservation organisations, let alone allowing them onto their land to count birds, sets teeth grating and puts hackles up. The responses from farmers for my debate paper, ‘New demands; old countryside’ on being asked ‘Were they members of the RSPB?’ ranged from the quizzical to the rude.

Agri-enviro schemes, publically funded and supported by the RSPB, are lauded for their take up but alas, have done little to boost farmland birds.Alan Buckwell, previous policy director at the Country Land & Business Association (CLA), told me; ‘If farmers set their minds to getting the FBI to go up by feeding them, providing habitat and ensuring they can breed, then the whole discourse might be different.’ Sir John Lawton (of Making Space for Nature) has said that where predator control works, we should get on with it.

The National Farmers Union (NFU) must take its teeth out of the RSPB and the RSPB must stop pandering to their members’ subjective feelings which can result in unscientific policy on the ground. Is it terrified of offending and losing members who own bird-chomping cats or facing the music when they shoot tern-eating foxes? Has ‘dry’ science been eschewed by all to enable antagonistic ‘juicier’ fund raising campaigns as a better way for organisations to raise funds from members?

In an e-petition, campaign-led culture, uncomfortable conservation conversations are bypassed as we rely on others to undertake conservation work on our behalf. Perhaps it’s time to highlight our own wasteful consumer choice’s impact on wildlife living alongside us, while stretching out, over the informed minority, to reach the uniformed majority?

When some set out to save ‘cute’ looking birds, rather than tackle non-native invasive species, and others believe they should be producing food at any cost, rather than husbanding soils, both pay scant regard to trade-offs that might interfere with their respective campaign. Tim Benton, UK Food Security Champion, demonstrates that crop yields (organic or conventional), and not farming practices per se, have significant impacts on some biodiversity and RSPB’s Mike Clarke talks about conservationists needing to confront trade-offs implicit within multiple land uses; these types of input should help us break up the ‘spinning’, tussling lobbyists to seek to build on synergies gained from positive examples of successful outcomes.

Cash is tight and the countryside needs funds for improving farming efficiency and improving agri-enviro schemes. Money flows easier down politically acceptable slopes and the government wobbles between listening to a million membership group and thousands strong trade association groups; both of which have valid issues to raise – even if the former has countless research papers (not all in the public domain), more press officers than Defra and receives, excluding grants, millions from the public purse.

Steve Redpath, conservation scientist, says; “engagement via dialogue is likely to be far more productive in these debates than relying on enforcement”. Now is the time to initiate dialogue between landowners, farmers and conservationists to work towards robust solutions for competing land uses. Avoid enforcement by weeding out poor practice, dispel disapproval of game shooting or farming methods, and engage in models similar to BASC’s Green Shoots. This programme, endorsed by government nature conservation agencies, builds on common ground to link shooters and non-shooting conservation organisations for the benefit of wildlife and all parties.

There are plenty of examples of progressive agri-business farmers boosting biodiversity and shooting interests working with the RSPB to help birds alongside sustain vital economic viability that underpins a vibrant, healthy countryside.

It is too easy to talk around problems rather than work towards solutions: let’s bring in GWCT’s science, blend it withCLA’s strong interrelationship between food & environmental security, combine Royal Agricultural Society of England’s ‘Sustainable intensification & farmland birds’ with the NFU’s Farming Delivers and top up with the RSPB’s Volunteer & Farmer Alliance to move us all in a positive, non partisan direction.

Farming, countryside and conservation organisations have to accept there are shared challenges that come with joint responsibilities of producing food and enhancing biodiversity. From a need to assess more accurate bird numbers, to sponsoring objective science, we must all aim to find long term solutions (even if unpalatable at times) that benefit both our health and that of the environment.