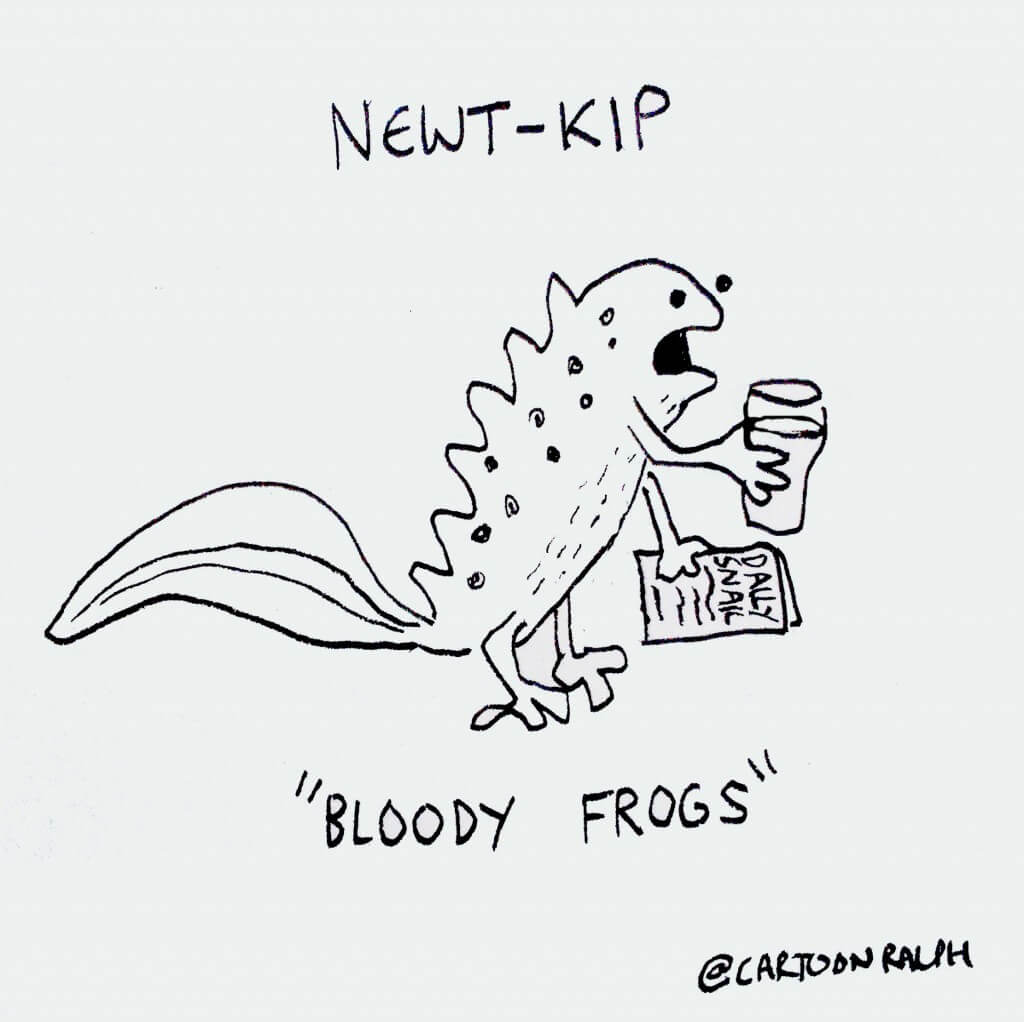 But you can’t get away from the fact that the coalition ‘partners’ both took one hell of a beating.  The Conservatives will be fearing that they will end up at the next election as numerous as bluebirds really are over the White Cliffs of Dover.  Lib Dems will be feeling they have been hammered – and yellowhammers have declined widely in agricultural areas and are never seen in towns.

Labour did OK, and, like red kites feeding on a road-killed pheasant, they have picked over the bones of Tory demise and made a killing.  But like the red kite, they haven’t actually killed very much – they are just carrion eaters benefitting from others’ misfortune.

Seriously for a moment, the Green Party gained a few council seats but achieved nothing resembling a breakthrough – they are still waiting for the lights to turn green and it looks like it may be a very long wait.

But Newt-Kip is on the Great Crest of a wave at the moment.  Personally, I think it is the fault of all those immigrants coming over here and voting for the foreigner-loving Newt-Kip.  We should pack them off back home so that we Brits can vote again for the greenest government ever.

Do have a look at UKIP’s policies on food, farming and the countryside and keeping the lights on.