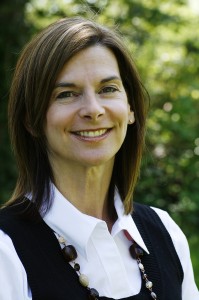 Carol Day is a solicitor at WWF-UK. She originally trained as a nature conservationist and worked on policy with The Wildlife Trusts and WWF-UK, but converted to law in 2002. She now advises in-house policy staff on the law around marine and fisheries, species and habitats, freshwater and access to justice. She often ponders the irony that any direct experience of nature is now reserved for the weekends.

Denmark. Home of great things – bacon (for the non-vegetarians), gritty detective series and a little known legal instrument called the UNECE Aarhus Convention, named after the city in which it was signed in 1998. Until a few years ago, hardly anyone had heard of it – but it is rapidly becoming one of the most important environmental laws around (and thus ripe for Government attack).

The Convention sets a benchmark for ‘participatory rights’ in environmental matters – including access to information (“the right to know’), public participation in decision-making (‘the right to get involved’) and access to justice (‘the right to challenge’). The UK ratified the Convention in 2005 – as has (now) every EU Member State and the European Community in its own right. The Convention has working groups centred around the three ‘pillars’ (as they are often called) and a novel compliance mechanism, in which individuals and groups are afforded equal rights of participation as contracting Parties.

The UK was a driving force in the drafting of the Convention, believing everything in the UK garden was rosy. However, it would appear, unlike those ‘Neanderthal backwaters in Eastern Europe’, that the UK has rather a problem with the Convention. And the picture looks set to get a whole lot worse with the Government’s continuing war on Judicial Review. 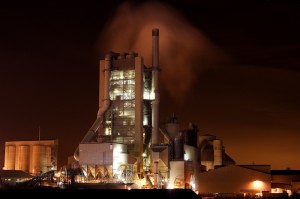 The main thorn in the UK’s side is the requirement that legal review procedures in respect of environmental issues must be “fair, equitable, timely and not prohibitively expensive”. Initially, the Government thought the “not prohibitively expensive” bit related to the fees for lodging a Judicial Review in court. Not so. It has subsequently been held to include all the costs in a case, including your legal fees, your opponent’s legal fees if you lose (thanks to the established principle that costs “follow the event”) and any ‘bond’ required by the court to secure an injunction. And we’re not talking peanuts. Consider the plight of Lilian Pallikaropoulos in Rugby, who faced a costs bill for just under £90,000 for losing a case concerning the legality of a cement works in Rugby – or Marco McGinty in Scotland, who faces a bill of £30,000 for challenging the (now withdrawn) Hunterston power station – or the residents of Merthyr Tydfil, who were served with a costs estimate of £257,104 in respect of pre-action costs by open-cast coal operator Miller Argent. These brave individuals risk huge personal loss to challenge the legality of the decisions of public bodies in the interests of protecting the environment. And it is right that, where they have an arguable case, they are enabled to do so.

Thankfully, both the Aarhus Convention Compliance Committee and the European Commission consider the UK in breach of the Convention and EU law on costs, the Commission inexorably dragging the Government to the European Court following a complaint by a coalition of NGOs in 2005. Although the wheels of EU justice turn slowly, the weight of international concern has forced the Government in England and Wales to amend the law on costs in environmental cases. As of 1st April 2013, an individual’s liability for the costs of a public body is capped at £5,000, that of a group at £10,000 and a bond will now only be required in exceptional circumstances. Whilst not perfect, these changes mark a real improvement and should be welcomed (and used wisely).

The trouble is, when you win one battle the Government invariably clamps down elsewhere. On 23rd April, the Government announced a reduction in the time limit for applying for JR in planning cases from a three months maximum to six weeks and a ban on people seeking an oral hearing if their initial written application is ruled ‘totally without merit’ (as was the case in the Friends of the Earth solar case – which ultimately went on to be successful in the Court of Appeal). We have yet to see one shred of evidence to support the purported relationship between JR and ‘the stifling of economic growth’, but the Government has little interest in data. For example, only a fifth of respondents to the recent consultation paper supported the proposal to shorten the time limit in relation to planning JRs, but the proposals went ahead anyway.

The Government seems less than enthusiastic about consulting the public these days too. Following the introduction of the Cabinet Office Consultation Principles in 2012, standard consultation periods of 12 weeks have been replaced by 2-6 weeks (witness the 3-week period for the review of the Joint Nature Conservation Committee over the Easter break). Anyone would think they’d already made their minds up.

The Aarhus Convention goes to the heart of environmental democracy. Judicial  Review  cases  are  not  road  traffic  matters  –  they  concern  complex  legal arguments of unlawful behaviour by public bodies and remain a key mechanism for environmental protection. Restrictions on judicial review are of  constitutional  importance,  and  should  not  be confused  with measures  to  cut  red tape or costs.  If you’re interested in exercising your democratic right to protect the environment, bone up on the Aarhus Convention – before George Osborne turns his attention to it.

18 Replies to “The UK and Environmental democracy – the Aarhus end of nowhere?”