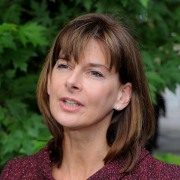 Carol Day has worked for environmental NGOs, including The Wildlife Trusts and WWF, for over 25 years. She now works as a Solicitor for Leigh Day where she runs the Environmental Planning and Litigation Service (EPLS ) and is also a part-time Legal Consultant for the RSPB. The views expressed here are her own.

Mark’s blog has a very large following by any standards. I suspect that many of you, like me, read it because he has the courage to say what he believes. As an independent expert, he is unconstrained by the limitations of NGOs (Trustees, members and, occasionally, corporate sponsors) and, providing he stays within the law, he can say what he likes. And that’s not only a welcome and refreshing quality in the current economic and political climate – it is a fundamental tenet of any modern democracy.

However, you may have noticed this Government doesn’t like being criticised nor, for that matter, challenged. Since coming to power, the Lord Chancellor and Secretary of State for Justice, Chris Grayling has engineered a relentless war on Judicial Review (JR) – the mechanism by which you and I can challenge the legality of decisions made by public bodies. JR has been relied on by numerous individuals and NGOs over the years as a last resort for environmental protection – whether to establish the Habitats Directive applies in the marine environment – or to challenge decisions for a third runway at Heathrow, High Speed 2 or the legality of feed-in tariffs for solar panels.

As a mechanism, JR isn’t perfect. It provides a mechanism to challenge the procedure by which decisions are made (much less so the merits) and it has low success rates, but recent measures to “tackle the burden that the growth in unmeritorious judicial reviews has placed on stretched public services” is akin to death by a thousand cuts.

Measures you might have read about include plummeting legal aid budgets, reduced time limits for lodging planning cases and increased fees for pursuing an oral hearing for a refusal of permission on the papers. And there’s more to come. Last month, the Ministry of Justice (MoJ) published the Criminal Justice and Courts Bill to progress another raft of reforms to address “procedural defects” in JR. These will include requiring claimants to provide information on funding at the outset of a case so the Courts can make costs orders against external funders and a presumption that interveners will bear the costs arising to other parties from their intervention, despite acknowledging that “interveners can add value, supporting the court to establish context and facts”. As if litigation wasn’t intimidating enough.

It is worrying that environmental NGOs are a particular target of the reforms. Despite a failure to provide any empirical evidence, attention is drawn to the potential for the “abuse” of JR (principally by campaigners using JR as a delaying tactic) and the role of JR as a “brake on economic recovery”. In order to get major infrastructure cases moving, the Government is also establishing a Planning Court in the High Court, with a separate list under the supervision of a specialist judge. While the introduction of a dedicated forum has potential advantages (such as accumulating expertise and reducing delay), such a forum must demonstrate a broad approach to planning cases, not just the views of one particular judge.

It is also of concern that the Government is pressing ahead with the reforms in the face of such widespread public concern. For example, two-thirds (67%) of those consulted did not support the proposal to shorten the time limit for planning cases from three months to six weeks, nearly three quarters (74%) were opposed to the proposal to remove the right to an oral renewal where an application for permission to bring JR was assessed by a judge as “totally without merit [Note 1]”; and two-thirds were opposed to the proposal to require applicants to provide information on funding at the outset of judicial review. Nevertheless, the Secretary of State did not “accept these criticisms” and went ahead regardless.

In light of the above, Mr Grayling must be particularly irritated by the UK’s obligations under the Aarhus Convention. I have previously written in this blog about the importance of this far-reaching UNECE Convention for participatory rights (access to information, public participation and access to justice) and last month, the UK lost the final chapter of the environmental costs jigsaw in the European Court. A complaint lodged with the European Commission by seven environmental NGOs [Note 2] in 2005 inexorably crawled its way to Luxembourg (with a successful excursion to the Aarhus Convention Compliance Committee in Geneva along the way). It is now clear that the costs regime for environmental cases introduced, of all days, on 1st April last year cannot be unravelled. Despite previous allegations the new regime is “gold plated”, it is clear the Government may, in fact, have to make further improvements to the scheme, which now limits the adverse costs liability of individuals and groups to £5,000 and £10,000 respectively. As the previous costs regime was pretty much akin to writing a blank cheque for bodies funded by the taxpayer, these figures give some reassurance to those embarking on environmental cases. But the survival of the Aarhus regime cuts a lonely figure amongst widespread moves (such as the Red Tape Challenge, and reviews of the Habitats Directive and EU/UK Balance of Competencies) to undermine the effectiveness of international and EU law.

The Government’s attitude to JR reveals a woeful misunderstanding of its importance. Environmental cases are not road traffic matters – they concern complex legal arguments of unlawful behaviour by public bodies with potentially catastrophic and irreversible effects. Restrictions on judicial review are of constitutional importance, and should not be confused with measures to cut red tape. Individuals and civil society groups, particularly those concerned with the protection of the environment in the public interest, should not be denied their fundamental constitutional right to check an abuse of power on the basis of anecdotal evidence or costs-cutting.

If you agree, please support members of CAJE opposing provisions in the Criminal Justice and Courts Bill eg CPRE, FoE .