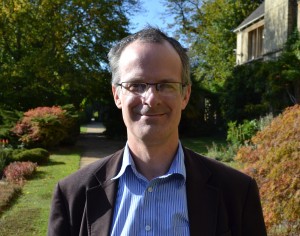 Simon Marsh’s day job is Head of Planning Policy at the RSPB, leading a small team which seeks to ensure the planning system in England is good for nature. Wearing another hat, he is also an advisor to the Christian conservation charity, A Rocha UK.

Working for an organisation like the RSPB, you sometimes have to reply to letters that members write to the Chief Executive. I recently helped a colleague reply to one such letter which asked The Pope Question. The Pope Question also surfaced on Mark’s blog a few months ago following the inauguration of Pope Francis I in March when the new Pope said:

“I would like to ask all those who have positions of responsibility in economic, political and social life, and all men and women of goodwill: let us be protectors of creation, protectors of God’s plan inscribed in nature, protectors of one another and of the environment.”

There’s also The Archbishop Question, especially as the new Archbishop Justin Welby said something similar when he was enthroned only a week later.

The gist of The Pope Question is, “Why can’t you get the Pope to tell Catholics to look after the planet? Then we’d all be sorted.” Or insert religious leader/faith group of your choice into this question.

The Pope Question was first described to me by my friend Peter Harris, founder of A Rocha International, as the inevitable question in any talk on faith and the environment. From my limited experience, it’s quite true.

Well, the Pope’s said it, and in fact his predecessors have said it going back at least twenty years. So are we sorted?

Over the last year and more I’ve been working on a sabbatical project at the RSPB, entitled ‘Saving Nature with Faith Communities’. The RSPB strategy Saving Nature recognises that we have to work increasingly in partnership with others to achieve our goals. That includes faith communities in the UK and around the world. The purpose of the project was to review the contribution made by faith communities to nature conservation, and to make recommendations on how the RSPB can work best with them.

My report is published here. It includes a number of case studies from the UK and around the world.

So, what do house sparrows in London, vultures in Mumbai, white-headed ducks in Turkey and yellow-eared parrots in Colombia have in common? Apart from the obvious – that they are all birds in trouble which the RSPB or its partners in BirdLife International are trying to help – the answer is that they are all cases where conservationists have worked alongside faith communities to save nature.

Here are the report’s key findings:

·         All major world faiths have some concept either of the earth as created by God or sacred and therefore deserving of care.

·         Declarations may not translate into practical action. Like any secular body, faith organisations can be inconsistent in their policy.

·         The RSPB’s beginnings were closely linked to Christianity. Although the conservation movement has multiple roots, Christian values are deeply embedded in its origins.

·         Utilitarian and scientific reasons for saving nature are insufficient in themselves. Conservation groups should be prepared to work with religious and cultural values and to have their own philosophy challenged.

·         More than half (59%) of the UK population consider themselves to be Christian, but minority faith groups are growing in size and significance, especially in major metropolitan areas.

·         Around 7 million adults in the UK are formal church members, mostly in the Catholic Church and Church of England. Churchgoing is highest in Northern Ireland and London, and lowest in Wales.

·         There are a significant number of faith-based environmental initiatives in the UK, but at the national level A Rocha UK is effectively the only one with a focus on nature [you can visit their stand at the Birdfair].

·         The Catholic Church accounts for almost half (46%) of the worldwide Christian community, but the Christian church is diverse and dynamic, with rapid growth in countries such as China and India.

·         There is a significant number of international faith-based environment initiatives. The work of A Rocha International and the Alliance of Religions and Conservation is noteworthy.

So in answer to The Pope Question – yes there are lots of Catholics (more than one billion globally), yes the Pope is very influential if you’re a Catholic, and yes he has asked people to look after the planet. But as one of my interviewees remarked, ‘Of the making of declarations there is no end.’ (see bullet 2). The green views of religious leaders and institutions are very welcome, but they don’t necessarily translate into either the views of individuals within faith communities or to practical action on the ground. There are many exceptions, of course, and my report highlights some of them. It’s vital to work with faith communities to encourage the exceptions to become the rule.