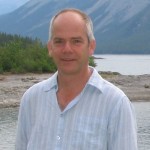 Why MARINElife deserves the public’s support

If you were a traveller, holiday-maker or whale watching enthusiast in the mid 90’s you may have been among the hundreds of thousands of people who travelled across the Bay of Biscay on board P&O’s flagship ferry service ‘The Pride of Bilbao’. The ‘Billy’ as she was fondly known forged her way from Portsmouth to Bilbao every week all year round until the service closed in 2010.

On board were representatives of an enthusiastic young group who sailed under the flag of the Biscay Dolphin Research Programme or BDRP for short.

Biscay, as we know is an important and exciting area for cetaceans. Its deep canyons attract many different species including sperm, fin and pilot whales as well as rarities such as Cuvier’s beaked whale.

BDRP not only surveyed these routes for 15 years but ran an on-going education and training programme on board.  Over the period BDRP delivered talks and educational activities to 30,000 people and around 500,000 made use of the deck displays and guided viewing opportunities.

In 2005 BDRP transformed into MARINElife and confirmed a new mission to conserve marine wildlife through research and education.

MARINElife in its raw form is a grass roots volunteer organisation which has over the years grown into a science based group working on a variety of cetacean and seabird projects.

Our ‘BIG’ project is to help transform our knowledge of cetacean distribution and populations in north Atlantic waters and to monitor changes over time.

Our contribution has been focussed on the 14 ferry survey routes we now operate from, local projects in Lyme Bay and off the coast of Northumberland and through the Atlantic Research Coalition (ARC) a highly active partnership of 10 European based cetacean groups.

Lyme Bay has been a case in point to show that our seas, even those close to our coastline have much new to reveal.  A quick look at the JNCC distribution data from the mid 90’s shows only a small number of sightings of White-beaked dolphin in the Channel yet our own studies since 2007 have shown a population of some 150-200 animals in a localised area in western Lyme Bay.  This southernmost population in Europe shows a high degree of site fidelity with some 97% of sightings occurring in an area of 800 km².

WDC recently reported a new population of Risso’s dolphin off Bardsey Island in north Wales and CEFAS have reported from their research vessel up to 50 fin whales travelling through the southern Irish Sea at one time.

All this is new and important data, which needs taking into account within MPA programmes and regional marine management planning.

It also hi-lights the difficulty of monitoring marine mammals.  Not only is it an expensive process to put boats out to sea but season, weather and lack of physical boundaries can mean that a single trip can reveal no useful data at all.

The benefit of ferry based surveys are therefore obvious. Apart from the cost savings of boat charter (due to the generosity of the sponsoring ferry companies), repeat surveys can be made regularly over many years, over the same routes.

From a scientific perspective whilst there are challenges with this type of survey and data validation they can give a very accurate localised picture which potentially can be extrapolated to larger ocean areas.

Along with our ARC partners we are working to create a standardised survey method and validation process which can be used by all members. The potential benefit here is enormous as it will provide a database of cetacean records and mapping from 10 European groups and which will provide us with significantly more leverage when it comes to representing their status, prioritising action and influencing policy both at a national and European level.

On the ‘Billy’ we raised all the funds we needed to keep our work going.  The public saw value in what we offered and although that particular ship and route has passed it was the primer for an expanded organisation with the same values but with a growing portfolio of ferry routes.

Today we are training some 200 new surveyors each year and we are working to utilise their skills in new ways, develop new opportunities and above all realise conservation goals.

In Lyme Bay we have now submitted our scientific report to DEFRA to propose a new MCZ based on our White-beaked dolphin, harbour porpoise and bottlenose dolphin data supported by the data which highlights the important seabird populations in this area including the hundreds of internationally endangered Balearic Shearwater which pass through each summer.

Of course, the issues around MCZ’s are numerous and other designations may be relevant too.  However, raising the profile of the area is essential particularly as there is a general move to bring planning processes to coastal waters.

By its very nature successful marine conservation needs many partnerships. Planet Whale reported in 2010 that there were around 200 charities / non-profits dedicated to conservation of cetaceans on a worldwide basis and my own tally says there are at least 8 significant charities in the UK (and that excludes groups who have multiple interests).

MARINElife had the good fortune to be self-sustaining in its formative years. Our work programmes have been growing rapidly in the last three years and whilst a great deal of this work is carried out by volunteers we do need to invest in the science effort.

This year we were successful in raising funds for a 3 year post for a Conservation Science Manager, enabling us to develop our data systems, deliver on the important goals of ARC and engage more deeply in the MCZ and marine management planning processes.

Unrestricted funds are harder for a small research organisation like MARINElife to target but are needed to support the administration to keep our hundreds of volunteer surveyors out at sea.

Go on give your vote to MARINElife!