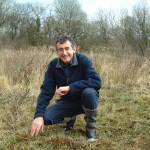 Who could resist a butterfly?

Butterflies are among nature’s most colourful and spectacular creatures, which are used across the world as symbols of beauty and spirituality. Sadly, they are also one our most seriously threatened groups of wildlife. This is the case for why Butterfly Conservation, the NGO that works to conserve butterflies and moths, deserves your support and your vote in Mark’s challenge.

The recent State of Nature report showed that butterflies are the most rapidly declining group of wildlife, with over two-thirds of UK species declining and over 40% listed as Priorities for conservation. The reason for this rapid decline is their huge sensitivity to environmental change. In order to survive, they need the right food-plants, growing in the right condition, every year without fail. For habitat specialists, which live on our precious fragments of remaining semi-natural habitat, even a small change in management can lead to local extinction from which they rarely recover without a large conservation effort.

As our habitats have become smaller and more fragmented, butterflies have suffered particularly badly and species are disappearing from whole swathes of the countryside. For example, the High Brown Fritillary used to be found across southern England but is now reduced to just 40 sites. In this case it was lack of woodland management, and especially the decline of coppicing which creates the open glades it needs, which was to blame.

Other species are disappearing because their grassland habitats have been neglected because they are uneconomic or because they are overgrazed to maximise livestock production. However, overgrazing is sometimes also caused by conservationists who tend to like grassland habitats grazed quite short to reduce scrub invasion and maintain what is perceived as “favourable condition”. While some butterflies thrive in short-grazed turf, there are several that can easily be wiped out by over-zealous management. One such species which is now on the brink in many areas, is the lovely Duke of Burgundy, which thrives on primroses and cowslips growing in tussocky vegetation. It has suffered a catastrophic decline in recent decades, and is disappearing as rapidly on reserves and SSSIs as unprotected land.

Butterfly Conservation is working hard to reverse these declines by targeted conservation effort using a combination of expert staff and dedicated volunteers. We focus our effort in around 76 key landscapes where we work with partner NGOs and hundreds of landowners to get habitats back into good condition, and keep them that way. The results have been spectacular and many species are recovering well, including the High Brown Fritillary in our Morecambe Bay project and the Dukes in the South Downs as part of our Dukes on the Edge project. The results have been detailed in a recent Landscape report, available on our website.

We also run some world leading recording schemes on butterflies and moths, which collectively contribute 23 million records, over one-third of the data available on the NBN Gateway. Our volunteers are also incredible and run over 2,200 events per year to get people interested. They contribute over £10 million worth of effort and allow us to base our efforts on a strong evidence base.

All this crucial work needs funding. We are still a relatively small charity with 20,000 members, and we have to raise £2 million every year just to maintain our current level of practical conservation work. With reduced government funding and increasingly complex grant funding rules, this is a huge challenge. We also recognise that we need to expand our work significantly if we are to continue to make progress in stopping the massive declines of these most sensitive insects. We know how to conserve threatened species we just need the resources to do it.

So please vote for Butterfly Conservation and give butterflies and the human race a brighter future.