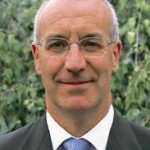 I’ve now stopped introducing the BTO as a ‘small’ organisation. With 120 staff, an annual turnover of £5m, 17500 members and around 40,000 wonderful volunteers whose birdwatching creates our data, the numbers speak for themselves. Of course we are small when you compare us to the mighty RSPB, the ubiquitous Wildlife Trusts and the National Trust’s public heritage. But then those comparisons are with mainstream conservation organisations, and the regular author of this blog doesn’t think we are one. So what do I think about why BTO does what it does, and why do we need more of the public’s support?

The beautiful thing about the BTO is purity of purpose. Our contribution is to provide decision-makers, opinion formers and society with information. And we do this without fear or favour, as an independent and impartial scientific evidence provider. Why do I think this is pure? Because the science stands on its own, results speak for themselves, and we can tell it like it is. In a way we don’t have to worry about the impact of our contribution, we don’t feel the need to over emphasise to make a point, to hold things back, or to serve our own needs. The other aspect of purity of purpose belongs to our fabulous volunteers. They only make their bird-watching (and increasingly their other natural history activities) count because they want to. It’s a gift.

Let me get back to the ‘why’. Data needs a purpose, and what our volunteers often say is that they expect BTO to use their data wisely, and for the benefit of nature conservation. And that’s why, even as an impartial evidence provider, I disagree with Mark, and say that BTO is a conservation organisation, and that our contribution is evidence on which the conservation delivery bodies base a lot of what they do. When I was in English Nature looking after England’s Protected Areas a decade or more ago, and a witness in the major Public Inquiry at Dibden Bay, it was birdwatchers’ records curated and presented by BTO that we relied upon as evidence to stop a potentially damaging development in its tracks. Cool, eh! Volunteers who, day in day out, record the birds they see can, through their partnership with BTO, have a profound effect on conservation.

So, why do we need more public support to ensure our contribution remains strong and relevant? In ten days time, BTO is publishing Bird Atlas 2007-11, the culmination of nearly ten years of work: beautiful artwork, striking images, intriguing maps, and informative and intelligent writing. In a way, the book is just the start rather than the finish of the work. Atlases have a habit of telling us things we didn’t already know, or at least providing real evidence and pointers about the issue we need to address. The farmland bird story, spawned by the first BTO Atlas in the 1970’s, is a prime example. This time around, BTO has prepared for a decade’s research to follow the publication of Atlas results. Rob Fuller, Simon Gillings and our BirdWatch Ireland partners, set the scene in the chapter on Pattern and change in the British and Irish Avifaunas over a 40 year period. It’s absolutely fascinating. You’d think BTO scientists would know everything an Atlas will confirm through results from many millions of records. But we have been surprised too! The loss of some species down the western seaboard of Britain such as Green Woodpecker and Yellowhammer is mysterious, the surprisingly frequent pattern of species such as Cuckoo, House Martin and Lesser Redpoll showing losses in the SE and gains in the NW, and the different colonisation patterns of non-native waterfowl, are informative.

It seems relatively straightforward to engage thousands of citizen scientists in collecting data, and attracting the funding to make that happen. Birders love Atlas-ing – maybe its the prospect of finding a singing summer Quail on your local patch, or investigating a new area and discovering inland Snow Buntings in winter. In order to turn these results into game-changing research, BTO would like to find an equivalent level of support for the research strategy. While scientific research relies on private, corporate and Government research funds, I would argue it is the public’s support that is equally crucial. And we know from Cuckoos emerging from the Congo and enabling us to see “spring coming from 4000 miles away” how we can touch peoples’ hearts with stories of our scientific research. I hope the engaging stories from this fascinating book, will ignite the public’s support, and they vote with their praise and their pockets – Atlas research relies on it!

2 Replies to “Minox Challenge – the BTO by Andy Clements”