I spent much of yesterday sitting at a computer and listening to the music of the late Pete Seeger on Spotify.

As I travelled through the USA last summer I listened to his voice quite often and I found it inspiring.

Many of us, of a certain age, will have heard songs such as Where have all the flowers gone?, Turn, turn, turn,  and If I had a hammer coming out of an old radio in our youth. They might have been sung by Seeger himself or Joan Baez, Peter, Paul and Mary or others. And they bring back memories of more inspirational times?

I listened again to Seeger’s voice singing these songs which are, in the UK at least, far less well known: This Land is Your Land, The Big Muddy and My Oklahoma Home Blowed Away (all of which have an environmental message) and the D-Day Dodgers (which is just irreverent fun). 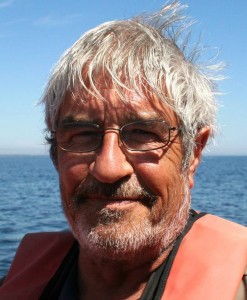 And towards the end of yesterday I heard the sad news of the passing of Jonathan Osborne – a former colleague at the RSPB.

I last saw Jonathan in person at the Bird Fair in 2012 but Facebook has allowed us to keep in touch with each others’ birding and bad jokes all the same.

Thoughts go out to his two daughters.  Your Dad was a great bloke!