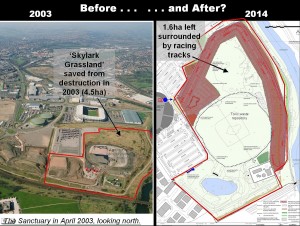 This evening,  the Planning Committee of Derby City Council voted 6:5 in favour of the planning application that is a ‘vile act of wanton vandalism’ despite 1009 responses of opposition and 642 in favour.

I’d be interested to know the political allegiances of those voting each way.

24 Replies to “Breaking News: No Sanctuary for urban wildlife”