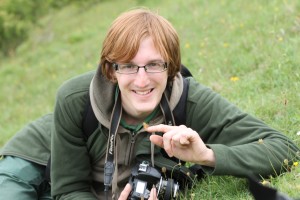 Simon is a keen conservationist, wildlife photographer and naturalist. He currently works for the Warwickshire Wildlife Trust and is also an active member of A Focus On Nature (AFON). He spends much of his free time out on nature reserves around the country watching and photographing any wildlife that he can find. All the views expressed in this article are his own. You can view some of his photographs on his Flickr page, read some of his past articles on the AFON website and follow him on Twitter (@wildlifephelps).

A few months ago the Linnean Society held a public debate entitled: The British conservation model: unambitious, irrational and afraid of nature? Pitched as a debate between conservationists and rewilders, it explored the concept of rewilding and how we might apply this in Britain. The event was filmed and proved to be an extremely worthwhile watch.

George Monbiot was the first to speak and he did so very well, putting forth his views as to why conservation should embrace the rewilding model. I already knew of Monbiot’s stance on the issue; however it was interesting to hear him expand on his, at times, controversial views. I agree with him that, on occasion, the conservation sector is guilty of circular reasoning when it comes to justifying the target species that it chooses to conserve. Conservation needs to move more towards a stronger evidence-based approach. However, this is happening; you only have to look at the work of Butterfly Conservation to see how charities are using scientific evidence to support their management work. It is not as bad as he claims; many species that are the focus of conservation efforts are justified due to their rarity and often act as umbrella species, whereby conserving them improves the habitat for other species.

Much of Monbiot’s speech focused on uplands, where he feels rewilding is needed most. I fully agree with this and found it enlightening to hear somebody reveal the mismanagement of these vast areas. I enjoy hill walking in Britain and have always found it strange that in these landscapes I often see very little wildlife. Why is it that our national parks and large upland areas support so little wildlife? A large part of it is due to overgrazing. In this sense, I think rewilding could work; it would be a good idea to return some of our upland areas to nature, to allow scrub to recolonise and areas to change naturally. 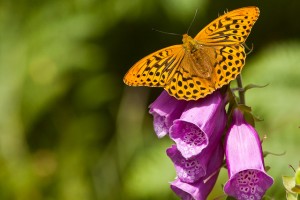 Rewilding would not work in many other habitats, however, as it requires natural systems and large areas of land, which we no longer retain. Take our lowland broadleaved woodlands; many of these are small and isolated fragments that if left to ‘rewild’ would become dark, over-shaded places, and would consequently lose many of the species that live there, such as the Silver-washed fritillary butterfly, which require light woodlands with wide open rides and glades for them to feed and breed in. The same can be said for many of our rare woodland species. These woodlands are so damaged and altered by human actions that they would not respond well to a return to a more ‘natural’ state.

Monbiot also feels that the conservation movement in this country remains trapped in the ideological belief that we have to have dominion over nature. It is afraid, he says, to let things go, to let nature take over. I disagree with this. The natural environment as we know it in this country is not truly natural anymore, and it hasn’t been so for a long time. Humans have had such a pervasive impact on the landscape that all of our habitats and species have been directed by these human pressures. We do not know how wildlife fared before we began our ‘dominion’ over it, so how can we now expect to relinquish this or restore something that we (and our wildlife!) know nothing of? These natural rules do not apply in their purest ideological form as that system has been broken and changed, in some cases beyond repair.

This leads to the issues raised by Miles King, the second speaker. He raised the apt point that we are coming to the end of an age: the age of the semi-natural. Are we now at a crossroads where we have to decide whether or not to choose nature? Our existing habitats have been under the spell of humans for a very long time. Can they now be considered natural? Do they function according to the laws nature put in place to govern them? Or have these laws been replaced by human processes? These are important questions to explore if we are to decide how best to conserve our wildlife. 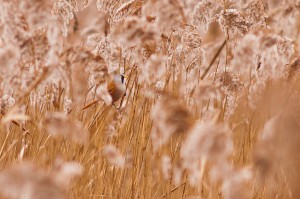 One thing all the speakers at the debate, as well as myself, can agree with is that nature is slowly ebbing away. We are eroding our natural heritage, as shown so starkly in the State of Nature report and in my first article for A Focus On Nature. In the face of such loss, rewilding is most welcome and would surely do more good than harm. Our isolated habitats and beleaguered species need as much space to thrive, so as to halt the declines that seem to be relentlessly marching on. As an optimist, I can see these things taking place already. Take the Great Fen project managed by the BCN Wildlife Trust in Cambridgeshire. The project is restoring 3,700 hectares of East Anglian fen, giving it back to nature and creating a new wild area. Is this not rewilding in action? I would argue it is and we need more of it.

Third on the agenda was Clive Hambler, who, like Monbiot, criticised the current conservation sector for focusing on the wrong species and mismanaging habitats. Clive also suggests that tidiness is bad in nature, and I would generally agree with him. However at times, it is needed to protect sensitive habitats that often contain small and vulnerable populations of species. It all comes down to knowing what we have and what we can conserve. Once we know this, we can then examine how best to look after it.

Hambler states that we need to restore our wetlands and woodlands. I agree; it is rare that you get to visit a large area of one of these precious habitats, but when you do it is a special thing. These habitats are always teeming with wildlife and have such a wonderful structural diversity within which to explore, sit and gaze at the diversity of nature. However is this actually rewilding? ‘Rewilding’ a woodland would mean removing all human influence, yet this would not restore it, but rather allow it to lose a large part of its wildlife value. This is where I feel we need to define what rewilding means, as it is a concept which can be misunderstood and misapplied.

To me, rewilding means ‘to create more wild space for wildlife’. It should not mean ‘to leave an area of land to its own devices’. Our habitats are no longer truly natural and no longer exist within a natural landscape. They exist within a system that has been engineered by humans, and they now need our help to thrive as they once would have when there were large expanses of wilderness, and not as they now are: tiny fragments of degraded habitat existing within the wider desert of our countryside. Rewilding is about restoration, and restoration requires human input, which should be directed at creating larger areas of habitats, enough to contain the woodland, grassland and wetland that will allow us to conserve a wide range of species.

Last but not least it was the turn of Aidan Lonergan, from the RSPB, to speak. He provided an excellent defence of the conservation sector. It was useful to hear someone with inside knowledge of how the sector functions and to see their perspective on rewilding. His main point was that those of us that care for wildlife face a long-term challenge in reversing the spiral of decline that our wildlife is trapped in. It can often seem to be a daunting task facing conservation charities, which run on relatively small budgets and rely hugely on the commitment of volunteers. Perhaps the most significant point of the whole debate was made by Lonergan; we need to focus most on rewilding people, particularly children. There is a terrifying disconnect that exists between the majority of people within UK society and the natural world around them. If this gap is not bridged then how will people ever value what they are losing?

Lonergan cited recent rewilding success stories, such as the RSPB’s new Lakenheath Fen reserve in Cambridgeshire. Up until 1995 this site was an agricultural desert full of carrots; now it is a wonderful wetland exploding with wildlife, such as bittern, barn owl, marsh harrier, bearded tit and many other wetland specialists. The conservation sector has the ambition and knowledge to save our wildlife: it just needs the backing and resources to do it.

So, to return to the original question, is the British conservation model unambitious, irrational and afraid of nature? I can’t see how it is. Are the Great Fen project or Lakenheath Fen unambitious? Is it irrational to want to conserve our threatened plants, butterflies and birds? Does bringing back white-tailed eagles, otters and beavers show a fear of nature? The answer to all of these questions is a resounding ‘no’.