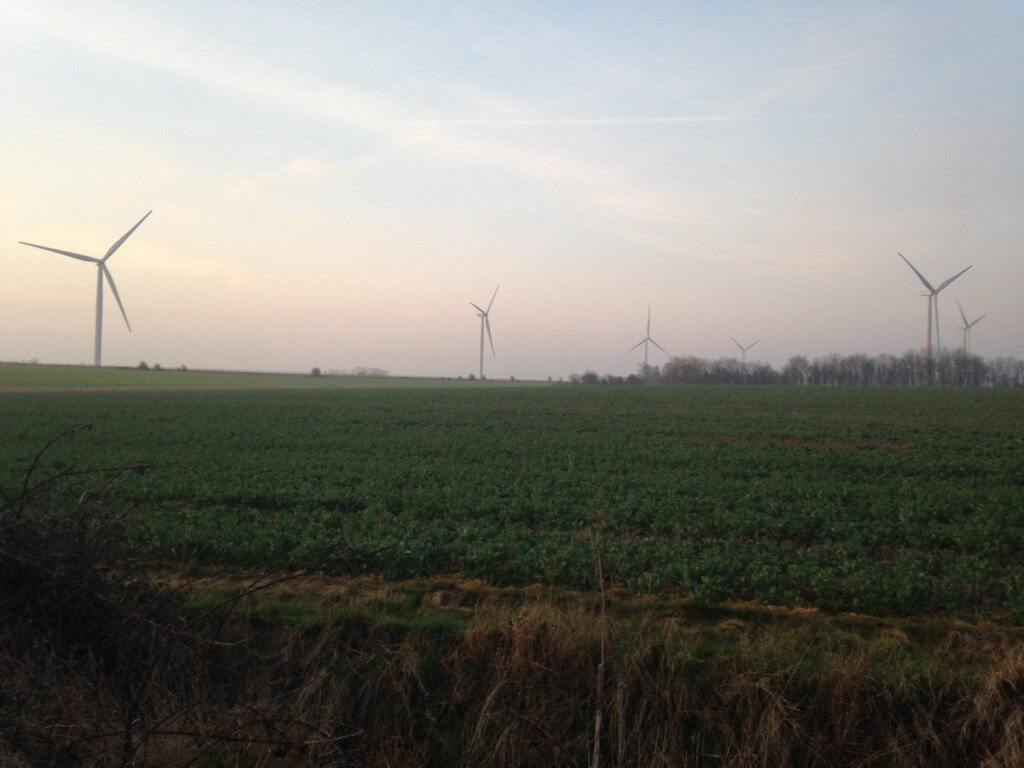 The whole purpose of the Monday of Cheltenham week is to free one’s mind from real life and to concentrate on the total irrelevance of horses running around in circles (in the case of Cheltenham, anti-clockwise circles).  So with this in mind I went for a walk early on Monday morning to relax and let all cares slip away (I haven’t got many so it shouldn’t take long).

I visited a local airfield which tends to attract the occasional migrating Wheatear in spring, and I just wondered whether there might be an early Wheatear or Ring Ousel around.  It was probably at least a couple of weeks too early so it was a bit of a long-shot – but this is Cheltenham week.

Since I last visited, nine tall wind turbines have been erected, and although it was breezeless at 2m above ground they were all turning enthusiastically as I walked down the old runway.  There were no early spring migrants but there were birds.  Yellowhammers sang at me as I parked my car (which gets its annual wash on the Monday of Cheltenham week) and several hundred Fieldfares fed in the grassland beside the old runway.  Skylarks sang in large numbers and about four hundred Starlings fed in a tight flock on some distant grass.

I was walking straight down the old runway – and it stretched away from me for well over a mile.  There were ugly modern metal fences to keep me to the right of way, I didn’t want to stray anyway, and a network of wooden fences dividing the grass fields into rectangles.  One field held a flock of sheep.  Every field held singing Meadow Pipits – a rarity for this part of the world.

This flat, open, treeless expanse of grassland, with its network of fences, and nine tall modern wind turbines also had the remains of old buildings from the Second World War and Nissen huts, as well as a modern hanger-type structure and a few ugly portakabins.  There was also, I discovered, a field of solar panels further up my walk – they weren’t there last spring either.

A pair of Grey Partridges flew across the road, another local rarity, and Reed Buntings sang from the thicker patches of wettish grassland.  A couple of Stock Doves circled some buildings.  A tractor, whose driver waved at me in a friendly way, towed a trailer of pallets to a distant building but there was no-one else to be seen.

I could hear Meadow Pipits and Skylarks singing all the time and there was a faint throbbing noise of turbine blades scything through the air.  But 70 years ago this concrete pathway would have heard the rumble of tyres and roar of engines as USAAF Flying Fortresses headed to Germany to carry out daylight bombing raids.  I guess there were Skylarks and probably some Meadow Pipits then as well. 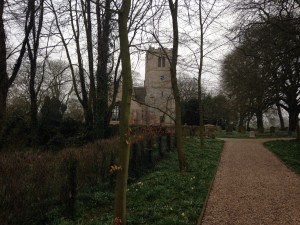 If you visit the mainly 13th century parish church of St John the Baptist you will see a memorial in the wall to the American servicemen, 769 of them, who died in flights from this airfield in WWII. Another plaque in the wall marks the five local residents of this small village who died fighting in WWI and the single soldier who perished from here in WWII.

The churchyard is pretty, although the carpet of snowdrops now looks well past its best (but it will look resplendent again in just under a year) and some fresh primroses are pushing their flowers forward instead.  As you walk down the path to the church, which has been here for 800 years, there are Rooks nesting above your head and filling the air with their cries. If you turn your back to the church you can see in the distance the wind turbines on the old airfield.

I feel that England is drenched in history.  Every step I take through my country has been taken by others for centuries before. What was on the airbase site, centuries before, when this church was first built?  Who walked my path in the 15th or 17th centuries?  And yes, what birds did they see, because knowing that would tell me much about the countryside around.

I guess that American airmen came to church services, at least occasionally.  Did some marry local lasses here I wonder? And then they flew more missions to bomb industrial targets in Germany; and did some of the bombs go astray and hit German churches?  Thirty years earlier, men from this small community were out in France or Belgium also defending these local people, these fields , these snowdrops, these Rooks – and five of them did not return to the path to their local church.

The wind turbines and solar panels now occupying the former airfield are defending us too. Defending these people, these fields, these snowdrops , these Rooks from climate change.  They aren’t our only defence, and they aren’t defence enough, but I hope we win that battle too.

Well, that didn’t work very well as freeing my mind from real life. 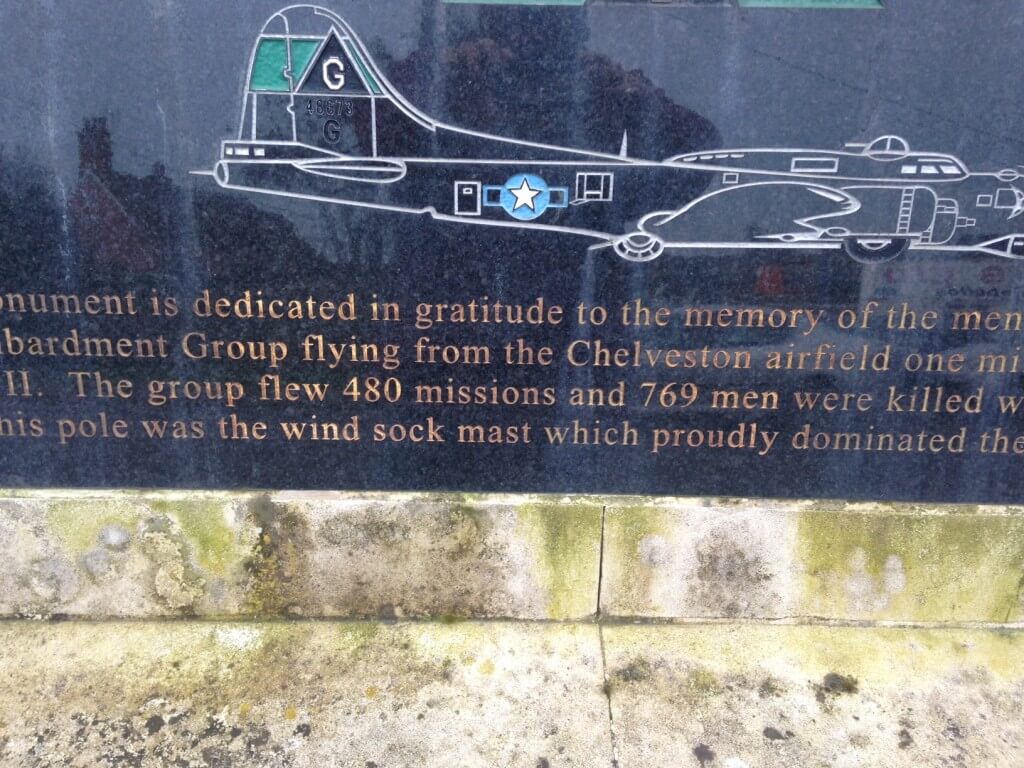 12 Replies to “Past and future defence”