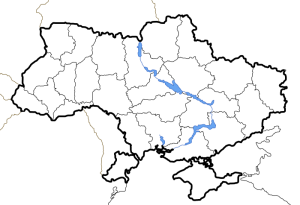 The annexation of the Crimea by Russia, or its secession, raises a whole bunch of questions in my mind: