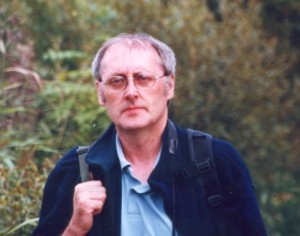 Peter Rafferty is a poet and sometime geomorphologist, and possibly for something done in a past life, a Carlisle United season ticket holder who has even stood, well sat, in the away end at Nene Park. He is also one of the translators for the LIPU UK English newsletter.

“A man who has never been in Italy is always conscious of an inferiority”, said Johnson (sorry, Mark), but while British art lovers, say, have for centuries abased themselves at the shrines of Forum, Brera, Accademia, Uffizi and so on (I know I have), British birders would appear to be less enthusiastic. Not that they have much encouragement. A recent TV programme had the presenters plunging deep into the wilds of a National Park in the deepest, wildest part of Calabria, but showing little interest in it other than as a source of culinary herbs. A solitary sparrow, perhaps, bathing in the dust among the (admittedly very wonderful) temples of Paestum? No such luck.

One should not perhaps expect too much from something that was after all dedicated to food and art, but it did little to dispel the image of Italy as a well-nigh bird-free zone, packed with hunters, encouraged by a possibly still-unrepealed statute of Mussolini’s that more or less granted them the right to do what they want where they want, blasting everything they see out of the sky. There used to be a tale about the Duke of Edinburgh’s taking the Mayor of Assisi to task on the lack of birds in the area, to which came the reply, well we’ve got pigeons. Several levels of irony in that one. And there is no doubt that Italy can be a bad place to be caught in possession of feathers, as traditional dishes such as Tordi allo spiedo (Spit-roasted Thrush) can testify. There is the industrial-scale trapping of Robins round Brescia; the slaughter of migrants, especially raptors, at the Straits of Messina… There is a belief on the Calabrian shore that anyone who shoots a Honey Buzzard will be immune from being cuckolded: an attitude hard to counter by rational argument.

LIPU, or the Lega Italiana Protezione Uccelli, was founded in 1965 as the Lega Nazionale Contro la Distruzione degli Uccelli with the hunting issue very much to the fore, but also to counteract wider issues such as habitat destruction. And things have improved since then: the number of hunters in Italy has declined from two million to 750,000, with younger people increasingly likely to prefer binoculars to a shotgun. Lasciare il fucile e prendere il binocolo, goes the slogan. There is a network of reserves and recovery centres, (LIPU thinking indeed sets great store by the concept of networks and wildlife corridors), and LIPU officials and volunteers are active in the field the length of Italy, for example confiscating thousands of illegal traps in the Brescia area. There are camps on the Straits of Messina during migration, and the shooting of raptors has to all intents stopped on the Sicilian side; while some still goes on on the Calabrian side it too is much reduced, with many of the would-be perpetrators now presumably spending more time at home, watching over their wives. It is notable too that former LIPU director general Marco Lambertini has now risen via BirdLife to be head of the WWF. Lotta continua, however; the struggle continues, and the same battles have to be won repeatedly, with the hunting lobby forever seeking sneaky derogations through the regional administrations. There is personal risk on occasion too, with threats and damage to cars on the migration watch, while in 2010 LIPU worker Paola Quartini was killed while helping with an animal cruelty case in Genoa.

Not that the UK can look in Italy’s direction with too much complacency: the Natura 2000 barometer for 2013 showed Italy as having 19.03% of its land area covered against the UK’s measly 8.55. This country’s record on raptor persecution is hardly spotless either.

And birds can indeed be seen: at around 550 species Italy’s list is greater than that of Greece, which enjoys a far bigger constituency among British birders; the whole peninsula is a natural funnel for migrants, and places such as the south-east corner of Sicily as well as the afore-mentioned Straits of Messina are surely underwatched.

Among BirdLife’s partners, however, LIPU is unique, in that it has a branch in another country. In 1989, Roger Jordan, well known already as a birding activist in Essex, and seeing the situation on the ground in Italy, formed LIPU UK, which this year has its 25th anniversary. Roger is no longer with us, but the administration has been ably continued by David Lingard, who, along with the rest of the Trustees, does everything on a purely voluntary basis. There are around a thousand members, and a seven-figure total (pounds not lire!) has been raised over the years for the parent organisation.

Projects being supported this year include:

We’re always in need of more (pounds and members) and on the subject of the former it might be mentioned that in the whole 25 years of our existence the subscription has only gone up once, from thirteen to fifteen. So support LIPU UK and help to prevent scenes like this from happening in the future… 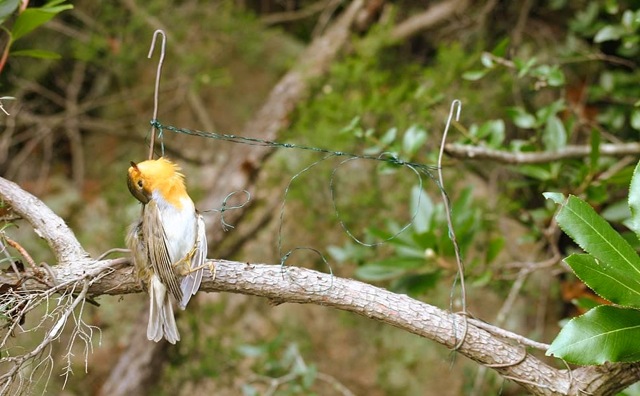 3 Replies to “Guest Blog – No country for birds? by Peter Rafferty”