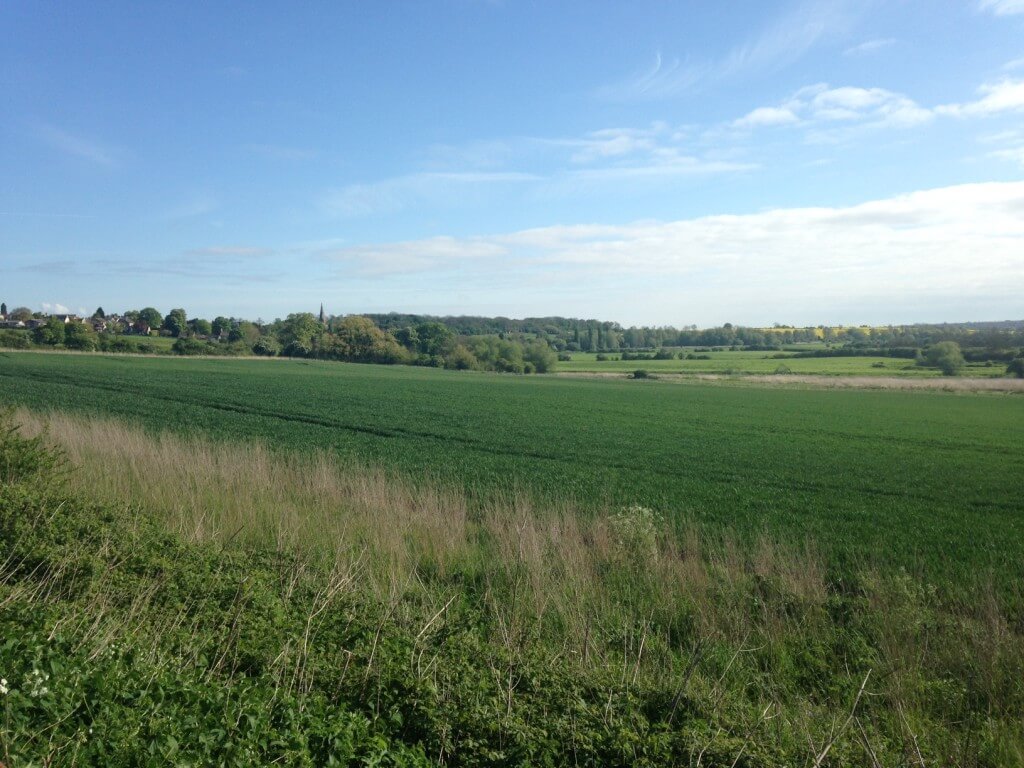 I inherited my ‘other’ BBS square a couple of years ago. I hope that choice of word wasn’t in bad taste as I don’t know whether the previous observer died, moved or gave up.  But this is the third year I have counted birds here.

It doesn’t feel like ‘my’ square – it feels like someone else’s. However, I like it because it is different from ‘my’ BBS square.  This one starts and ends in a village where there are lots of House Sparrows and Collared Doves and Starlings. It’s quite a pretty village and it’s quite a pretty bit of countryside next to the River Nene with some fields of grass – in fact more grass than arable.

There is one house in the village which always catches me out – it has Canaries in a cage in the garden and I always stop, slightly puzzled, by the song coming from it until realisation sinks in.

There is a pretty church and some very nice stone houses.  There are loads of House Sparrows – a treat.

Along by the river there is the patch where there is always a Sedge Warbler or two to add to Chiffchaff, Willow Warbler, Whitethroat, Lesser Whitethroat and Blackcap. The previous observer recorded Garden Warbler a long time ago but neither he (was it a he?) nor I have had one since 2004.  The only  Lesser Whitethroats have been recorded by me. There must be observer differences involved here.

A Cuckoo was singing quite a lot – I’ve heard more this year than last year by miles.

I counted the dead badger by the side of the road for the mammal data – one!

A Red Kite drifted over but I couldn’t read its wingtags, and then there were two of them circling over the church which was by now in the middle distance.  It was a lovely scene. An English village with stone cottages and a church spire poking through the trees with a pair of Red Kites circling overhead.  A lowland river passed peacefully through the valley and somewhere down there a Cuckoo sang. Everything was still the fresh green of April and early May, and May blossom was just coming through to replace the remembered, but passed, Blackthorn.

It was lovely and couldn’t have been much more English unless there had been the sound of the WI singing Jerusalem and leather hitting willow followed by polite applause.  If someone had passed me a decent pint of beer, in a straight glass,  then the scene would have been complete.

Elsewhere, other BBS recorders were probably walking through London streets or battling against a wind high on a Scottish mountain, or perhaps straining to hear bird song against the sound of the sea on the Welsh coast.  But I was in peaceful sleepy England on an early May morning. I hope there aren’t too many UKIP voters here.

9 Replies to “The call of the other BBS”