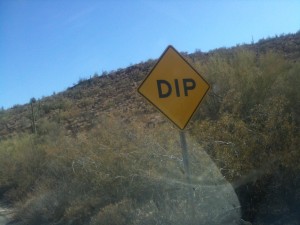 You won’t catch me chasing after rare birds very often. I got that out of my system years ago.

For me to leap in the car to see a bird it has to meet some strict criteria: not too far away, a bird I really want to see, and a bird I will enjoy seeing (maybe because it’s pretty!).

There are few birds that would tempt me out of the county of Northants, however rare, these days, whereas I might leap into the car to see, say, a Bee-eater at Stanwick Lakes (though there never has been one there!).

But there was a report of a rare bird, for Northants, on Monday afternoon that persuaded me to make a 20-mile round trip just on the off-chance of seeing it.

I’ve seen this species before, although not for about three years. And I’ve even ringed quite a few of them in Norway in the distant past.  In this country I’ve seen them in several places in Scotland and also in Norfolk, and I have a feeling I’ve seen them in Cornwall too but I can’t actually remember the details.

They are pretty though…

This is the time of year when they are likely to turn up on migration.

They really are quite pretty…

In a pea field?

There was one reported late morning in a pea field a little down the road and although I didn’t pick up the news until early afternoon the draw of a female Dotterel was strong enough for me to go and have a look.  It is a nice, very large pea field.  But I think the Dotterel had gone – I didn’t see it and there wasn’t anyone else there looking at it.

But the thing I saw which I don’t think I have ever seen before was a very large flock of Stock Doves – some would say they are the UK’s most underrated bird, you know.

A couple of fields down from the pea field, in some spring wheat, there was a large flock of Stock Doves, with not a single Wood Pigeon amongst them.  My peak count was 173, though I wouldn’t be surprised if there were even more. I certainly haven’t seen that many for many years. I wouldn’t have seen them were it not for the Dotterel report. I might not even have noticed them or paid them as much attention had the Dotterel been there.

I enjoyed the Stock Doves, but I would have liked seeing a Dotterel too.

If I had seen a Dotterel I might have waxed lyrical about its beauty and described its unusual mating system which leads to the females being the brighter sex (in plumage – I don’t think anyone has measured Dotterel IQ). But I didn’t see a Dotterel so you can just look all that up on t’internet yourselves.