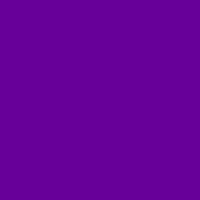 The UKIP surge has coloured in most of rural England as purple on the political map.

It isn’t easy to find out what UKIP thinks about the CAP, badger culls, marine protected areas, climate change, grouse-shooting, neonicotinoids or other environmental matters from their website.

The environment will be just one area of doubt over what UKIP really believes in the run-up to the general election in 2015 – there will be many others.

UKIP opposes the HS2 rail link, wants tolls abolished on the Dartford Crossing and seems to oppose windfarms everywhere they are suggested – that’ll add up to a pretty ungreen transport and energy policy then? Or maybe not? Who knows?

UKIP wants us to leave the EU and wants to give a better deal to British farmers – so that means…? More or less taxpayers’ money going to farming? More or fewer strings attached to the payments? More or less emphasis on environmental stewardship? Who knows?

Our English badgers with their English bovine Tb – kill ’em or take them down the pub for a pint?  Badger beer anyone? Who knows?

If I were a Scot, then one of the joys of devolution would clearly be to get away from regular Conservative governments based on English votes.  Now, I would be even keener to get away from the influence of UKIP on my life. Will that give a small fillip to the YES vote come the September referendum?

19 Replies to “The colour purple”