I’ve written quite a lot over the last few weeks about driven grouse shooting and why  I want to see it banned in England.

I’ve had lots of responses too – on this blog as comments, on Twitter, on Facebook, by e-mail and face to face. Here’s a summary of what I think are the strongest arguments for and against signing my (our) e-petition.

That is a re-shaping of the list I produced (with links to evidence) a couple of weeks ago.  This time I have listed the reasons more or less, without agonising over it, in order of importance to me (most important first).  All of those reasons affect me a bit – and different ones will affect different people differently. I guess some people will start at what is the bottom of the list as far as I am concerned and that will convince them on its own.

The counter reasons for not banning driven grouse shooting seem to me to be these;

That’s the list of arguments I produced a couple of weeks ago and, again, this time I have put them in what is for me, the decreasing order of persuasiveness (for me). Clearly, for me, the arguments against don’t weigh as heavily as the arguments for – but you see what you think.

I haven’t really dealt with the money issue at all yet – and I’m not going to here and now either as I think it is entirely trivial. but eventually I will.  Instead, I will deal with the top two arguments (from my perspective) in the list above and why I find them unconvincing.

Not every grouse moor manager is a criminal: true, but not all the arguments that are important to me (and others) are about criminality so that doesn’t matter. Many of the faults of grouse moor management are the result of entirely legal activity.  That was easy!

Banning is too extreme: this is still the argument that weighs most strongly with me, because I am a wishy-washy liberal who likes being nice to people.  And so are most of the conservation and environment movement who will be nodding in agreement over my list of ‘reasons to ban’. The temptation is to treat each of the ‘reasons to ban’ as a separate issue and negotiate on each to seek gradual improvement but that is very difficult and so far hasn’t worked. It’s the system of land management that is wrong and it needs to be swept away.

Whether to ban driven grouse shooting is about much more than the lack of breeding Hen Harriers in England – although that is an excellent example of how talking to grouse moor interests for decades has seen the situation get worse rather than better.  It is about a whole system of land management – only by banning driven grouse shooting can all its deleterious impacts on the environment and society be tackled. 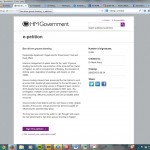 And so, when individuals and organisations decide whether or not to support this e-petition they should think across all the important issues and see whether they can think of how best to address all of them.  I’ve come to the conclusion that picking them off one at a time is hopeless – the time is right to say ‘Enough!’.

Grouse shooters have been playing, quite adeptly, to keep these issues alive but in the long grass.  Help me expose them by cutting the grass – please sign this e-petition to ban driven grouse shooting in England and joint thousands of others who have signed in the last few weeks and will sign in the coming many weeks. 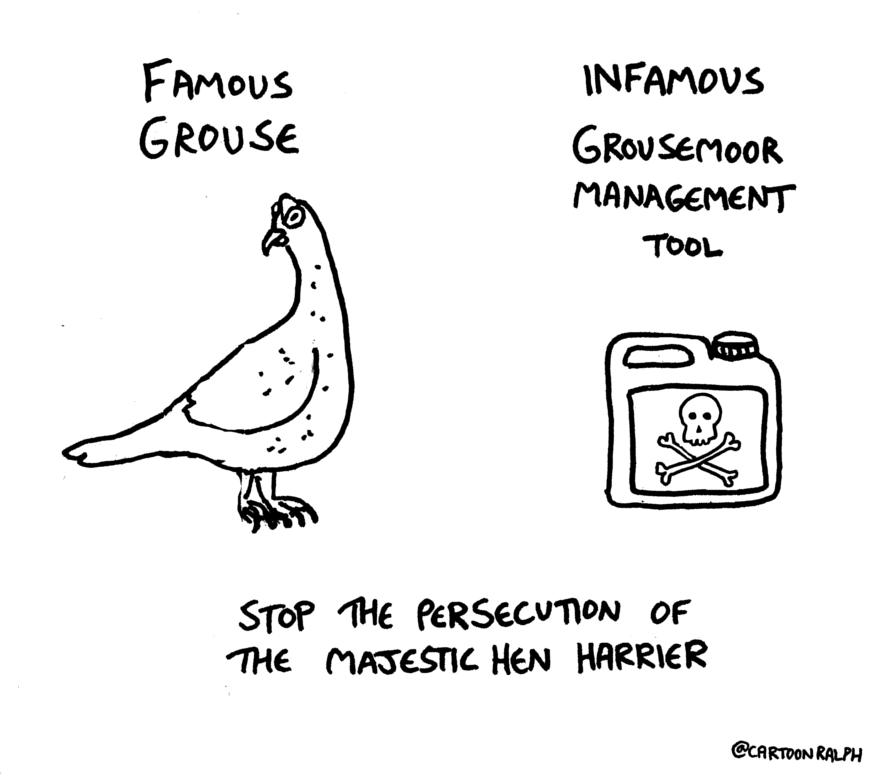