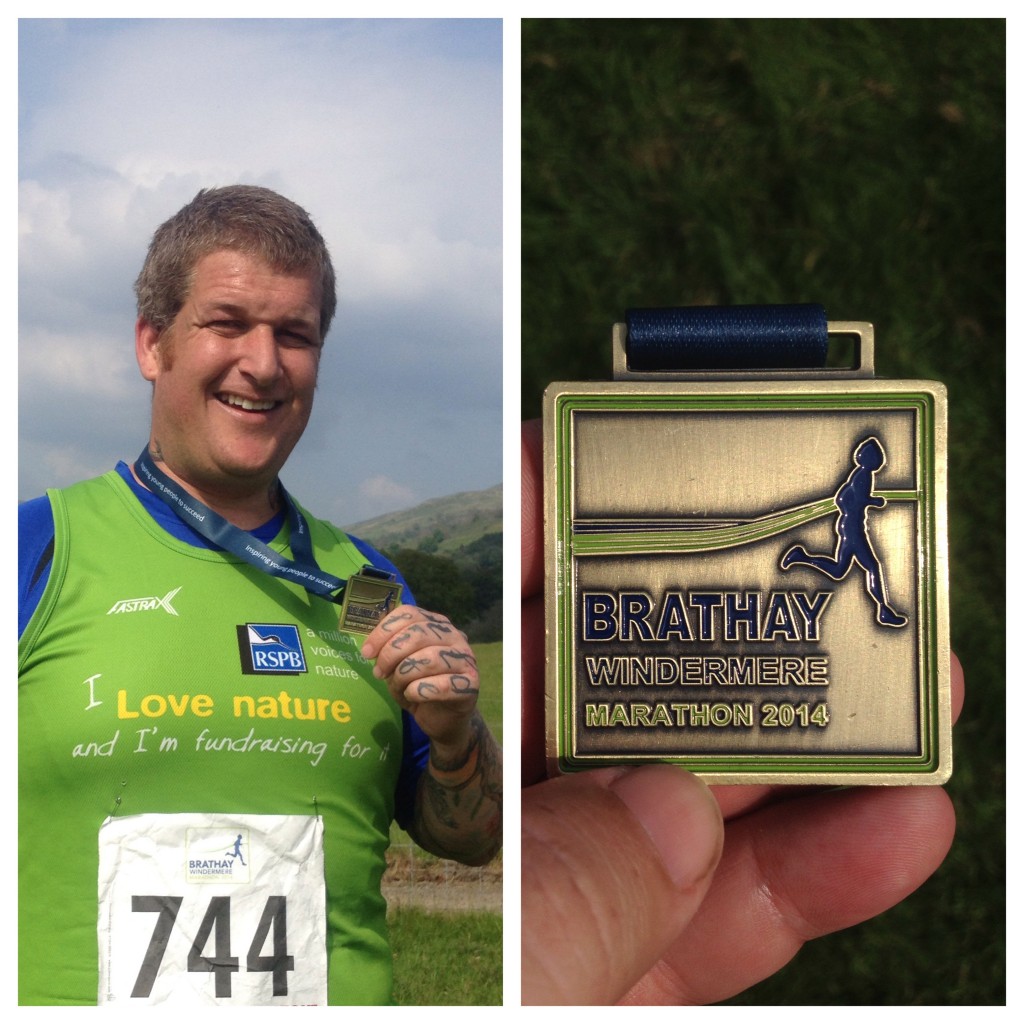 Back in January I wrote a post here detailing my challenge to run 1000 miles including 14 marathons to raise funds for and awareness of Operation Turtle Dove. My project names ‘1000 miles in memory of Martha’ not only intends to raise the profile of Operation Turtle Dove but also serves as a reminder of the lessons we should learn from the extinction of the Passenger Pigeon. The key factors causing the extinction Passenger Pigeon are believed to be unsustainable hunting and habitat loss. There are strong parallels between the extinction on this Nearctic pigeon and the dramatic decline of the Turtle Dove across the UK and Europe.

Progress in my 1000 miles in memory of Martha project is going well! At the time of writing I am very pleased to report that I have run 506 miles since January the 1st 2014. This means I have past the half way mark for the 1000 mile target with seven months still left to run the remaining 494 miles! This puts me way ahead of schedule and in reality I hope to exceed the 1000 mile target! You can keep track of my miles tally for the year here.

It has been quite challenging keeping motivated to get myself out running at times. Not just because I am not naturally the athletic type (anyone who has met me knows that I am no slim Jim) but also because I am constantly battling with depression & anxiety. Thankfully I have had great support from family, friends, the birding/wildlife community and the running community which has helped me immensely!

So, I’ve updated you on the miles tally so far…..what about all those marathons I promised!

I am pleased to say that I have successfully completed five marathons, leaving ‘just’ nine to do! Here is a brief summary of the story so far:

February 23rd 2014 – The Trail 26 Montane Grizedale Marathon
I wasn’t going to start with an easy one was I! This was 26.2 miles of off-road mountainous brutality. I wasn’t as prepared as I should have been and found it very tough indeed. The force 7 winds and driving rain didn’t help much either! That said. The scenery was stunning on the fell tops and I even logged my first Red Grouse of the year! I survived this challenging marathon in 6hrs 10 minutes! 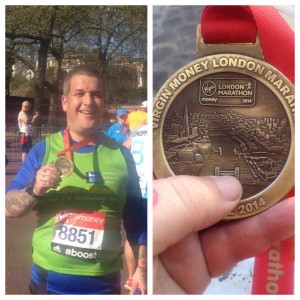 April 13th 2014 – The London Marathon
This should have been an easier one! I was better prepared than I had been for the Grizedale Trail Marathon, at least I thought I was! My travel plans had meant I was a little more sleep deprived than I should have been for the start of this run, but I was hoping the atmosphere would carry me along! The one thing I hadn’t factored in was the heat. It was hot sunny day (more summer temperatures than spring) and I started to feel this as soon as I started running! It was impossible to keep on top of hydration and seeing people getting stretchered off at regular intervals I knew I had to seriously back off the pace! The last half of the marathon was chronically hard work but I finished the 26.3 mile distance in 6hrs 30 seconds. I was disappointed with my time, but happy to have completed the second marathon of the year! Oh….and I saw my first Rink-necked Parakeet of the year during the race!

April 27th 2014 – The Stratford Rotary Shakespeare Marathon
Just two weeks after running the London Marathon I was running marathon number 3 of the year! Despite a 3am start to the day I was feeling more prepared for this one (having learned a few lessons from the last one). The first 18 miles went really nicely, in fact I really enjoyed them. The last eight were a bit tough going however! The route was more challenging than London, but the lovely Warwickshire countryside was a nice distraction. I logged Garden Warbler, Lesser Whitethroat, Corn Bunting and House Martin during this marathon! I was elated to have finished in a time of 4hrs 56 minutes (over an hour faster than my London time)!

May 18th 2014 – The Brathay Windermere Marathon
There was no getting away from it, this was going to be a hilly one! This marathon took be around the stunning scenery of Windermere and Esthwaite Water and it was mostly uphill! It was even higher temperatures than it was during the London marathon, so I made the most of the water stations! This was a real tough one and without a doubt the hardest road marathon I have run so far. The stunning scenery helped a little as did hearing singing Wood Warblers and Redstarts! It was still nice to finish though! I ran this marathon in 5hrs 29 minutes. Considering the heat and the challenging nature of this course I was happy enough with my time! 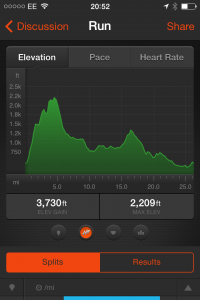 Seven days after the Brathay Windermere Marathon I was at it again! I knew it would be a big ask of my body to run this one, just seven days later….and it was! The Howgills Marathon is another mountain trail marathon. The first five miles took me over three peaks to an elevation of over 2,200 feet asl. Anything that I had left in my legs was well and truly used by mile six, making the reaming 20 miles really hard going! The scenery was epic and the bird life in the montane areas was pretty good! I logged Common Sandpiper, Wheatear and Raven amongst commoner species. This was without a doubt my toughest (and slowest) marathon so far. It took all I had just to keep going! I was pleased to finish marathon number five despite the frustratingly slow time of 7hrs 10 minutes! More a test of endurance than speed!

You can get an idea of how challenging it was from the elevation graph.

I am pleased to say that donations at the time of writing are at an awesome £1000 which is just £100 from my current £1100 target. A huge thank you to everyone how has already donated!

All money raised through this project will go directly to Turtle Dove specific habitat restoration or creation within the UK.
If you would like to donate here is how:

You can donate online by visiting my Just Giving page.