It’s quite funny how the shooting community is falling over itself in its bid to express its love for the Hen Harrier these days. Anyone mentioning the phrase ‘rats wi’ wings’ is shushed severely.

One of the more striking and welcome expressions of love for the Hen Harrier (a strong candidate for the shortlist for Britain’s national bird) was Mark Osborne who is a well known name in the shooting community.  I believe he may have been an enthusiastic funder of the GWCT for several years and he is clearly a keen grouse shooter himself as exemplified by his articles on driven grouse shooting (356 birds in Speyside on 12 August)  and walked-up shooting (31 birds in Derbyshire a few days later).

Given that Mr Osborne has been incredibly unlucky to be managing land near where birds of prey have been found illegally killed it is good that he has joined in the love-fest for the Hen Harrier and has written his praise for the bird on  the William Powell website.

Failure ‘is not an option‘, apparently for Mark Osborne when he takes on an under-performing moor like Glenogil, in the Angus Glens.  Under-performing for Red Grouse bags that is. Road-building, fencing, hare-shooting, anti-tick chemicals, and unrelenting legal predator control seem to be the measures that turn an under-performing moor into one where 800 Red Grouse can be shot in three days shooting. Glenogil was bought in 2004 by the ‘wizard financier’ John Dodd who used Mark Osborne as his advisor but it wasn’t all plain sailing for Mr Dodd. 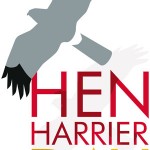 I wonder how many Hen Harriers Mr Osborne has on the land he manages for Red Grouse?  And how many he would like to have? When moor managers like Mark Osborne, for whom failure is not an option, say they want Hen Harriers everywhere then their recovery cannot be far away.  It is men just like Mr Osborne on whom the future of the Hen Harrier depends.

In the Farmers Weekly Mr Osborne was once quoted as saying ”We in the countryside are going to have to accept often significant damage caused by raptors, but equally if this damage is at a level that threatens to wipe out the prey species, or even take their populations to a vulnerable low, then we should be unequivocally pushing for control of raptors in some format. That way we may actually make some progress.‘.

I hadn’t realised that the road to Damascus went through a grouse moor in Scotland.

6 Replies to “A Damascene conversion?”