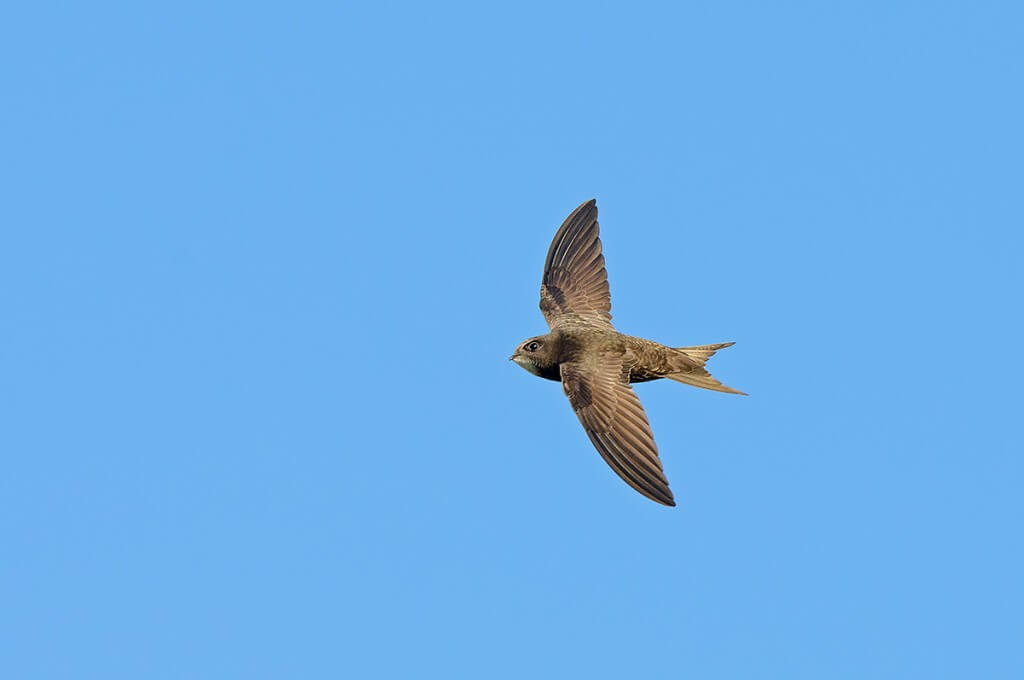 Oscar writes: While I was Minsmere earlier this Spring I spent a lot of time standing on the boardwalk just outside the Island Mere hide waiting for a female Bittern. On one morning there was a large flock of Swifts flying just overhead, and the very strong wind meant that they would stall as they came past me, making getting some photos of them far easier! The idea was to photograph the Swifts until I saw the female Bittern flying in to return to her nest, but I’d usually spot her too late and after photographing Swifts my settings would be horribly out!
Nikon D800, Nikon 600mm f4 AFS-II
Mark writes: what a fantastic image.  I am still sitting in the garden with a glass of Rioja in the evenings in the hope of seeing another Swift overhead. Maybe I will, but it’s a while since I saw one now.  There will be Swifts around for a while, on the coast and at a few inland wetlands, but their ever-diminishing numbers show that summer is moving into autumn.
Likes