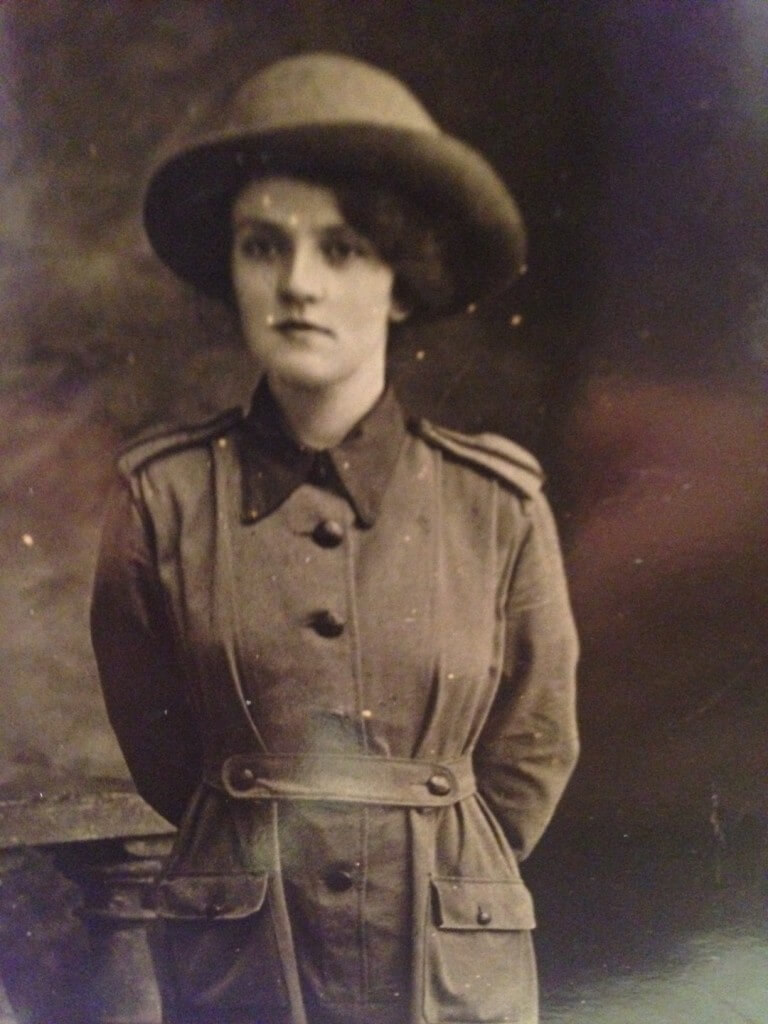 This blog is not about birds, nature conservation, politics or any of the usual subjects.

The lady picture above died 96 years ago today and was named Lucy Jane Saint. She was my mum’s aunt – although she died eight years before my mother was born.

My Great Aunt, known to her family as ‘Jinny’, was born at Pontypool, on 18 August 1895,  a daughter of Samuel and Lucy Saint of 4 Club Row, Tranch, Pontypool.  She was a former pupil of George Street Council School, Pontypool (as was my mother years later).

The 1911 Census refers to her father Samuel, being a ‘Colliery Timberman below ground’ and her mother, also named Lucy (who I do remember as she lived into her 90s and stayed with us at times when I was a child), was aged 38. Other family members listed were, sons, Alonzo (my mother’s father, my grandfather – how did a miner get a name like that?), Reginald Henry, Samuel Rowland and daughters Kate Allwyn and Irene May (both of whom were Great Aunts I do remember).

Lucy enlisted in the army in 1917 at Bristol (where years later my mother and father met and where I grew up) on 1 October 1917 and was posted to Christchurch, attached to the 5th Reserve Battalion, Royal Engineers.

She was taken ill with influenza on 14 October 1918 and was admitted to The Royal Victoria Hospital, Boscombe where she died of pneumonia on 27th October. Her mother and other relations were at her bedside. 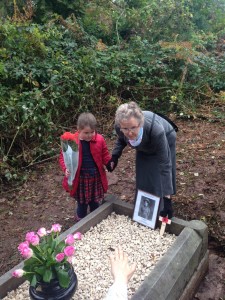 She was buried at Llanfihangel Pontymoel (St. Michael) Churchyard and that is where we headed this morning for a short memorial service and when my mother and a current pupil of George Street School placed a cross on the grave.

Lucy, having died ‘in Service’ during WW1 would have been entitled to her Grave being marked by a Commonwealth War Grave Commission’s formal Headstone; however, it appears her parents choose a ‘Family Memorial’ but the grave is still listed as a War Grave and is visited by the CWGC for maintenance and record purposes.

‘Lucy’s Grave lies in an area of the Churchyard that has proved difficult, with the limited resources we have, for us to maintain as we would like’ said Reverend Nicholas Taylor, Associate Priest ‘However, we are delighted that the CWGC have recently visited and created a pathway, through the overgrowth, to her memorial and we hope to enlist the support of community groups to keep it maintained in that way’.

‘They shall not grow old , as we that are left grow old;

Age shall not weary them, nor the years condemn.

At the going down of the sun and in the morning,

We will remember them.’

I’m grateful to all involved for this touching service which meant a lot to my mother (and, because of that, to me).

3 Replies to “Not about birds at all.”