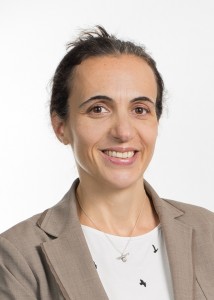 Caroline Allen is a practising vet and the Green Party Spokesperson on Animals as well as Co-Chair of London Green Party. Caroline has worked on many animal-protection issues, most recently campaigning against the badger cull, expansion of factory farming and the overuse of antibiotics in animal farming.

Shooting birds such as grouse and pheasants is portrayed by its supporters as a wholesome country activity, in tune with nature. The dead birds are then sold to a growing market as ethical, free-range and healthy. In reality this couldn’t be further from the truth.

From environmental degradation and a devastating impact on local wildlife, including protected birds of prey, to severe welfare issues, this is an industry based on lies and misinformation.

The issue of shooting grouse has gained a high profile recently with the launch of a petition to ban driven shooting, which has already gained more than 18,000 signatures [1]. The Government’s response thus far has been very weak, which is no surprise given the millionaire landowners in their ranks and amongst their supporters.

The Green Party is clear on this subject: we support a complete ban on grouse shooting. Our policy states that we oppose the killing of, and the infliction of pain and suffering on, animals in the name of sport or leisure and will work to end all such practices. On a recent visit to Ilkley, Green Party leader, Natalie Bennett, offered her support to the Ban Bloodsports on Ilkley Moor campaign, which has also had strong support from local Green Party campaigners. In addition we value and work to protect our precious natural environment and wildlife. It is clear that this industry is in complete opposition to these aims.

Wildlife is in great danger anywhere near a commercial shoot. The legally protected hen harrier has been driven to the brink of extinction by grouse-shooting interests, with only two pairs nesting in 2013. This Government has shown scant regard for the legal protection afforded to birds of prey: last year the Government agency Natural England issued licences to allow the destruction of the eggs and nests of buzzards to protect a pheasant shoot. This is also a Government that chose a millionaire landowner, whose family estate runs shoots, as Wildlife Minister, the same minister who in 2012 refused to ban carbofuran, a deadly poison used to kill raptors, which prompted the Green Party MP, Caroline Lucas, to state: “The minister’s shocking refusal to outlaw the possession of a poison used only by rogue gamekeepers to kill birds of prey illegally would be inexplicable were it not for his own cosy links to the shooting lobby.”

And it is not just birds of prey that are targeted: any wildlife seen as predators are fair game, with gamekeepers using snares, traps and poisons to kill tens of thousands of animals each week[2], including protected species such as badgers and otters. Even domestic pets have been caught up in the carnage. Snares are heavily used by gamekeepers; they are horribly indiscriminate and cause significant suffering [3].

The Green Party is calling for an immediate ban on the use of snares.

The local ecosystem is also damaged, rather than protected, by the presence of shoots.

In the case of grouse shooting, gamekeepers burn the heather on these important moorland habitats in order to promote new growth for the chicks to feed on. The Ember Report (Effects of Moorland Burning on the Ecohydrology of River Basins) showed that burning heather is much more damaging than previously thought[4].

The reports showed how burning heather dries out and warms up the peat it grows in, causing it to disintegrate and release large amounts of carbon dioxide. Peat is a vital carbon sink and the release of carbon dioxide has a significant impact on climate change.

The burning also has profound effects on the water table, including an increase in the release of pollutants such as toxic heavy metals into rivers, a reduction in the number and diversity of insects in rivers draining from burned areas and an increased risk of flooding.

In addition to the effect on local wildlife and habitats there are severe welfare issues for pheasants and partridges reared for commercial shoots. (Grouse are not reared in this way.) Of course there is also a welfare impact on the birds that are blasted from the sky, some of which are not killed outright, especially if shot by inexperienced shooters, and all of which suffer severe pain and stress[5].

While people are used to seeing the adult birds flying in fields the reality is that the rearing process is more comparable to the factory-farming of poultry.

In 2008 the respected Farm Animal Welfare Council (FAWC) reported on the welfare of game birds and found a number of serious problems associated with the intensification of the industry[6]. Although Defra codes of practice have subsequently been introduced they were watered down significantly following lobbying by the Countryside Alliance and the Game Farmers’ Association with the result that the ban on battery cages used for rearing pheasants was reversed. When discussing cages the FAWC said that the “design appeared to be influenced more by cost and manufacturing requirements than the birds’ welfare”. A significant number of pheasants and most partridges are sourced from overseas, with the primary determinant being price. Unsurprisingly the welfare of the breeding birds does not seem to be a major concern.

Just as in the egg-laying industry the birds do not respond well to living at a high density and as a result develop stereotypical behaviour such as feather plucking and even cannibalism. And just as in that industry, rather than the conditions being improved and the stress reduced the birds are further abused either by beak trimming or more often by the use of devices such as bits (a device fitted to the jaw to ensure it doesn’t close properly) and spectacles (blinker-type devices that clip to the nostrils, reducing the range of vision to minimize the effects of aggression). The Green Party does not believe that these measures are an appropriate response to stressed animals in any situation: it is the way in which animals are kept that is the problem and must be changed.

The Green Party is opposed to factory farming. The breeding and rearing of game birds is clearly analogous to factory farming and the same rules must apply. Currently whilst the 2006 Animal Welfare Act applies to these enterprises other important EU and UK legislation does not[7].

Far from being organic, like any animals kept at high stocking density they often need medication. Infectious diseases such as parasitic and bacterial infections[8] are an issue and blanket in-feed medications, including antibiotics and antiparasite treatments, are used, just as in intensive poultry farming.

It is clear that this industry is not only damaging the environment, harming wildlife and millions of birds, it is also conning people. Only the Green Party will stand up to the landowners who are causing this damage while falsely claiming to be protecting our vital natural heritage.