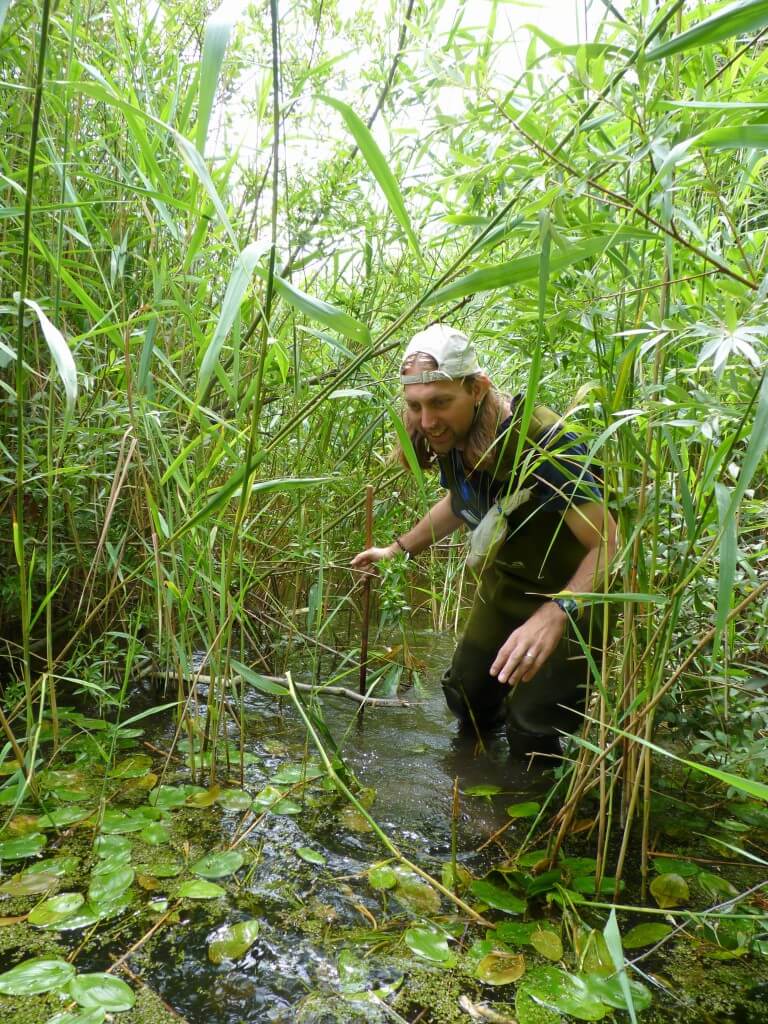 Dr Dave Leech is a Senior Research Ecologist at BTO, where I oversee the Nest Record Scheme (NRS) and the two standardised ringing projects, the Constant Effort Site (CES) scheme and the Retrapping Adults for Survival (RAS) scheme.

My job involves developing survey methodology, analysing data and communicating the results to volunteers and the general public.

I’m particularly interested in exploring the responses of breeding birds to climate change and finding out how birds in urban environments fare relative to those in the wider countryside.

Of nests and nets: why we still count eggs and ring birds

In a post on this blog on November 13th, Mark made some very nice comments about the BTO Regional Meeting in Nottinghamshire. He also presented a list of things that we, as an organisation, ‘could do better’, which included communicating the benefits of bird ringing and nest recording to an audience beyond our volunteers. As someone involved in the Nest Record and Ringing Schemes as both staff member and participant for over a decade now, I couldn’t agree more. We should be shouting from the rooftops about the achievements of the 3,000 ringers and 600 nest recorders who spend a combined 0.6 million hours each year collecting data that underpins much of the bird conservation work in the UK. So, let’s get the ball rolling………

Surely we know where birds go in winter by now?

When at a twitch (I do partake, occasionally), I like to start talking about ringing and nest recording at the first opportunity, to stimulate discussion and gauge attitudes amongst my fellow birders. The commonest misconception voiced is that the main purpose of ringing is to identify the wintering grounds of migrants. While that may have been the original intention when the Ringing Scheme was set up over a century ago, the chances of ringed birds being located in Africa are slim at best and satellite tracking is fast proving a more reliable method of specifying destinations, as well as routes and flight speeds.

A matter of life and death 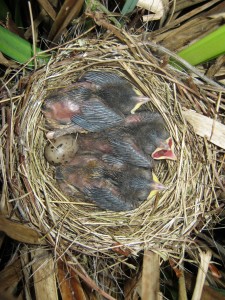 So why do the Government (through the Joint Nature Conservation Committee), the BTO and the ringers themselves (who buy all their own rings and equipment) stump up the cash? What bang does their buck provide?

The true value of Ringing and Nest Record Scheme (NRS) data is the role they play in understanding species declines. ‘Population modelling’ may sound complex, but the basic principle is pretty straightforward – bird numbers are determined by the number of fledglings raised, the subsequent survival of those youngsters and that of the adults that produced them. Nest recorders collect data on productivity and ringers collect data on survival, allowing the relative influence of each on population trends, generated by thousands of volunteers like Mark taking part in the BTO/JNCC/RSPB Breeding Bird Survey (BBS), to be assessed. This is essential information for conservationists attempting to reverse declines (after all, there’s no point providing better nesting habitat if numbers are dropping due to starvation over winter) and the subject of many scientific papers written by my colleagues, the most recent by Rob Robinson et al. (but see also the NRS publications list).

So why don’t we focus efforts on declining species?

In the words of the great Joni Mitchell, “You don’t know what you’ve got ‘til it’s gone”. It’s not easy to predict what species may decline in future (I, for one, wasn’t expecting a crash in the Greenfinch population given it was one of the main species on which I cut my teeth as a ringing trainee), and you can’t investigate the factors driving the fall in numbers if you don’t have baseline figures – this is why long-term datasets are so valuable to conservationists. The information presented in the BTO’s BirdTrends report summarises the annual NRS results going back to 1966, alongside data collected by a number of ringing projects and population trends generated by BBS. And if you, like me, you can’t wait to find out whether the next point on the graph conforms to your gut feeling of how birds fared in 2014, we have a sneak preview of where it might fall in the preliminary trends, released this week.

The future of ringing 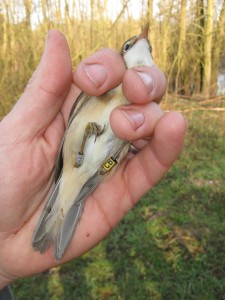 The way in which we use ringing to monitor survival is constantly adapting and improving. A decline in the number of reports of dead birds in the late 20th Century could have been catastrophic (and we still need more folk to report rings found on dead birds [http://www.bto.org/volunteer-surveys/ringing/about/why-report-ringed-bird]) but thankfully statistical developments have allowed us to make more use of data from birds retrapped by ringers – and so the focus shifts from the dead to the living. The problem with relying on retraps is that the chance of recapturing a bird is dependent on a ringers’ effort, so a network of Constant Effort Sites (CES) have been established to standardise this effort across sites and years.

The use of colour rings reduces the need to recapture birds as individuals can be identified remotely, which is less time-consuming and also means that non-ringers can help collect survival data (my own, non-ringing mother does 90% of the fieldwork for my Holt Blackbird Project and her neighbours do most of the rest!). Increasingly, Passive Integrated Transponder (PIT) tags, similar to the chips vets place in cats and dogs, are fitted to rings, allowing a birds’ presence to be detected by automated recording systems.

It’s not just about survival, though. The ratio of juveniles to adult birds caught by CES ringers allows us to measure annual variation in breeding success, with trends again displayed in the BirdTrends report. Dispersal is another key variable, determining the ability of birds to colonise new breeding sites – thanks to ringing, we know that Marsh Tits are not one of nature’s explorers, but Pied Flycatchers fledged in the UK will happily move to foreign climes to rear their first broods. Ringers at bird observatories record the timing of spring and autumn migration each year, which has real implications for the ability of species to adapt to new situations – how early/late can our migrants shift their laying dates in response to climate change, for example? And catching birds regularly opens up a whole range of new data collection possibilities that we’re only just starting to explore, from disease to population genetics.

I hope this post at least gives a taste of the role these demographic surveys play in modern conservation (and if you won’t take my word for it, check out recent editorials penned by John Eyre  and Ian Newton in the ever-excellent British Birds). As with all monitoring, there is no definitive ‘end’ product, no leather-bound tome sitting on a shelf in a dusty library – ringing and nest recording are part of an ongoing, proactive commitment to chart the health of our wildlife. And given the ever increasing list of potential threats, from climate change to habitat destruction, the efforts of citizen scientists across the globe are more valuable now than ever before.

Not only are ringing and nest recording worthy pursuits, they’re great fun and guaranteed to change your perspective on the birds around you, as focus shifts from the species to the individual and the interpretation of behaviour becomes key. Visit the NRS and Ringing Scheme webpages to find out how you can contribute.