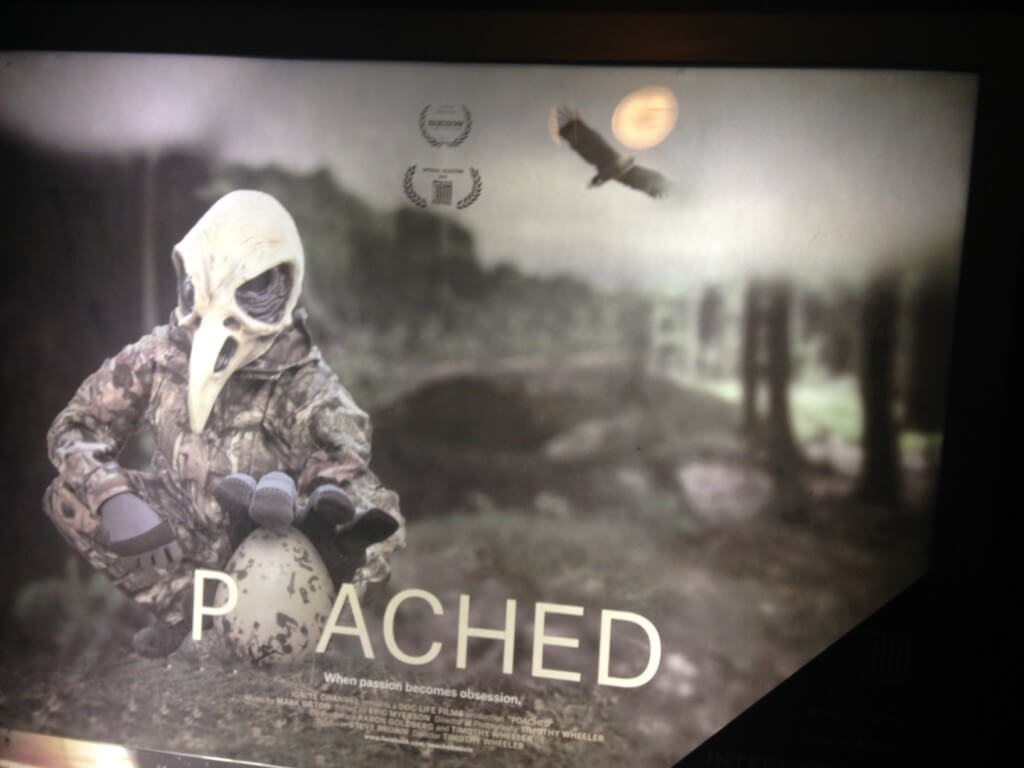 Yesterday evening I went to an International Film Premiere which was strange in itself.  But I knew about half a dozen people who appeared in the film and about half of the people in the audience! Weird!

The film is called Poached and it’s about egg-collecting or egg-stealing – Poached! Geddit?!

There were several of my ex-colleagues from the RSPB featured in the film (Dave Sexton, Guy Shorrock and Mark Thomas), and also Dave Leech from the BTO (see his Guest Blog about the Nest Record Scheme here – the respectable side of nest-finding) but the stars, in their way, were the egg collectors: people such as the late Colin Watson (a repeat offender who died falling out of a tree when egg collecting), the infamous and much-jailed (and apparently reformed) Matthew Gonshaw and also an anonymous current and unreformed egg collector who was always seen wearing a mask (as above) and with his voice disguised.

Egg collecting has been thoroughly illegal everywhere in the UK since 1954 and so although you may meet people who say that they used to collect birds eggs, as kids (there are several in Behind the Binoculars), you won’t meet many people who claim that they are still at it. This film interviewed several egg collectors and gave them a lot of air time in this 90 minute documentary. It allowed us to get inside their heads a bit, and some of their heads seemed quite strange places. Egg collecting is an obsession, and not surprisingly then, it is mostly a male affair – like twitching, like train-spotting, like-stamp collecting, but even more so than any of those hobbies.

The egg collectors did not come across to me as the most normal, most well-rounded, most intelligent or most well-adjusted of men, but nor did they come across as evil either. Obsessive to the point of weirdness, yes! But evil, probably not. Misguided, yes. In need of help, yes. But evil, no.

But they were fascinating. The star of the film, in his own way, was a middle-aged reformed egg collector with a six year-old son and a mouth that moved a bit quicker than his brain. I won’t name him, because he is on the road to a new career with a new name (and I wish him well) but he came across as a likeable bloke who probably took a couple of wrong turns on his path through life and has been trying to find the right track ever since (and he was there in the cinema yesterday).

If you get the chance to see this film then I recommend it if you are interested in birds and what people think about them, and interested in the more extreme obsessions of human nature.  It was really interesting, and quite different from anything I have ever seen before.

Funnily enough, I have been talking to my publisher about writing a book that would cover some of this ground and I’m not sure whether this film has made me keener or less keen to do so. I’ll think about it for a while. 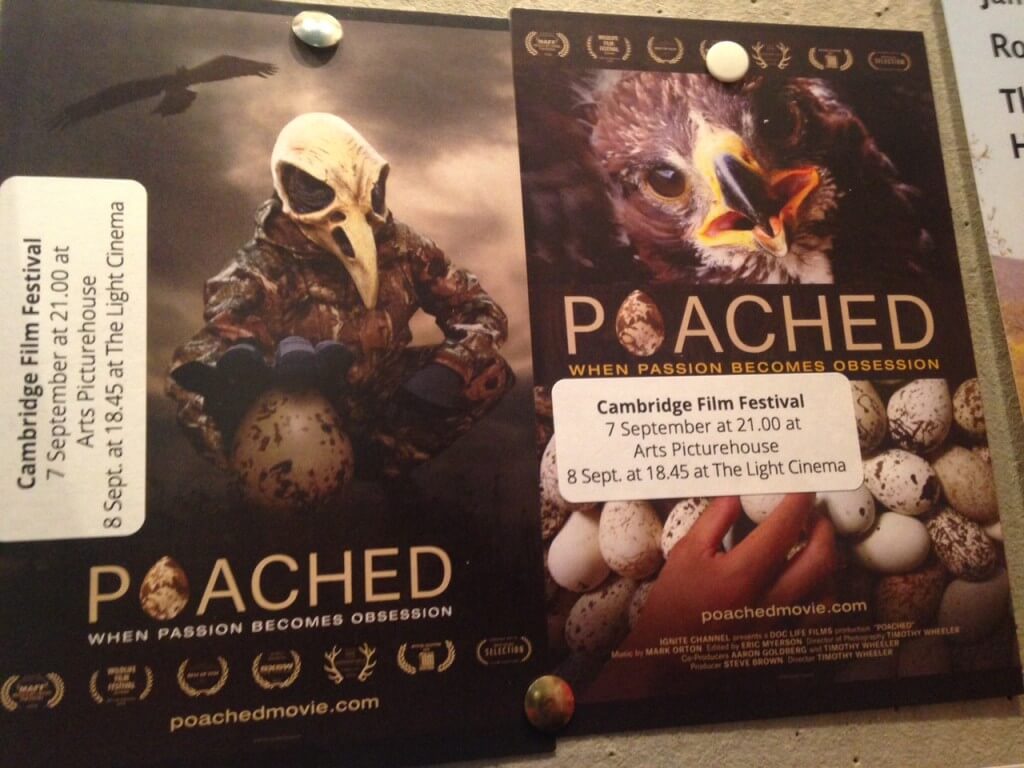