Scraping the bottom of the barrel for something to say, the GWCT reach for an anecdote from their work rather than the major study. I am grateful for the GWCT’s own blog for highlighting how much in a spin the organisation is by drawing attention to their letter in the Daily Torygraph before Christmas.

Apparently the Chaffinch is a declining species (a real countryman says?) and needs a bit of ‘balance’ to survive the ravages of predators.  Let’s not rake over this old ground again. [As you can see, the Chaffinch has increased in numbers by about a third since 1970].

But let’s also not let the GWCT forget, as they appear to have done, that their very clever and talented (and principled) Nicholas Aebischer was involved as an author of the Songbird Survival-funded reanalysis of the BTO database which examined the issue of predators and songbird species like Chaffinches. It found precious little evidence for any impacts at all. Plucking an anecdote out of the air cannot trump a proper analysis.

Here’s the paper , authored by one of his own staff,which the GWCT Director of Research needs to revise.

And, remember this recent review doesn’t seem to give the GWCT view much support either. 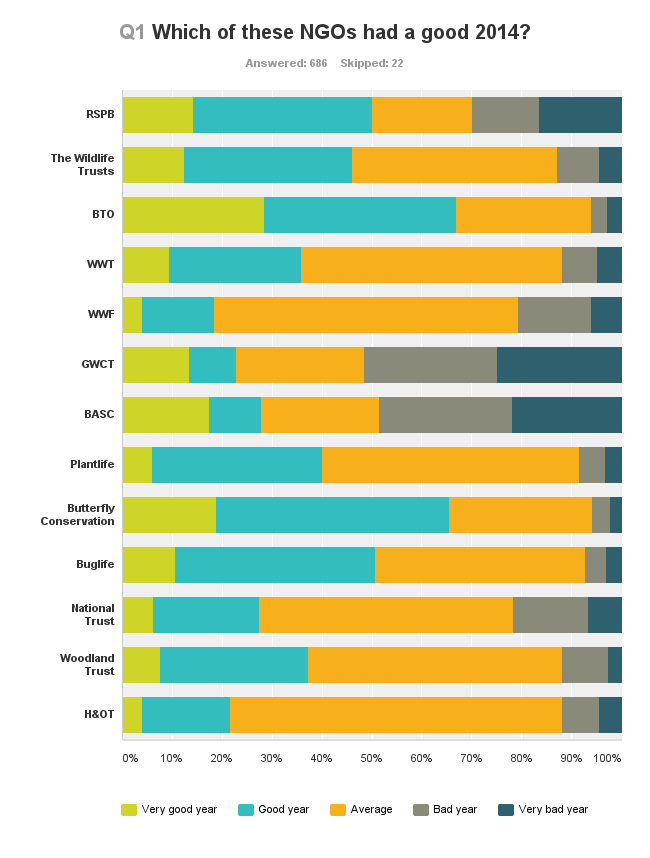 Remember too, that the GWCT was, arguably, viewed less favourably than any other organisation by the readers of this blog (a wise but not entirely representative bunch of folk).

I used to admire the GWCT greatly, but I certainly don’t in this day and age, and their best days may all lie in the past, or some of them might, with a big change of tack, lie in the future, but I can’t feel that we are currently living through them.

One problem that I’m sure the GWCT has, is that their members, including the large shooting estates, want the GWCT to say things that GWCT’s scientific background and history (and past successes) make it very difficult to say.

The value of the GWCT to the shooting industry is partly that they do some useful research but also that in days gone by, their word would count for something with the rest of us. Now it counts for less and less.  It’s a sad decline, yes I am sad to see it, which has been driven by the shooting industry’s inability to embrace change and move with the times.

I’d like to see a revival in the GWCT’s image and reputation, but it doesn’t appear to be on the horizon.

15 Replies to “Game Conservancy research to save the Chaffinch – a nation rejoices!”