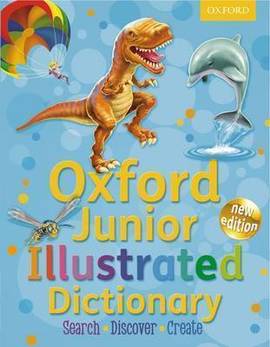 Internationally-acclaimed author Margaret Atwood, former Poet Laureate Sir Andrew Motion and former Children’s Laureate Michael Morpurgo are among 28 major literary and media figures who have today written to the Oxford University Press. They are calling for the reinstatement of a host of words connected with nature and the countryside that have been removed from the Oxford Junior Dictionary.
This campaign is run by Laurence Rose who wrote a Guest Blog on it here.
Reconnecting kids with nature is vital, and needs cultural leadership.
We the undersigned are profoundly alarmed to learn that the Oxford Junior Dictionary has systematically been stripped of many words associated with nature and the countryside. We write to plead that the next edition sees the reinstatement of words cut since 2007.
We base this plea on two considerations. Firstly, the belief that nature and culture havebeen linked from the beginnings of our history. For the first time ever, that link is in danger of becoming unravelled, to the detriment of society, culture, and the natural environment.
Secondly, childhood is undergoing profound change; some of this is negative; and the rapid decline in children’s connections to nature is a major problem.
This is not just a romantic desire to reflect the rosy memories of our own childhoods onto today’s youngsters. There is a shocking, proven connection between the decline in naturalplay and the decline in children’s wellbeing. Compared with a generation ago, when 40% ofchildren regularly played in natural areas, now only 10% do so, while another 40% never play anywhere outdoors. Ever.
Obesity, anti-social behaviour, friendlessness and fear arethe known consequences. The physical fitness of children is declining by 9% per decade,according to Public Health England.
For the first time ever, children’s life expectancy is lower than that of their parents – us.
When, in 2007, the OJD made the changes, this connection was understood, but less well publicised than now. The research evidence showing the links between natural play and wellbeing; and between disconnection from nature and social ills, is mounting.
We recognise the need to introduce new words and to make room for them and do notintend to comment in detail on the choice of words added. However it is worrying that incontrast to those taken out, many are associated with the interior, solitary childhoods of today. In light of what is known about the benefits of natural play and connection to nature; and the dangers of their lack, we think the choice
of words to be omitted shocking and poorly considered. We find the explanations issued recently too narrowly focussed on a lexicographical viewpoint without consideration for the social context.
In all, the names for thirty species of common or important British plants and animals have been removed – such as acorn and bluebell – along with many words connected with farming and food. Many are highly symbolic of our cultural ties with the land, its wildlife and produce.
This is what the National Trust says in their Natural Childhood campaign: Every child should
have the right to connect with nature. To go exploring, sploshing, climbing, and rolling in the outdoors, creating memories that’ll last a lifetime. Their list of 50 things to do before you’re 11 ¾ includes many for which the OJD once had words, but no longer: like playing conkers, picking blackberries, various trees to climb, minnows to catch in a net and so on.
The RSPB has commissioned a great deal of research on this. Among many findings is the fact that outdoor activity in nature appears to imp rove symptoms of ADHD in children by 30% compared with urban outdoor activities and 300% compared with the indoor environment.
It is no surprise that these and other organisations, including the NHS and Play England,Play Scotland and Play Wales have come together to create The Wild Network dedicated to reconnecting children and their families to nature – and to each other.
Will the removal of these words from the OJD ruin lives? Probably not. But as a symptom of a widely acknowledged problem that is ruining lives, this omission becomes a major issue. The Oxford Dictionaries have a rightful authority and a leading place in cultural life. We believe the OJD should address these issues and that it should seek to help shape children’s understanding of the world, not just to mirror its trends.
We believe that a deliberate and publicised decision to restore some of the most importantnature words would be a tremendous cultural signal and message of support for natural childhood, and we ask you to take that opportunity, and if necessary, bring forward the nextedition of the OJD in order to do so.
Margaret Atwood
Simon Barnes
Terence Blacker
Mark Cocker
Miriam Darlington
Nicola Davies
Paul Farley
Graeme Gibson
Melissa Harrison
Tony Juniper
Richard Kerridge
Gwyneth Lewis
Sir John Lister-Kaye
Richard Mabey
Robert Macfarlane
Helen Macdonald
Sara Maitland
Mike McCarthy
Hilary McKay
Andrew McNeillie
Sara Mohr-Pietsch
Michael Morpurgo
Jackie Morris
Stephen Moss
Sir Andrew Motion
Ruth Padel
Jim Perrin
Katrina Porteous
Likes