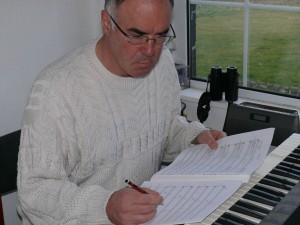 Laurence Rose has worked for the RSPB for over 30 years.  He also edits the website NATURAL LIGHT that explores the links between nature and the arts.
A is for acorn, B is for buttercup. No, make that analogue and broadband
C was for catkin, but now is for creep; D was for dandelion, but now is for database. In 2008 parents started noticing that the new edition of the Oxford Junior Dictionary had lost a host of familiar words, and had gained some new ones. This was nothing new: dictionaries – the Oxford English Dictionary apart – regularly remove obsolete words to make way for new ones. Nor was the removal of everyday words unexpected, since children’s dictionaries are necessarily selective even when it comes to words in current use. But, as Sara Maitland points out in her book Gossip from the Forest: The Tangled Roots of Our Forests and Fairytales it was the language of nature that was hardest-hit in the OJD’s cull. Childhood in the Oxford University Press’s world has shifted from one of nature and Christmas, to one of celebrity, cyberspace and fear of strangers.
Why does this matter? Well, compared with a generation ago, when 40% of children regularly played in natural areas, now only 10% do so, while another 40% never play anywhere outdoors. Ever. Obesity, anti-social behaviour, friendlessness and fear are the consequences. As they grow up (with a lower life expectancy than their parents – the first time in recorded history that has happened), we can expect an incomprehension of the natural world and an inability to manage its delicate balance, or to fix it when the balance goes wrong.
The toll of lost words will come as a surprise to anyone who still regards connecting with nature a vital part of growing up. Many are long-standing and much-loved symbols of our ancient cultural ties with the land, its wildlife and produce. 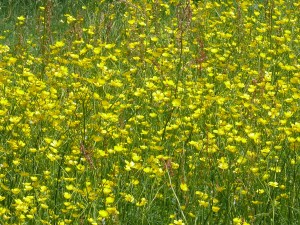 Generations of children have grown up holding buttercups under their chins to see if they love butter. But in a Plantlife survey the bluebell was overwhelmingly voted the nation’s favourite flower. It revealed a strong cultural connection and a national love of a uniquely British scene: our bluebell carpets make up around 50% of the world’s population of the species. Buttercups and bluebells are two of more than a dozen wild flowers that have been removed.Our centuries-old attachment to trees is reflected in the games, poems, songs and books of childhood. But if, reading The Wind in the Willows, singing The Holly and the Ivy, playing conkers or collecting acorns are less popular than before, is this a reason to remove these words from the dictionary, or a reason to keep them in?

Tarka’s creator may these days be persona non grata but is that a reason to banish the otter from our children’s vocabulary?

Every budding birdwatcher’s eye is drawn to the page with the kingfisher on it. Possibly our brightest bird, yet difficult to see: a real test for a young naturalist’s fieldcraft. Although the starling is in serious decline, there are places where kids can still witness its jaw-dropping aerial displays. They just can’t look up the bird as, along with the kingfisher, as well as the lark, cygnet, drake, heron, raven, thrush and wren, the starling is already extinct in the pages of the OJD. 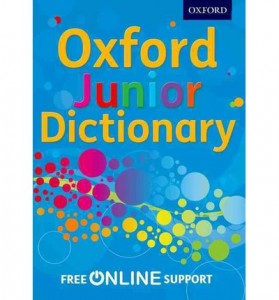 In a statement issued last week, Oxford University Press state ‘all of our dictionaries …. are based on top quality lexicographical research – monitoring and researching how language is evolving, and applying the highest of editorial standards. …… Importantly, all of our dictionaries are designed to reflect language as it is used, rather than seeking to proscribe certain words or word usages’.
If we accept that the OJD isn’t the OED, and that it can’t keep adding new words without removing some, all the more important that decisions are not based solely on the dry rigour of the lexicographer. The Oxford brand has earned its authority and role as a cultural leader. This brings responsibility for helping to shape children’s understanding of the world, not just to mirror its trends.
So I have asked when we can expect the next edition to be published, something the OUP would not reveal for commercial reasons. I asked whether any of the lost words will be reinstated, and have not yet had an answer. I feel that OUP did not consider the cultural signal being sent out in removing what for me seems a disproportionate number of nature words. The specific choices seem to include some of the words most symbolic of the relationship between childhood and nature and, therefore, culture and heritage. Any sign that that ageless connection is being lost is not just an interesting lexicographical phenomenon, it is a concern that any organisation that claims cultural leadership must help to rectify.
[registration_form]

8 Replies to “Guest Blog – A is for acorn, or analogue? by Laurence Rose”